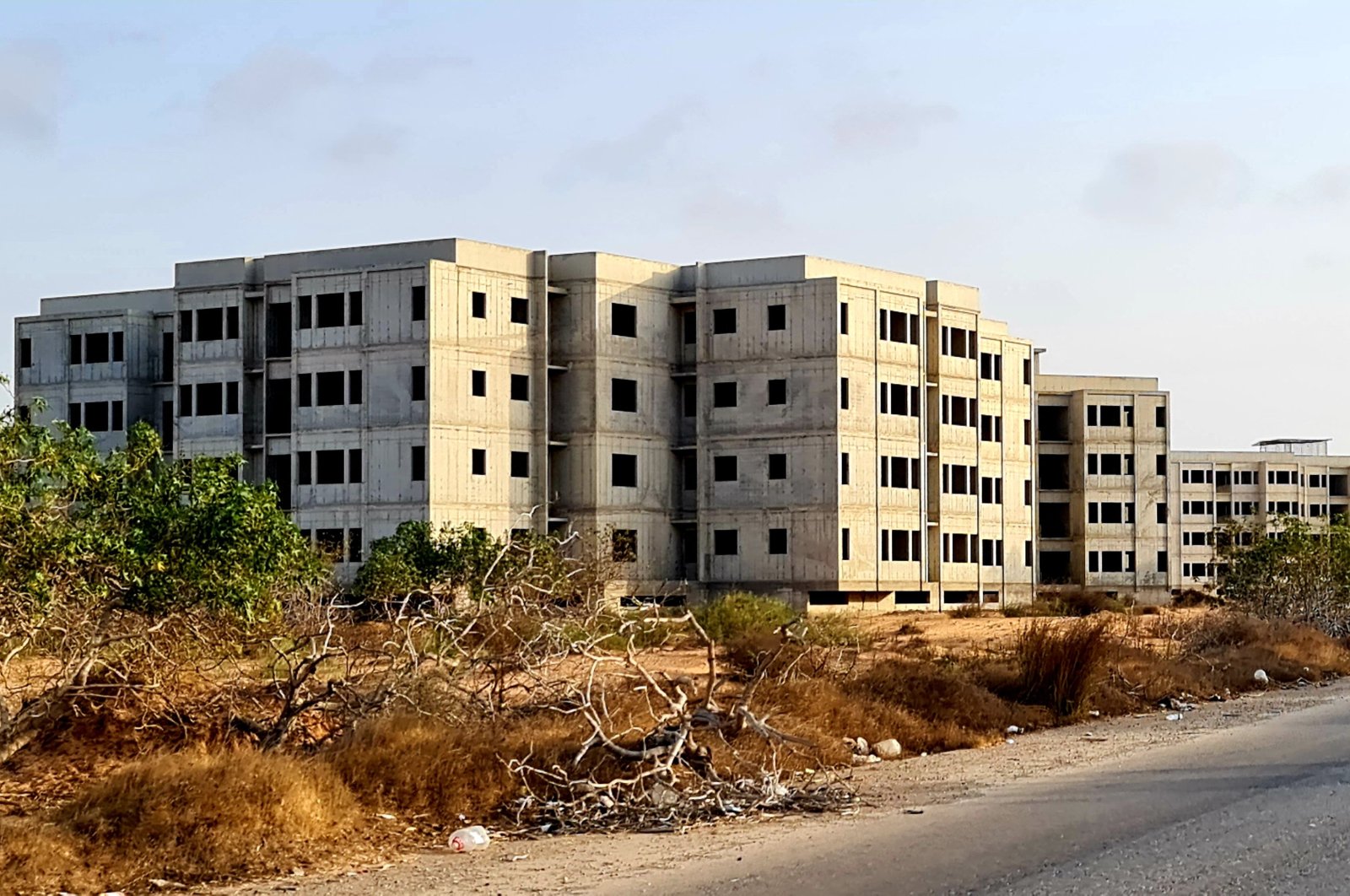 A picture taken Aug. 13, 2021, shows unfinished residential buildings after their construction was halted in 2011, in the coastal city of Tajura, east of the capital Tripoli, Libya. (AFP Photo)
by DAILY SABAH WITH AA Aug 22, 2021 1:52 pm
RECOMMENDED

He said the prisoners were handed over to the Libyan Army at the al-Khamsin Gate, west of Sirte city.

"The prisoners arrived in Misrata, northwest of Libya, and will be offered medical check-ups before handing them over to their families," Darah said.

Turkey had backed the internationally recognized Tripoli-based Government of National Accord (GNA), against Haftar's forces, which was supported by Russia, Egypt, the United Arab Emirates (UAE) and France.

Libya has witnessed positive developments in the last few months following a breakthrough after rival parties agreed Feb. 5 on a unified new executive authority that will govern Libya in the lead-up to national elections scheduled for Dec. 24.

Most recently, the United Nations Support Mission in Libya (UNSMIL) has warned rival parties in Libya to refrain from any military mobilization that could obstruct the North African country’s path toward elections in December.

In a written statement shared on Twitter Thursday, UNSMIL urged all parties to “refrain from any mobilization or deployment of security elements and troops that may be perceived as an escalation and may undermine the implementation of the Oct. 23, 2020, cease-fire agreement.”

It further urged all parties to respect the lines of demarcation as they were at the time of the signing of the cease-fire agreement.