1M to face starvation due to drought in Madagascar: Amnesty 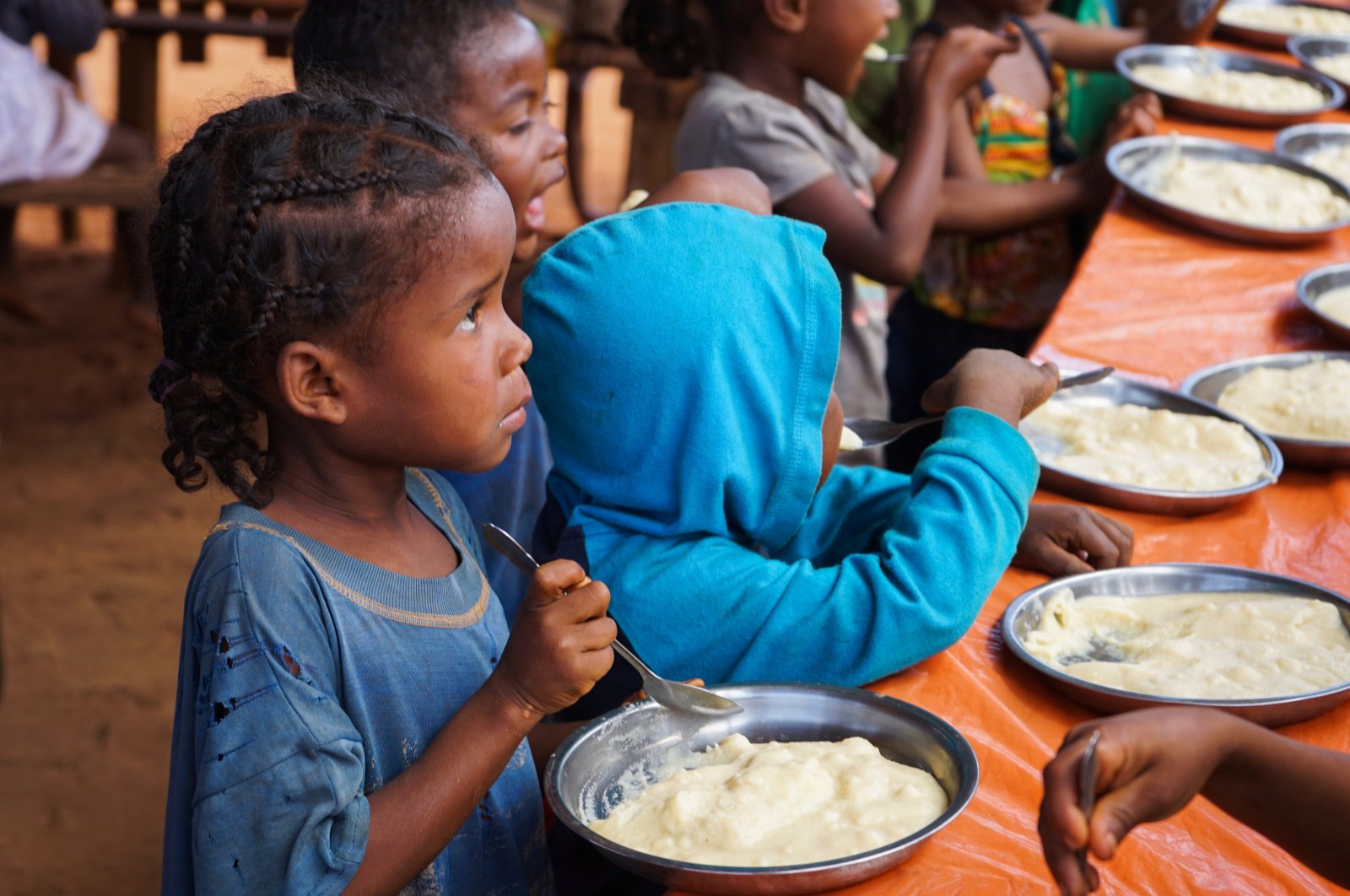 Climate change hit Madagascar hard as Amnesty International urged the global community to provide humanitarian assistance to combat the effects of drought on the island nation.

"Madagascar is on the front line of the climate crisis. This means that 1 million people are facing a catastrophic drought and violations of their rights to life, health, food and water. This includes the risk of starvation," the head of Amnesty International Agnes Callamard was quoted in the report released Monday.

The Malagasy, according to the human rights organization, are facing a devastating drought in the south where 91% of the population lives below the poverty line.

The climatic crisis is causing "terrible suffering and death," it said.

In the southern region, which has been plagued by famine for the last 40 years, 1.14 million people out of more than 27 million are facing a high level of acute food insecurity and 14,000 are in a state of "catastrophe," said Amnesty, referencing a United Nations' Food and Agriculture Organization (FAO) report published in May.

The same source reported that 95% of the Malagasy people in the south live from agriculture, livestock breeding and fishing activities that have been threatened in recent years by below-average rainy seasons.

Climatic hazards "have led to a severe decline in the production of staple foods, notably rice and cassava, as well as a decrease in the size and condition of herds. The drought has also decimated herds, which has further eroded people's livelihoods," according to FAO as quoted by Amnesty International.

The crisis has also forced migration in search of food, depriving children of a future by forcing them to drop out of school and look for work because of hunger, Amnesty noted.

For all those reasons, Amnesty urged the international community to "immediately" further assist the population with additional funds for the losses and damages suffered.

"Countries that have contributed most to climate change and those with the most resources available must also provide additional financial and technical assistance to help people in Madagascar better adapt to the consequences of climate change, including increasingly long and intense droughts," it said.

World leaders must take "concrete and courageous steps to collectively reduce CO2 emissions by at least 45% from 2010 levels by 2030, and to achieve zero emissions by 2050,” said the humanitarian organization.

It also called for the right to information and participation in climate-related decision-making to be guaranteed for affected people at all levels.