Above all, scientists fear tipping points of climate change 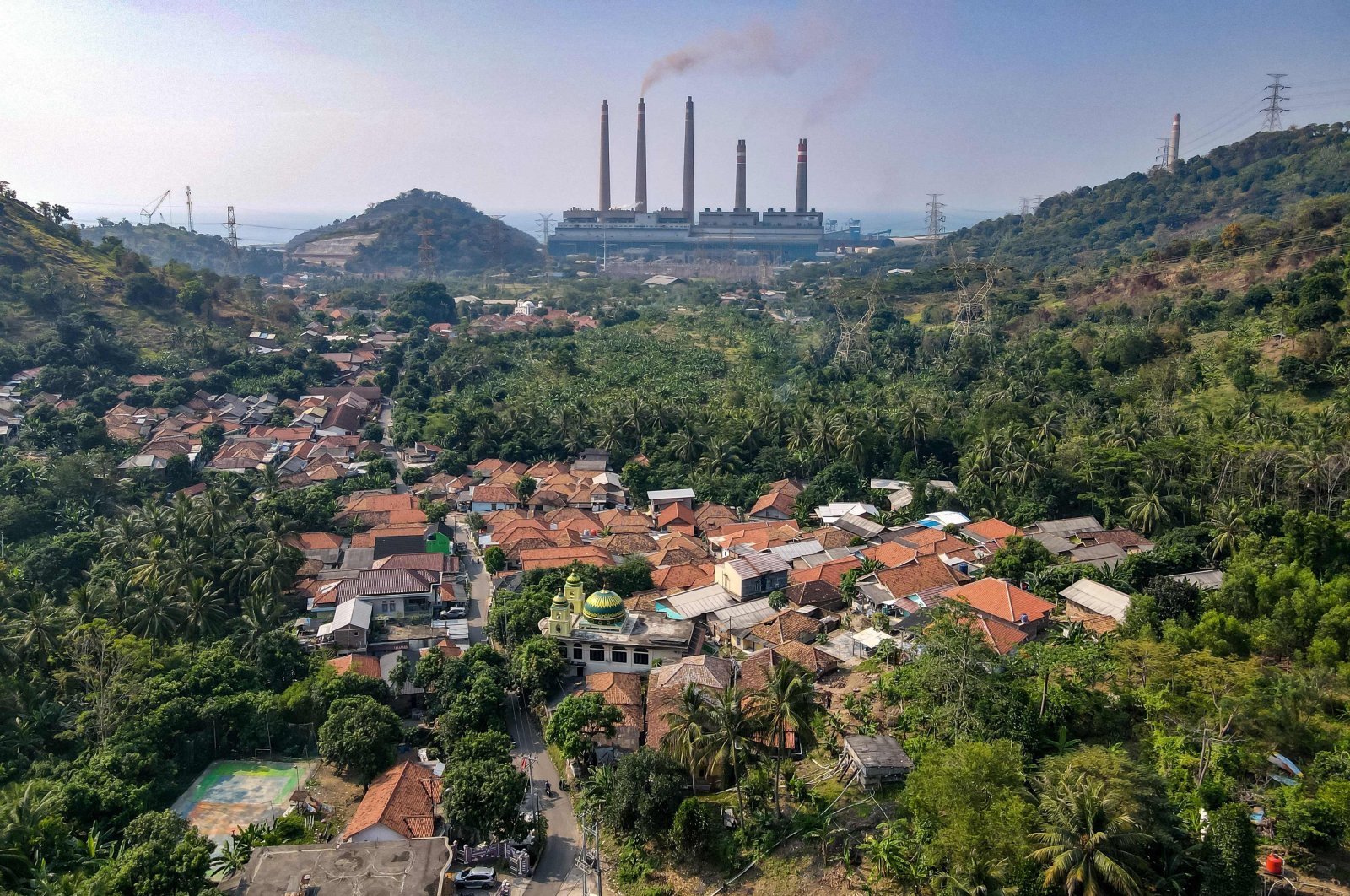 As the United Nations climate summit in Scotland's Glasgow approach, leaders from around the world are gearing up for a do-or-die showdown to limit global warming at 1.5 degrees Celsius (34.7 degrees Fahrenheit). However, breaching that limit may not be what scientists fear most.

The real disaster scenario begins with the triggering of invisible climate tripwires known as tipping points.

"Climate tipping points are a game-changing risk – an existential threat – and we need to do everything within our power to avoid them," said Tim Lenton, director of the Global Systems Institute at the University of Exeter.

Anyone who has leaned back in a chair balancing on two legs knows there is a threshold beyond which you irrevocably crash to the floor.

That portal between two stable states – in this case, an upright versus a fallen-over chair – is a tipping point, and Earth's complex, interlocking climate system is full of them.

If temperatures rise enough to melt the ice sheets atop Greenland and West Antarctica, it could lift oceans more than a dozen meters (40 feet).

The Amazon tropical forest, upon which we depend to soak up carbon pollution, could turn into a savannah.

Or shallow subsoil known as permafrost – mostly in Siberia – tenuously holding twice the amount of greenhouse gases already in the atmosphere could see those harmful emissions seep into the air.

"We have seen a number of tipping points already in coral reefs and polar systems, and more are likely in the near term," the United Nations' Intergovernmental Panel on Climate Change (IPCC) said in a draft report on climate impacts, due out in February, obtained by Agence France-Presse (AFP).

In most cases, reversing the changes set in motion would be beyond the grasp of humanity for many generations, if not millennia

One of the first scientists to unlock the secret of tipping points recalled suddenly understanding some 15 years ago why they were so ominous.

"It was an 'Oh Shit!' moment," Hans Joachim Schellnhuber, founding director of the Potsdam Institute for Climate Impact Research (PIK), told AFP in an interview.

"That means you have so many points of no return."

In Antarctica, more than half the ice shelves that prevent glaciers – some larger in area than England and Scotland combined – from sliding into the ocean and lifting sea levels are at risk of crumbling due to climate change.

"It is like uncorking a bottle, and we are uncorking them one by one," said Schellnhuber.

Earth-altering tipping points have different temperature thresholds. Scientists know these tripwires are there, but not exactly where they lie.

Even more unsettling is how easily our already belabored efforts to eliminate carbon pollution could be overwhelmed by the changes we are setting in motion.

If thawing permafrost surrenders as much carbon dioxide as humanity stops emitting, we find ourselves fighting a war on two fronts: on top of the struggle to slash our own emissions, we'd have to cope with those generated by the planet itself.

How many are there?

Scientists count about 15 significant tipping points in the planet's climate system. Some are regional, others are global, all are interconnected.

Those least resistant to global warming and closest to a point of no return are tropical coral reefs, the West Antarctic and Greenland ice sheets, alpine glaciers, Arctic summer sea ice and the Amazon forest.

Parts of the climate system more resistant to rising temperatures include the global currents that redistribute heat through the oceans, the Arctic jet stream, the Indian monsoon, El Ninos in the Pacific and desertification in the Sahel.

While permafrost probably doesn't have a single temperature tripwire, the IPCC estimates it will release tens of billions of tons of carbon dioxide for every extra degree of global warming.

The last holdout would be East Antarctica's ice sheet, which holds 56 meters worth of sea-level rise.

Why are we hearing about them now?

The IPCC's most recent mega-report is the first to give tipping points more than a cursory mention.

While scientists have long been aware of the danger that tipping points pose, part of the problem has been the inability of climate models – which are built to track gradual, linear change – to anticipate the timing or impact of abrupt shocks.

"Just because tipping points are challenging to predict doesn't mean they can be ignored," Lenton said.

What is the ripple effect?

A new wave of research is focusing on how sudden shifts triggered by tipping points ripple across the climate system, leading to possible chain reactions.

Accelerating melt-off from the Greenland ice sheet, for example, is almost certainly slowing down the conveyor belt of ocean currents known as the Atlantic Meridional Overturning Circulation (AMOC).

This, in turn, could push Earth's tropical rain belt southward and weaken the African and Asian monsoons, upon which hundreds of millions depend for rain-fed crops.

Scientists cannot rule out the possibility that the AMOC will stall altogether, as it has in the past. If this happened, European winters would become much harsher and sea levels in the North Atlantic basin could rise substantially.

There are dozens of other ways in which facets of the climate system are intertwined.

What is a 'hothouse Earth'?

Earth's past tells us that continuing greenhouse gas emissions "could tip the global climate into a permanent hot state," according to the recent IPCC report.

Think of it as the ultimate tipping point: "hothouse Earth."

A combination of more carbon pollution and emissions from permafrost and dying forests "might set us on such a trajectory in little more than a century," said Jan Zalasiewicz, a palaeo-biology professor at the University of Leicester.

Johan Rockstrom, PIK director, said a 2 degree Celsius cap on warming was "not a social or economic choice, it is actually a planetary boundary."

"The moment that the Earth system flips over from being self-cooling – which it still is – to self-warming, that is the moment that we lose control," he told AFP.

Tipping points are not currently taken into account when assessing the economic risks associated with climate change – but experts argue that they should be.

Once Earth's potential for nasty surprises is taken into account, the dollar damage to health and the environment caused by each ton of carbon dioxide emitted today – known as the social cost of carbon – would increase by at least a quarter, he found.

In other words, the greater the risk, the higher the cost.

But there is potential for positive change too.

Just like social momentum helped to spur rapid transitions – the ending of slavery or the dismantling apartheid in South Africa, for example – so it might be with climate change.

From electric vehicles and green investments to a global youth movement led by Greta Thunberg, a crescendo of change has experts wondering whether the world is turning the corner on climate.