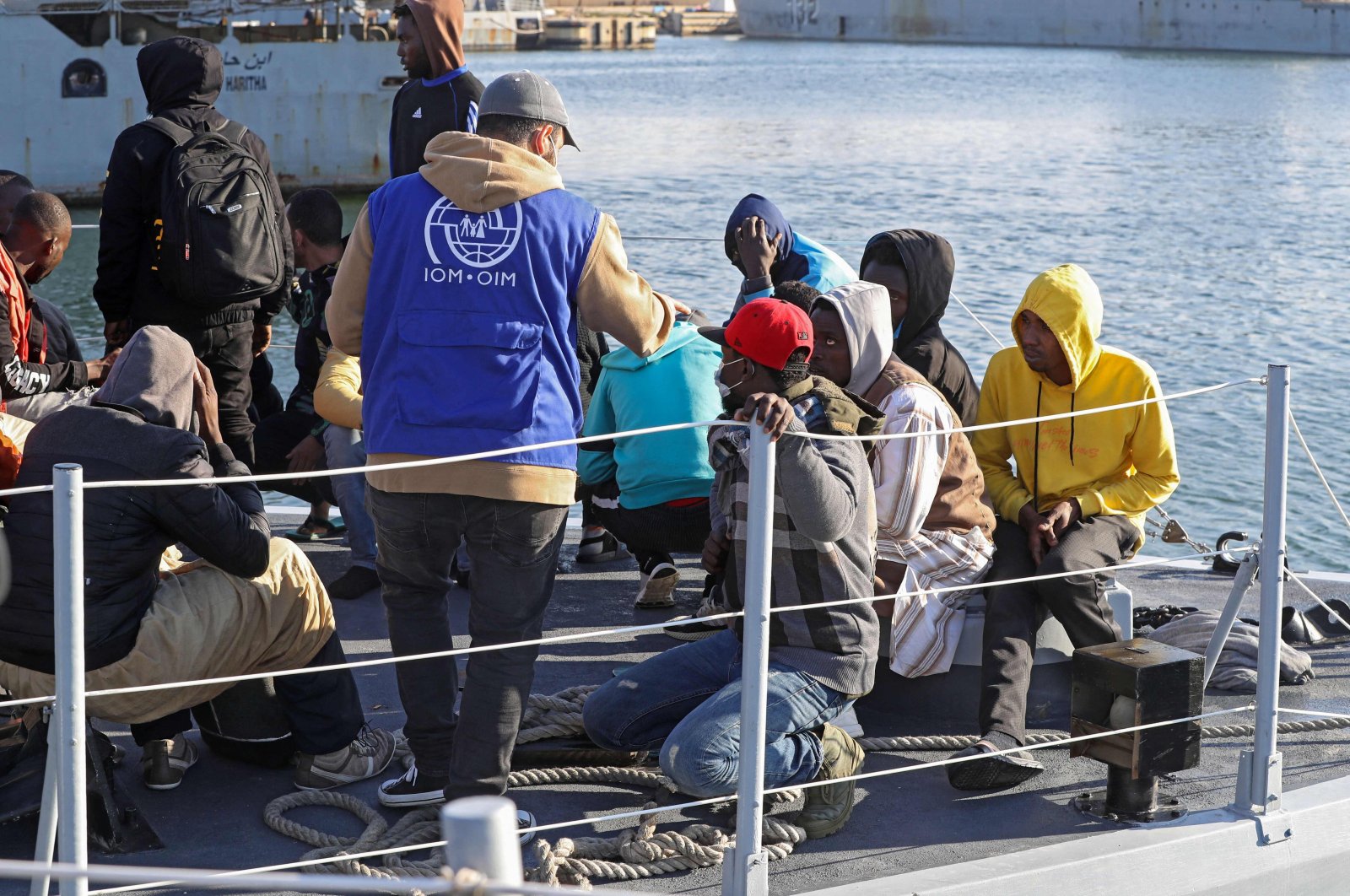 Migrants arrive at a naval base in the Libyan capital of Tripoli after the coastguard intercepted an inflatable boat carrying 138 Europe-bound migrants off its west coast, Tripoli, Libya, March 31, 2021. (AFP File Photo)
by Anadolu Agency Apr 27, 2021 9:44 pm

At least 172 people were killed in three different shipwrecks in the central Mediterranean Sea over the past few days and the number of drowning in the world's deadliest crossing more than doubled in 2021, the International Organization for Migration (IOM) said last week.

Most migrants make the perilous journey in ill-equipped and unsafe rubber boats.