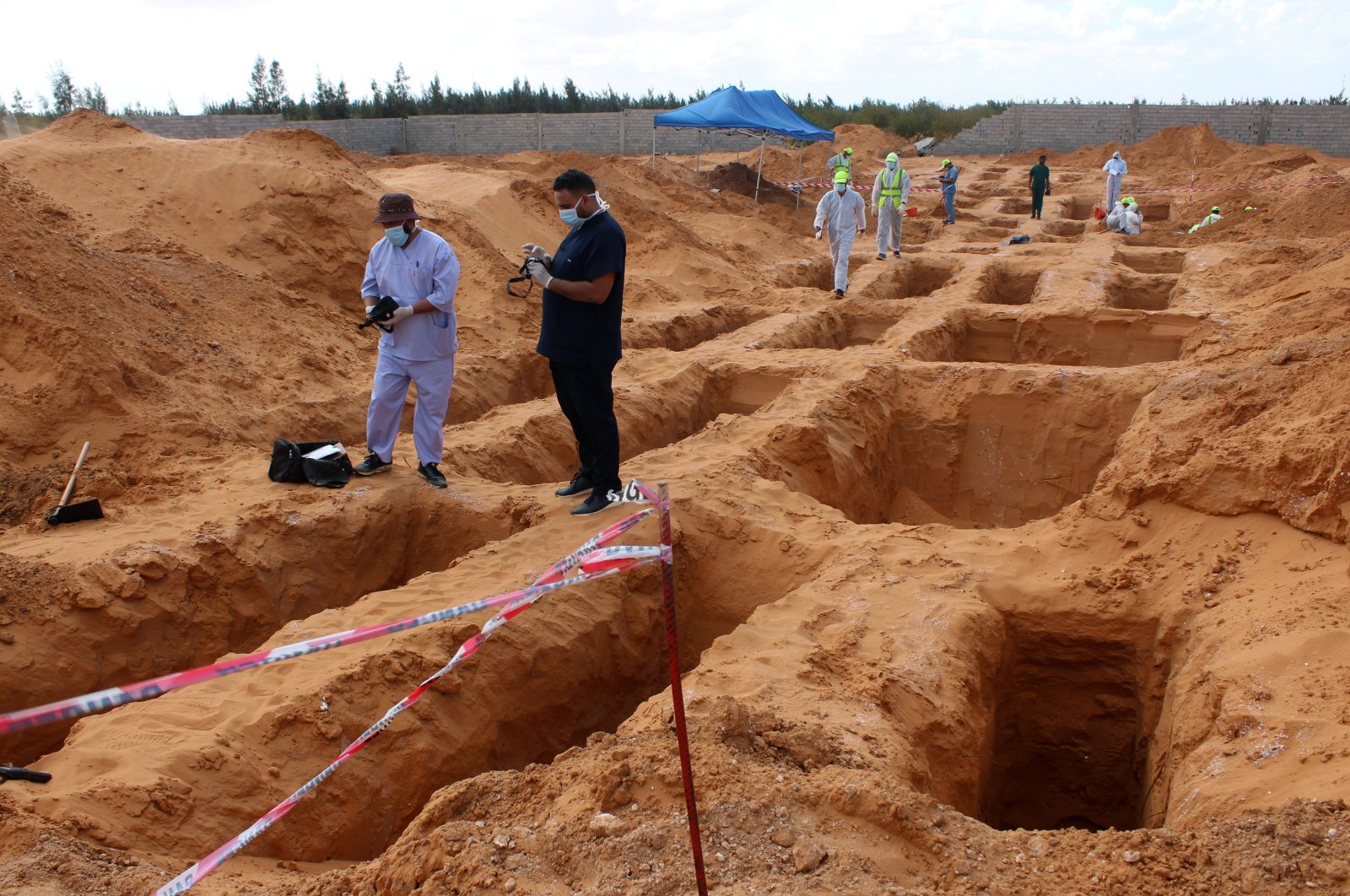 Located some 65 kilometers (41 miles) southeast of the Libyan capital of Tripoli, Tarhuna was under the control of the al-Kaniyat militia, which gained a reputation for its brutal tactics. Led by al-Kani, the militia had initially sworn allegiance to a former government in Tripoli. But it switched sides in the civil war and aligned with the east-based forces of Haftar in 2019.

Around 200 bodies have so far been found, according to the department for uncovering the remains, which said another "five graves were discovered" containing another 25 corpses.

The latest grim finds come after another 10 bodies were uncovered on Oct. 4.

On the same day, a United Nations fact-finding mission found that all parties to Libya's decadelong conflict have violated international humanitarian law since 2016, with some possibly guilty of war crimes.

Mass graves were initially discovered in Tarhuna in June 2020 following the withdrawal of Haftar.

The Kaniyat, members of the Kani family, had after seizing control of the town in 2015 then allied with Haftar, providing him with a rear base for his Tripoli operation that he launched in 2019.

The group "often abducted, detained, tortured, killed and disappeared people who opposed them or who were suspected of doing so," according to residents' testimonies cited by Human Rights Watch.

Their chief Mohamed al-Kani was shot dead in the eastern city of Benghazi in July and others are rumored to have fled east or abroad, reports that are not possible to verify.

Libya has seen a decade of violence since the fall in 2011 of dictator Moammar Gadhafi in a NATO-backed rebellion, with a myriad of militias and foreign forces becoming involved.

A cease-fire between eastern and western powers after Haftar's defeat last year paved the way for a U.N.-led political transition, with a unity government taking power this year to lead Libya to elections.