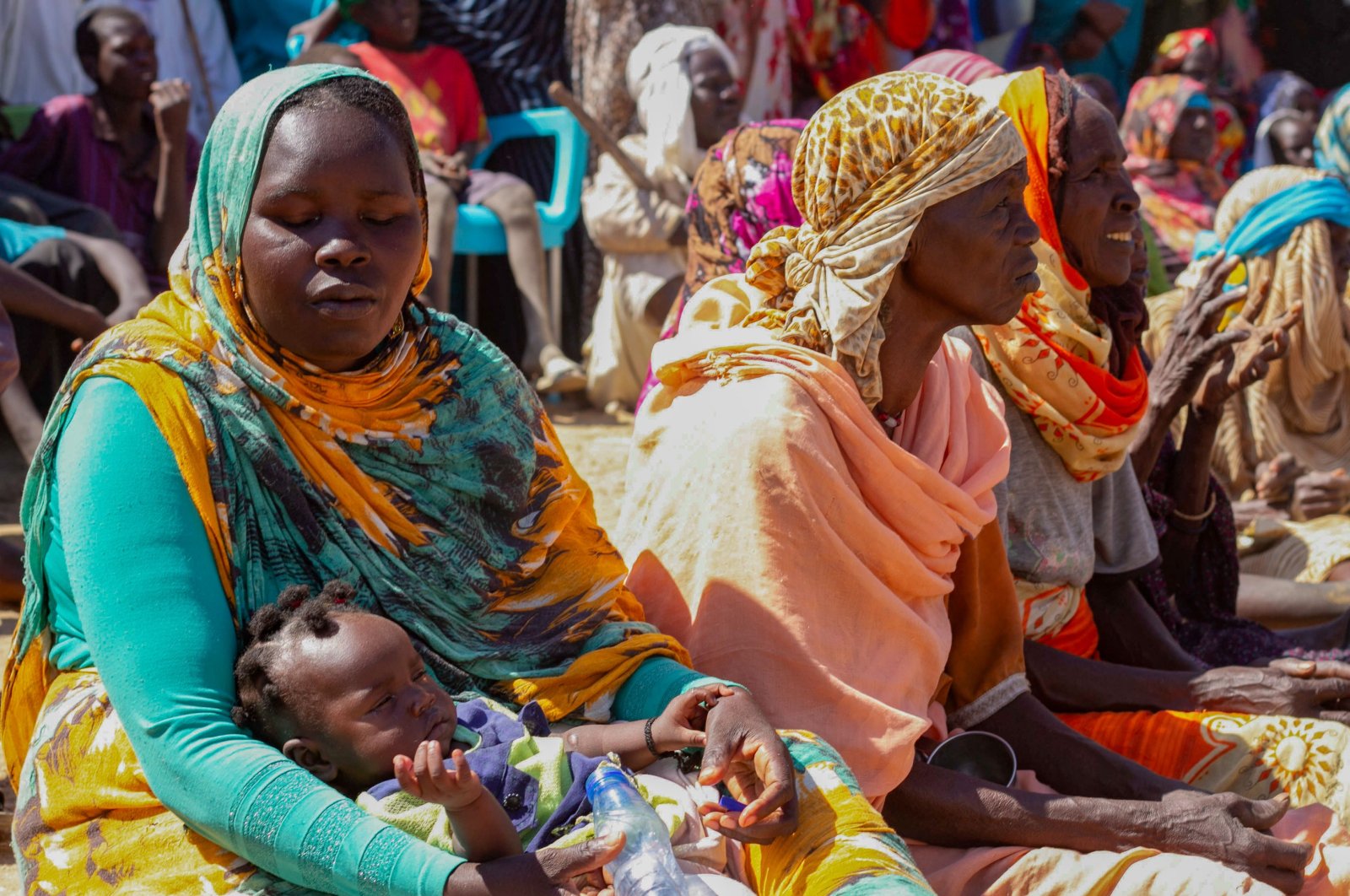 Sudanese internally displaced people stage a sit in to protest against the end of the mandate of the United Nations and African Union peacekeeping mission (UNAMID), in Kalma camp in Nyala, the capital of South Darfur, Sudan, Dec. 31, 2020. (AFP Photo)
by ASSOCIATED PRESS
Jan 23, 2021 3:21 pm

Tribal clashes in Sudan’s Darfur region have killed at least 250 people and displaced more than 100,000 people since erupting earlier this month, the U.N. refugee agency said.

The violence in the provinces of West Darfur and South Darfur has posed a significant challenge to the country’s transitional government.

Among those displaced were some 3,500 people, mostly women and children, who fled into neighboring Chad, according to Boris Cheshirkov, a spokesman for the UNHCR said Friday.

Those fleeing the violence into eastern Chad's Ouaddai province have been overwhelmingly forced to seek shelter — often nothing more than a tree — in remote places that lack basic services or public infrastructure, the spokesman added.

The U.N. agency said that Chad's current COVID-19 measures would require people to quarantine before accessing existing refugee camps. Before the latest influx, there were more than 350,000 Sudanese refugees in Chad, according to the agency.

The fighting in West Darfur between members of the Arab Rizeigat tribe and the non-Arab Massalit tribe grew out of a fistfight Jan. 15 in a camp for displaced people in Genena, the provincial capital. Four days later, the clashes in South Darfur erupted between Rizeigat and the non-Arab Falata tribe over the killing of a shepherd.

The violence has been a major test for the Sudanese government’s ability to protect civilians in the war-torn region following the end of the joint U.N.-African Union peacekeeping force’s mandate in Darfur this month.

Sudan is on a fragile path to democracy after a popular uprising led the military to overthrow strongman Omar al-Bashir in April 2019, after nearly three decades of rule. A joint military-civilian government is now in power.