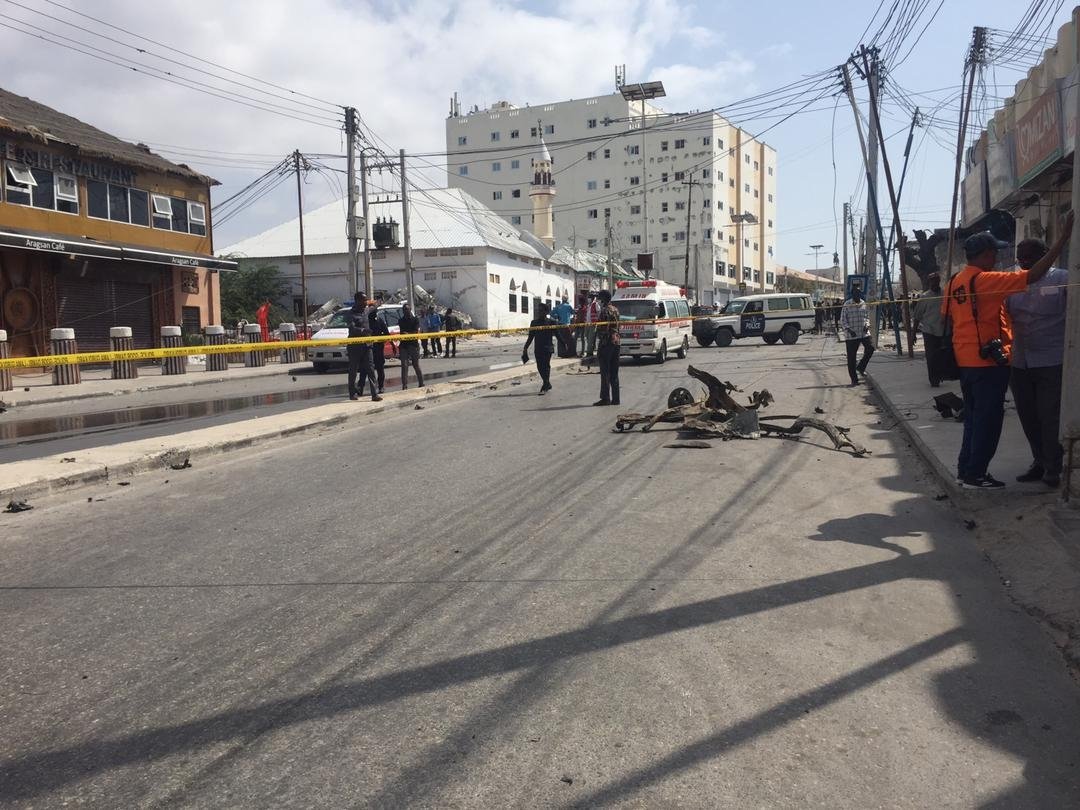 A huge blast from a car bomb targeting a security checkpoint near the headquarters of the Somali parliament rocked the capital Mogadishu on Saturday.

Three people were killed and eight wounded after a car bomb detonated near a security checkpoint in the Somali capital Mogadishu Saturday, a security official and witnesses reported.

"The police were chasing the hostile vehicle after spotting it a few kilometers away from where it exploded," the official, Abdirahman Mohamed, told Agence France-Presse (AFP).

"Three civilians died according to the information we have received so far and eight others are wounded," he said.

"The police opened fire on the vehicle and chased it and this allowed many people to flee. This has really limited the number of casualties the blast could have caused."

Witnesses said they heard gunfire and saw vehicles including three-wheeled tuk-tuks scatter before the heavy blast occurred on a key road.

"I was at a gym close to where the blast occurred, but thanks to God we have heard the gunshots before the blast. And this alerted many people including myself and we fled from the area to take cover before the vehicle reached the area of the explosion," said one witness, Dahir Osman.

Police said there had been no casualties and only seven had been wounded in the blast that destroyed eight cars and nine tuk-tuks. However, witnesses have contradicted the statement.

"My uncle was among the dead, I went there to collect his body and I saw another civilian who died in the blast as well," said Suleiman Ali.

An explosive-laden vehicle passed through a security checkpoint causing security forces to open fire before the vehicle exploded close to another checkpoint at the Sayidka junction, according to local media and police sources.

"The police, other security forces, and paramedics reached the scene and the road leading to the presidential palace were closed," he said.

"We do not know yet the number of casualties from the car bomb blast but the police started an investigation," the spokesperson added.

No group has yet claimed responsibility for the attack but al-Qaida-affiliated militant group al-Shabab, which is based in the country, carried out recent attacks in the Horn of the African country.

Earlier this week Somalia's president faced a leadership crisis as his term ended with no clear path toward elections, and an alliance of opposition parties declared they no longer recognized his authority.