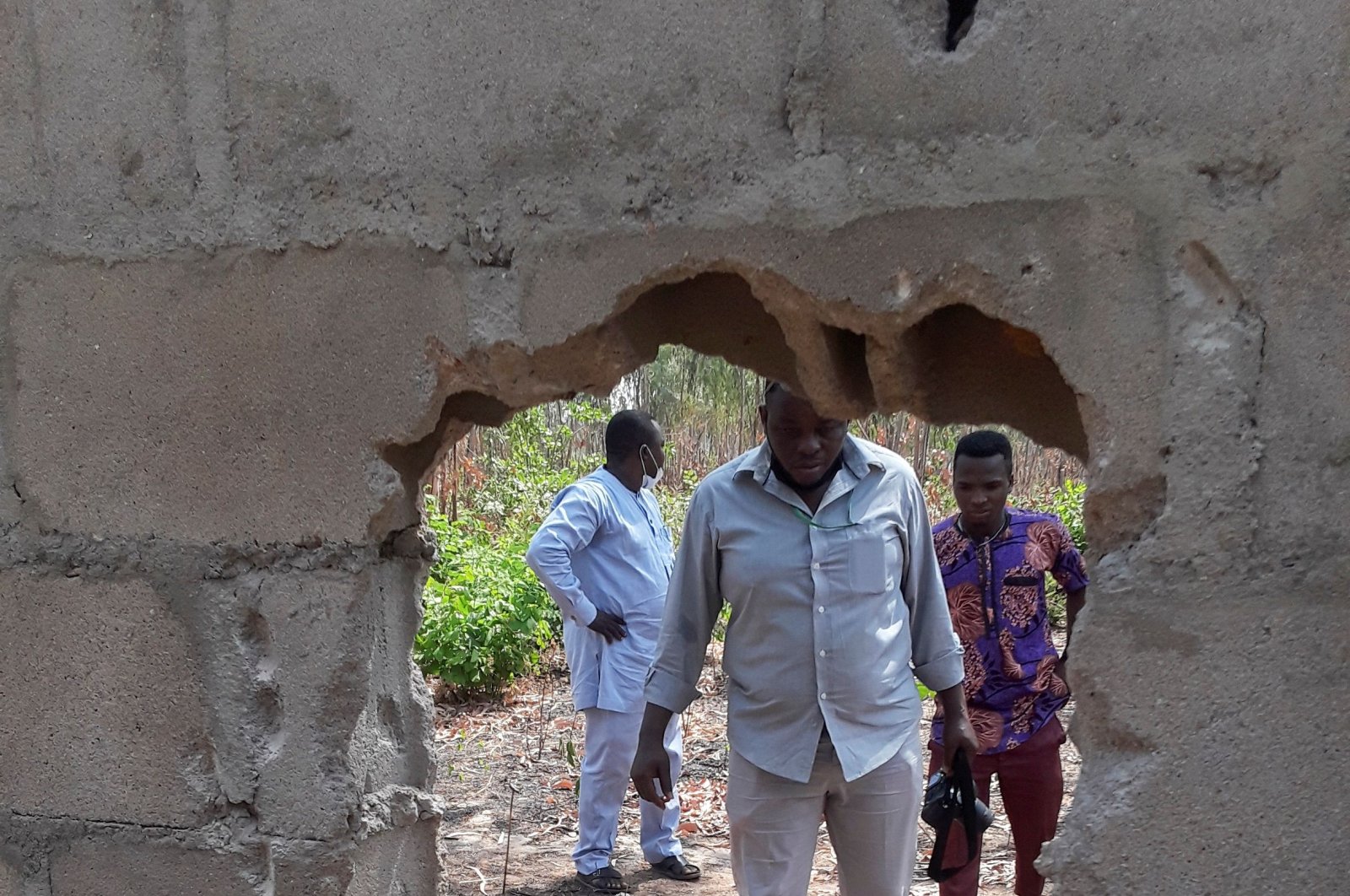 People are seen at the broken perimeter fence through which gunmen gained access to the male and female hostels at the Federal College of Forestry and Mechanisation in Kaduna, Nigeria, March 12, 2021. (REUTERS)
by REUTERS Mar 16, 2021 1:00 am
RECOMMENDED

Gunmen on motorbikes stormed a primary school in the northwestern Nigerian state of Kaduna and kidnapped three teachers but no children, a state official said on Monday. The country has been struggling with such school abductions for four months. A total of five abductions have taken place in the country over the last few months, as violent crime is on the rise.

Kaduna state's security commissioner, Samuel Aruwan, said in a press briefing that Rema Primary School, in the Birnin Gwari Local Government Area, was attacked at around 8:50am (0750 GMT) on Monday.

He said children fled as gunmen, referred to locally as bandits, entered the compound shortly after pupils arrived.

"This led to two pupils going missing. We are happy to inform you that the two missing pupils have been found," Aruwan said. "We can also confirm that no single pupil was kidnapped from the school.

"The government can confirm that three teachers... have been kidnapped."

It was the first attack on an elementary school in a wave of such attacks in which more than 700 people have been abducted since December, and it comes only four days after 39 students were kidnapped from Federal College of Forestry Mechanisation, again in Kaduna.

The trend of abductions from boarding schools was started by the extremist group Boko Haram, which seized 270 girls from a school in Chibok in the northeast of the country in 2014. Around 100 of them have never been found. Armed criminal gangs seeking ransoms have since carried out copycat attacks.

The city is the capital of Kaduna state, part of a region where banditry has festered for years. Nigeria's federal government has said it would "take out" abductors after criticizing local deals to free victims

The presidency said late in February that President Muhammadu Buhari had urged state governments to "review their policy of rewarding bandits with money and vehicles, warning that the policy might boomerang disastrously".

Attempts by the military and police to tackle the gangs have had little success, while many worry that state authorities are making the situation worse by letting kidnappers go unpunished, paying them off or providing incentives.

A presidency spokesman said he did not have the details of Monday's kidnapping.

Meanwhile, armed men attempted to kidnap more students in Kaduna state overnight on Sunday. The military managed to rescue the 180 students, including eight staff members, after a fierce battle with the gunmen.

The rampant banditry has become a political problem for Buhari, a retired general and former military ruler who has faced mounting criticism over the rise in violent crime, and replaced his long-standing military chiefs earlier this year.