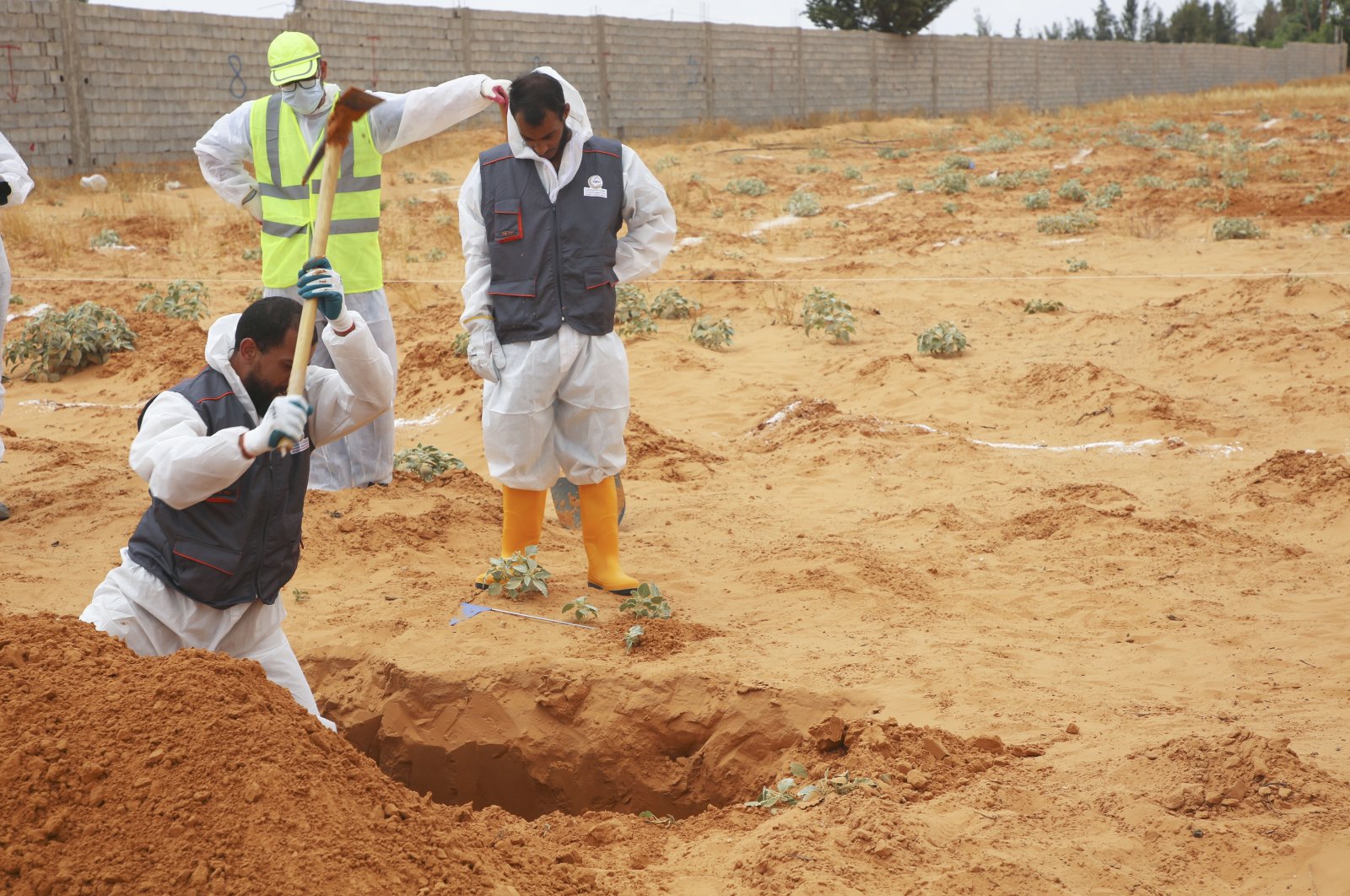 Another nine bodies were found in a new mass grave Wednesday in Libya’s Tarhuna province, which was liberated from forces loyal to putschist Gen. Khalifa Haftar.

The General Authority for Research and Identification of Missing Persons said in a statement that the mass grave was discovered in an agricultural area of Tarhuna.

It said the remains of nine bodies were exhumed from the grave and there is no information about the identities of the victims so far.

With the latest discovery, two graves have been found over the past week.

Fatou Bensouda, a former chief prosecutor of the International Criminal Court, told the United Nations Security Council in November that her office was working with the Tripoli government “in relation to these mass graves,” where many bodies were found blindfolded and with hands tied.

Haftar’s 2019 offensive, supported by Egypt, the United Arab Emirates and Russia, collapsed in June 2020 when the Tripoli government, with support from Turkey and Qatar, gained the upper hand. A U.N.-brokered cease-fire was reached in October that stopped hostilities.