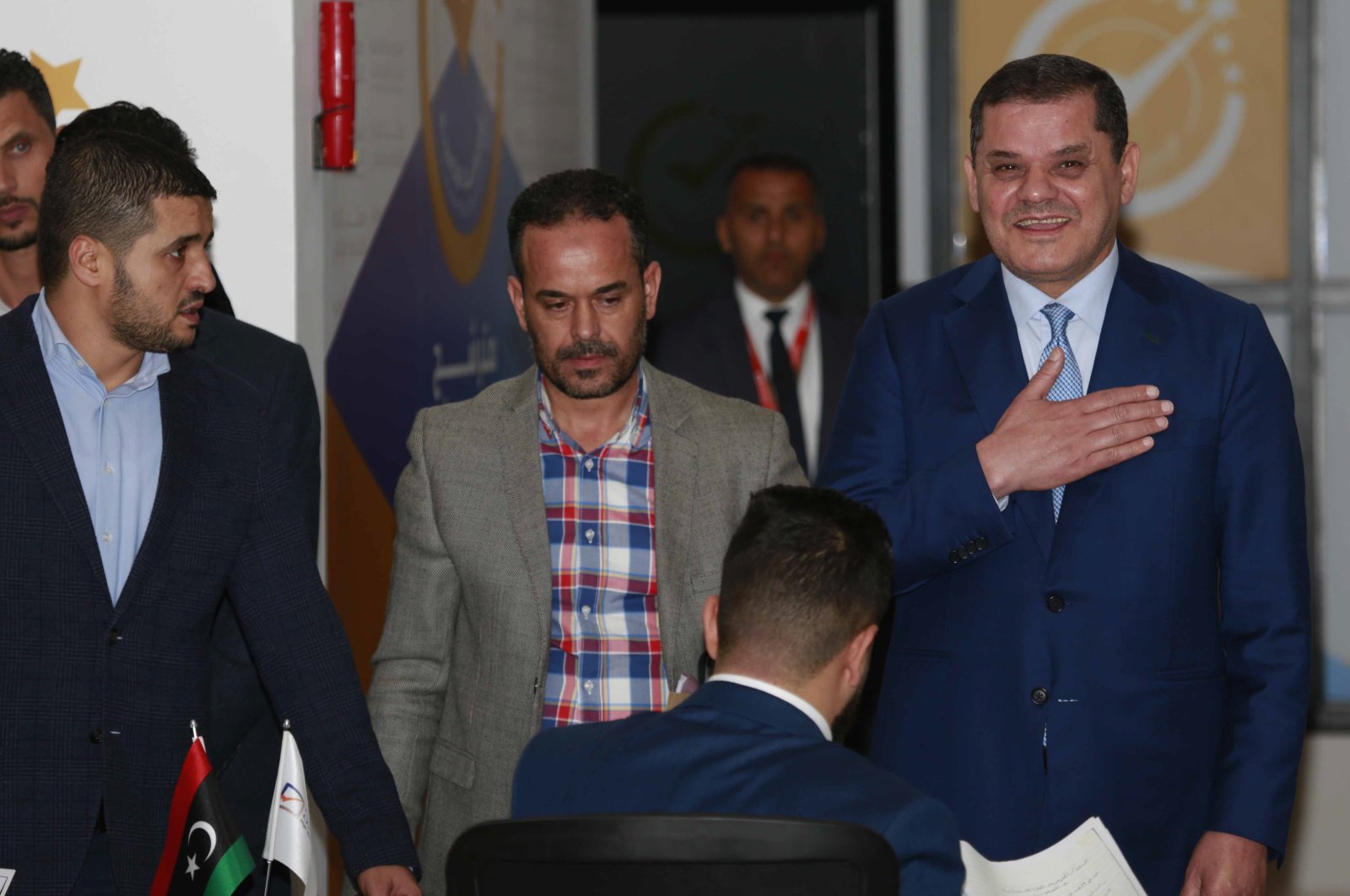 Prime Minister of the Government of National Unity in Libya Abdel-Hamid Mohammed Dbeibah submits his candidacy papers for the presidency of the country to the headquarters of the High National Elections Commission in the capital, Tripoli, Libya, Nov. 21, 2021. (AP Photo)
by Agencies Nov 23, 2021 3:25 pm
RECOMMENDED

Abdul Hakim Balkhair, an official in the High National Elections Commission, said the number of those whose files were initially accepted to run for the polls reached 98 candidates.

Registration for candidates in the Dec. 24 election ended on Monday.

The candidates' documents are being verified to check that they are eligible to run. Within days, an initial list of candidates will be announced.

After that, the commission will open a two-stage appeal process that will take 12 days before the final list of candidates is published, the head of the High National Election Commission, Emad al-Sayeh, told reporters.

Putschist Gen. Khalifa Haftar, who heads the eastern-based forces that carried out attacks against the internationally recognized government; Parliament Speaker Aguila Saleh; and Prime Minister Abdul-Hamid Mohammed Dbeibah, who has been leading a transitional unity government since March, have submitted their papers.

Seif al-Islam Gadhafi, the son of late Libyan dictator Moammar Gadhafi, also filed his application to run for president. An arrest warrant was issued by the International Criminal Court (ICC) against him in 2011.

Libya's presidential and parliamentary elections are set to take place on Dec. 24 under a U.N.-sponsored agreement reached by Libyan political rivals during meetings in Tunisia on Nov. 15, 2020.

The application deadline for those wishing to run for the presidency was Nov. 22. Nomination for parliamentary polls is still open till Dec. 7.