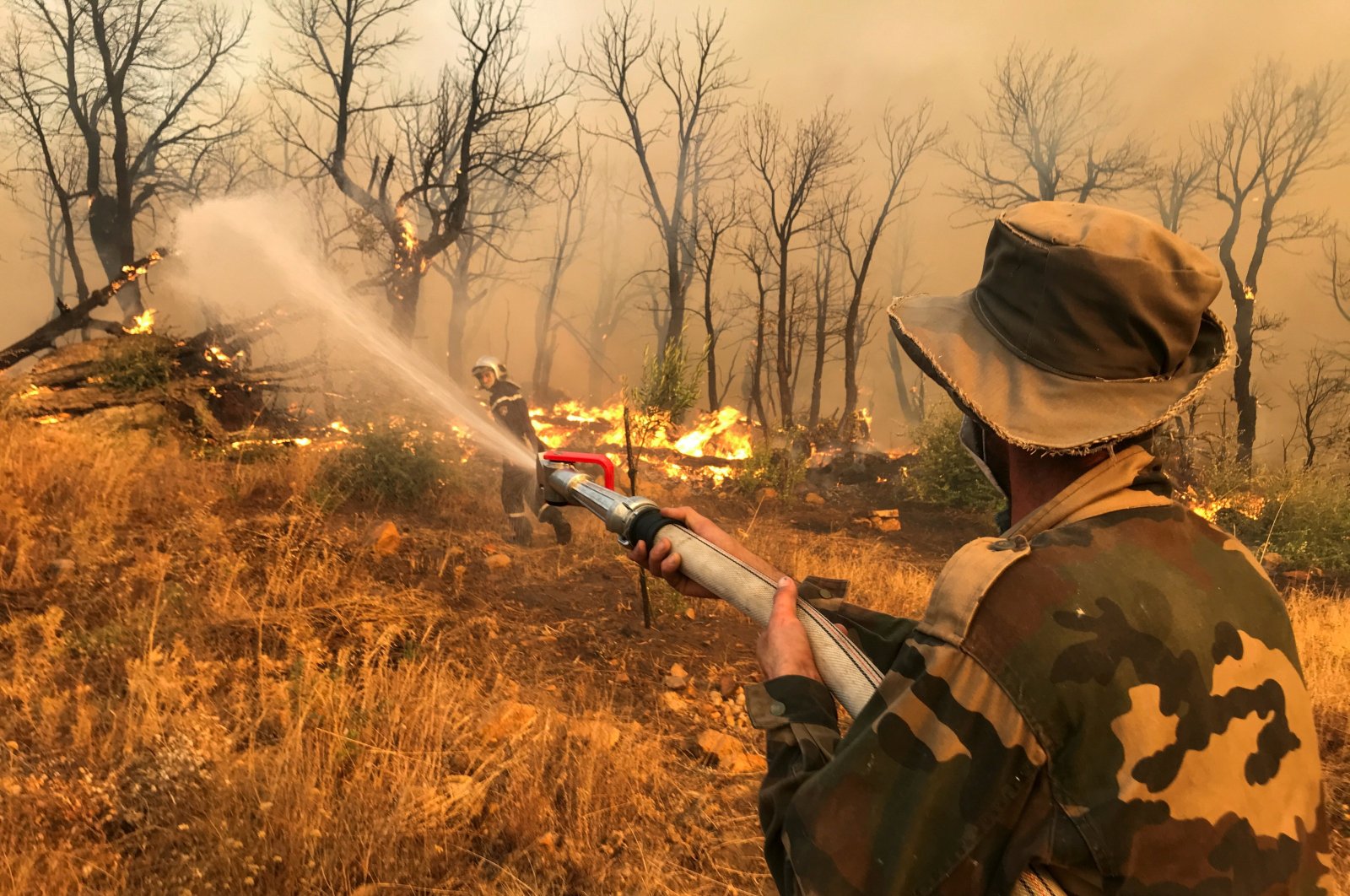 A man uses a water hose in an attempt to put out a fire, in Achallam village, in the mountainous Kabylie region of Tizi Ouzou, east of Algiers, Algeria, August 11, 2021. (Reuters Photo)
by REUTERS Aug 13, 2021 11:02 am
RECOMMENDED

Algeria has arrested 22 people suspected of being behind the most devastating wildfires in the country's history that killed 69 people, President Abdelmadjid Tebboune said Thursday, calling the fires a "disaster" and urging the preservation of national unity.

Dozens of forest fires have hit mountainous areas in northern Algeria since Monday, mainly in Tizi Ouzou, the main province of the Kabylie region east of the capital, Algiers. On Thursday, Algeria observed a national day of mourning for dozens of people killed.

"Some fires have been caused by high temperatures but criminal hands were behind most of them," Tebboune said in a live speech on state television. "We have arrested 22 suspects, including 11 in Tizi Ouzou. Justice will perform its duty."

At least 28 military men were among the dead as the North African country deployed the army to help firefighters contain fires that ravaged several houses in forested areas.

"It's a disaster ... a disaster. But our strength will not collapse," Tebboune said, praising aid caravans from other provinces to provide affected regions with food, medicine and donations of other materials.

In addition to soldiers on the ground, the army has been using six helicopters to extinguish blazes. They are supported by two firefighting planes hired from the European Union and which have been in action since early Thursday.

The government will receive two more planes from Spain on Friday and a third one from Switzerland in the next three days, Tebboune said.