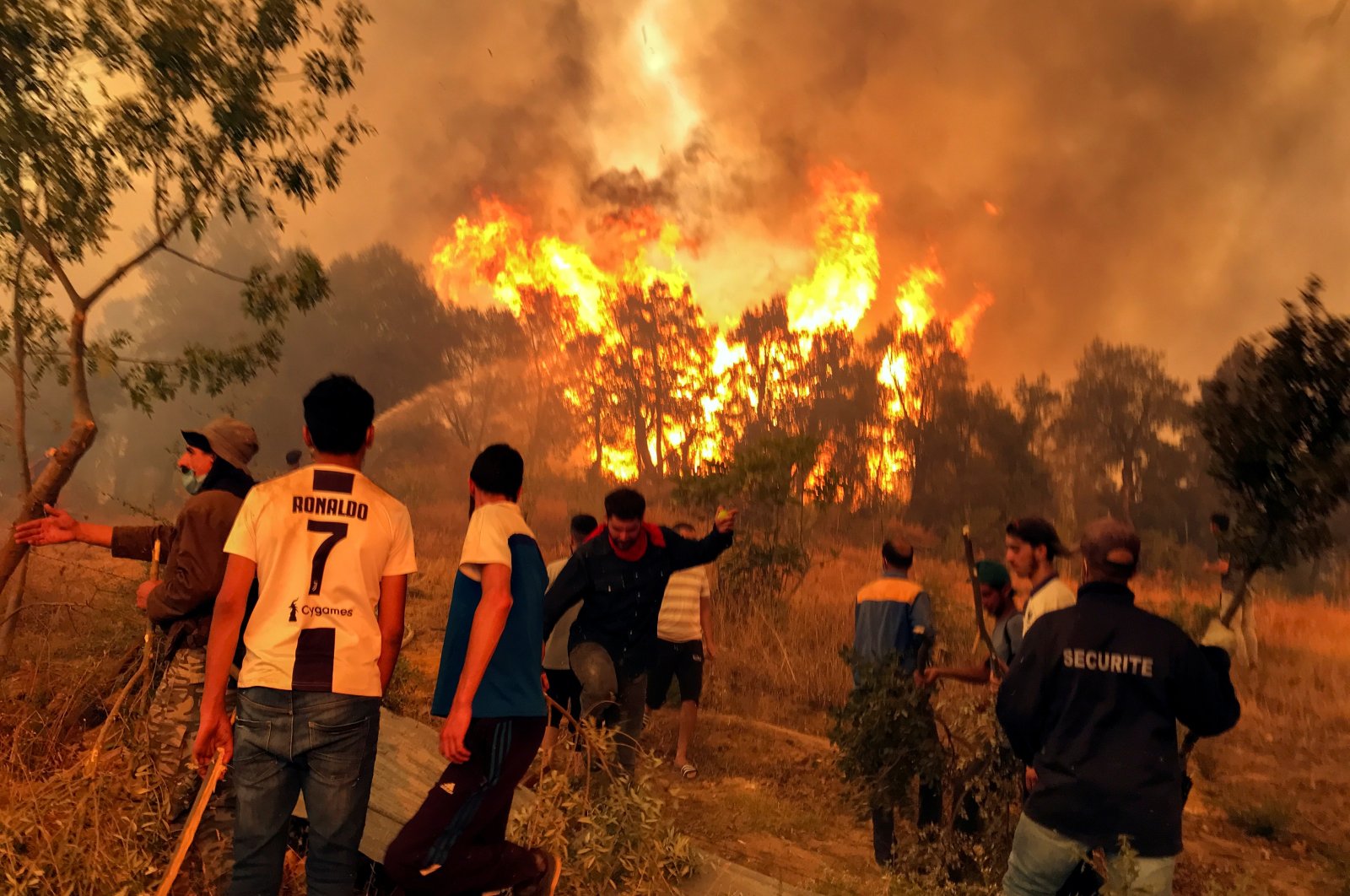 Blazes raged across northern Algeria on Thursday as the country observed a national day of mourning for dozens of people killed in the latest wildfires to sweep the Mediterranean.

The North African country has been in the grip of devastating fires since Monday that have claimed 69 lives – 41 civilians and 28 soldiers. Soldiers and civilian volunteers have joined firefighters on multiple fronts in the effort to extinguish the blazes fanned by windy and tinder-dry conditions.

In Tizi Ouzou district, the area with the highest casualty toll, an Agence France-Presse (AFP) journalist reported entire sectors of forest going up in smoke as far as the eye can see. Villagers forced to evacuate in order to escape the flames began trickling back to their homes, overwhelmed by the scale of the damage.

"I have nothing left. My workshop, my car, my flat. Even the tiles were destroyed," one of them told AFP. But he said he had "managed to save his family" while adding that "neighbors died or lost their relatives."

President Abdelmadjid Tebboune declared three days of national mourning starting from Thursday, and authorities say they suspect widespread arson after so many fires erupted in such a short space of time.

On the fourth day of the wildfires, efforts to overcome the blazes are continuing in many regions where civilians and soldiers often with limited means joined the fight. Images of trapped villagers, terrified livestock and forested hillsides reduced to blackened stumps have been shared on social media. Algeria is also chartering two firefighting planes from the European Union, aircraft recently used to stop fires in Greece.

France announced on Wednesday that it was sending three more aircraft. Neighboring Morocco, with whom Algeria has long had strained ties over Western Sahara, also expressed a readiness to help by providing two planes.

Faced with the scale of the disaster, pleas for help are multiplying in Algeria and beyond. "Individuals and associations are mobilizing ... by organizing collections of clothes, foodstuffs, medicines and hygiene products," said the TSA news website, calling it a "surge of solidarity."

High winds fueled the rapid spread of the flames in tinder-dry conditions created by a heatwave across North Africa and the wider Mediterranean. The authorities have raised the possibility of criminal behavior.

Four suspected "arsonists" have been arrested so far, but their identities or suspected motives have not yet been disclosed. Armed forces chief Said Chengriha visited soldiers in Tizi Ouzou and Bejaia, another badly affected area.

Across the border in Tunisia, the temperature in the capital Tunis hit an all-time record of 49 degrees Celsius (120 degrees Fahrenheit) on Tuesday. On the northern shores of the Mediterranean, deadly wildfires have been raging in Turkey and Greece for the past two weeks.

In Italy, where firefighters were battling more than 500 blazes overnight, Sicily recorded a temperature of 48.8 degrees Celsius (119.8 Fahrenheit) on Wednesday, which is believed to be a new European record.