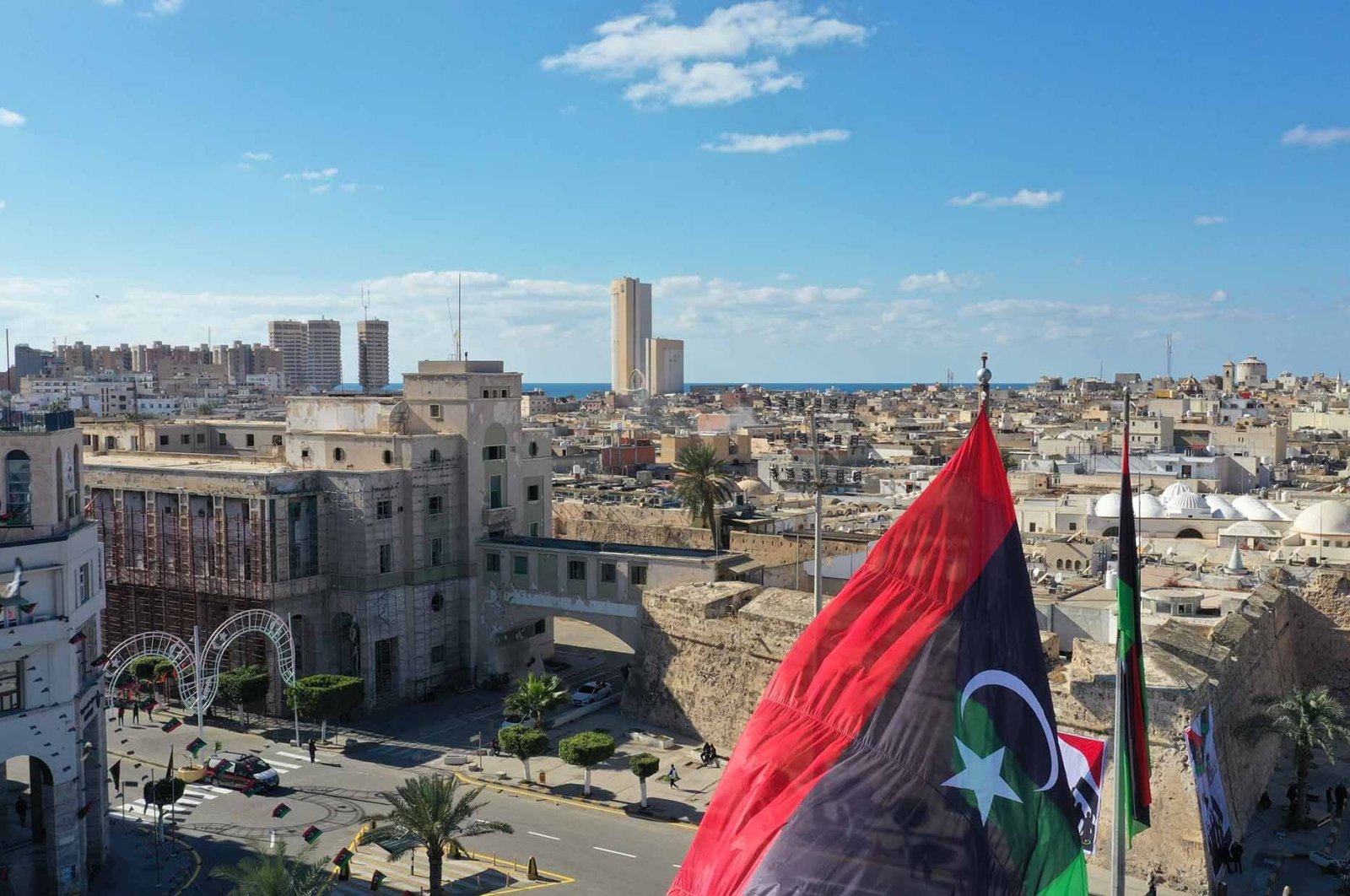 Martyrs' Square a day ahead of commemorations of the 10th anniversary of the uprising against Moammar Gadhafi, Feb. 16, 2021. (Shutterstock File Photo)
by Daily Sabah with AFP Jul 29, 2021 8:22 am
RECOMMENDED

Algeria is ready to help Libyans "in making the voice of their country heard" and "bringing aid and assistance to Libya... to resolve certain problems that have arisen," Tebboune said following a meeting between the two men.

He was quoted in a presidential statement published by Algerian media that did not elaborate on the "problems" he cited.

But Libya is struggling to emerge from decades of violence and political rivalries following its descent into chaos in the aftermath of the 2011 NATO-backed uprising that ousted dictator Moammar Gadhafi.

It currently has an interim government, under Prime Minister Abdul Hamid Dbeibah and a presidential council headed by Menfi, which have promised to hold polls before the end of the year.

If Libya's national elections planned for December are delayed, the war-torn country will return to "square one" and the turmoil of 2011, the speaker of parliament said, with a new rival government likely to set itself up in the east.

Dbeibah had previously called on Algeria to support the reconciliation efforts in Libya.

The government was established earlier this year following an October cease-fire between the Tripoli-based U.N.-recognized Government of National Accord (GNA) and forces loyal to putschist Gen. Khalifa Haftar.

Tebboune reaffirmed Algeria's position in favor of "holding elections that will confer more legitimacy" on the presidential council.

Algiers favors the organization of a "simultaneous parliamentary and presidential election" in Libya, Tebboune said.

Menfi said he was "delighted" by Algerian support, according to Algeria's official APS news agency.

The two leaders spoke about "security in southern Libya" where their countries share a near-1,000 kilometet border, the Libyan leader said, according to APS.

"We hope to establish technical Algerian-Libyan cooperation alongside bilateral security cooperation," Menfi was quoted as saying.

Algeria is meanwhile seeking to play a more active role in Libya and the Sahel, and lately named Ramtane Lamamra, a highly experienced mediator, as foreign minister.