Libya to return to 'square one' if elections delayed: Saleh 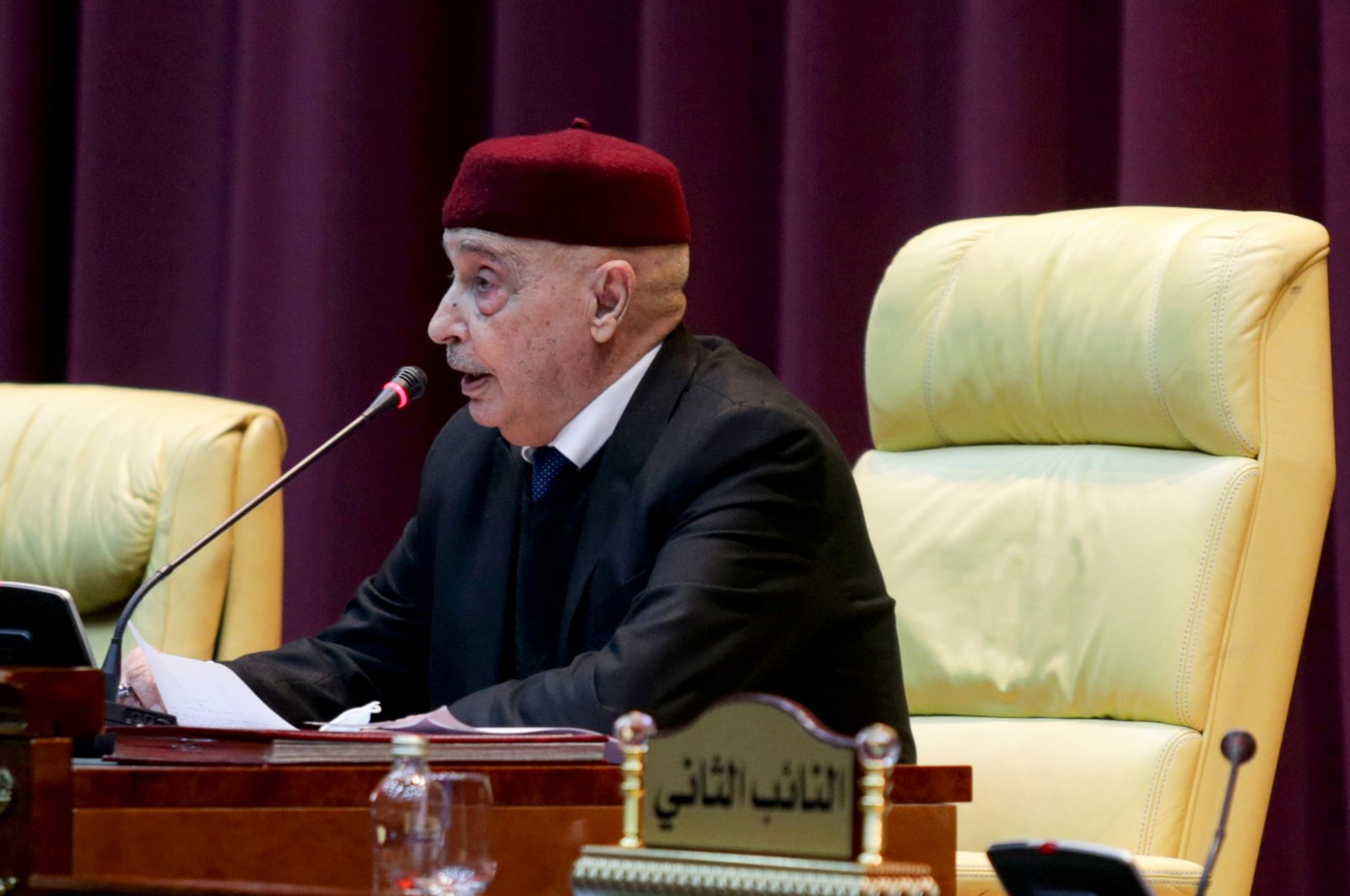 If Libya's national elections planned for December are delayed, the war-torn country will return to "square one" and the turmoil of 2011, the speaker of parliament said, with a new rival government likely to set itself up in the east.

The elections are seen in the West as a critical step in efforts to bring stability to Libya, which has been in chaos since the 2011 NATO-backed uprising against Muammar Gaddafi.

Libya, a major oil and gas producer, was divided in 2014 between an internationally recognized government in the west and a rival administration in the east that established its own institutions.

A United Nations-led peace process led to a cease-fire last year after fighting between the rival factions, and a unity government was formed in February and approved by parliament in March.

Aguila Saleh, the speaker of the House of Representatives, said he did not want to see further division.

"If the elections are delayed, we will go back to square one," Saleh told Reuters at his office in the eastern town of Qubah, warning that a new, parallel government could emerge in the east.

The aim of the Government of National Unity (GNU) was to ensure public services and lead the country to general elections on Dec. 24.

The peace process also led to a truce in September after the collapse of a 14-month offensive by Khalifa Haftar's forces. The truce called for all foreign forces and mercenaries to leave.

"The president remains the one who decides the matter of foreign forces and mercenaries in the country," Saleh said, adding there were difficulties in unifying the army due to outside interference.

Saleh said that the GNU had failed to unify Libya's institutions and had become a "Tripoli government," demanding it takes care of the obligations of the two dissolved governments.

This month, U.N.-sponsored talks aimed at paving the way for elections failed to find common ground. But Saleh said there was no need for the 75 committee members to meet.

"We have a constitutional declaration," he said. "We do not need to go around and waste time. No bargaining."

Saleh also said that the government's proposed 100 billion dinars ($22.15 billion) budget was too big and he expected a figure of up to 80 billion dinars to be approved.