Anti-foreigner sentiment on rise in Africa over virus 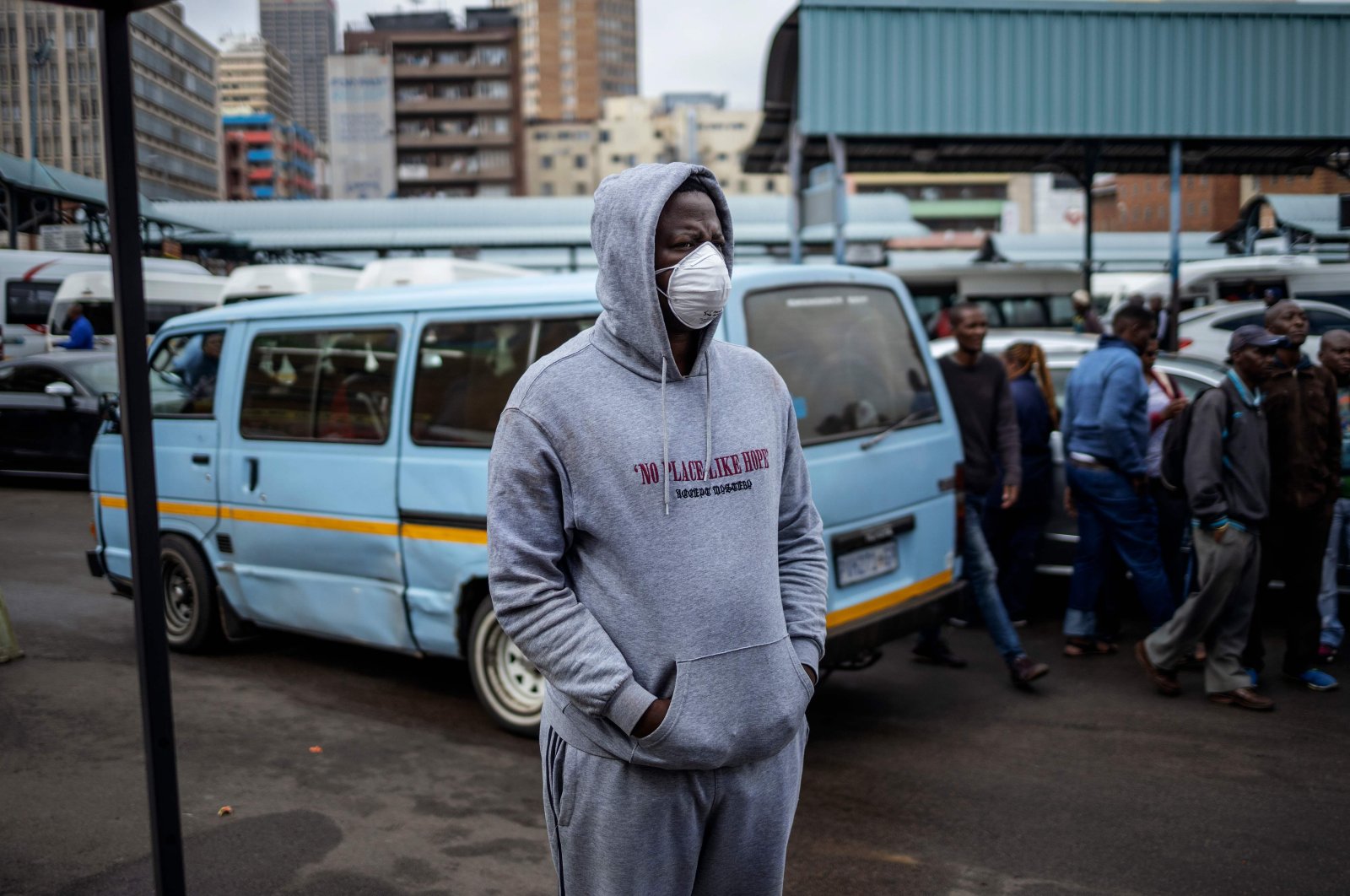 A South African wears a face mask as a preventive measure at the Wanderers taxi rank, Johannesburg CBD, March 18, 2020. (AFP Photo)
by Daily Sabah with Agencies Mar 20, 2020 11:05 am
RECOMMENDED

In the latest example of rising xenophobic attacks in Africa, the U.S. embassy in Cameroon informed Thursday that anti-foreigner sentiments were on the rise in major cities like Yaounde and Douala over the coronavirus outbreak. It reported "verbal and online harassment, stone-throwing and banging on vehicles occupied by expatriates."

Many of Africa's more than 600 confirmed cases of the coronavirus are people who recently arrived from the U.S., Britain, Italy and other high-risk countries.

The U.S. embassy in Ethiopia also issued a similar security alert earlier this week, prompting the prime minister's office to announce that COVID-19 "is not related to any country or nationality. Ethiopian Prime Minister and Nobel laureate Abiy Ahmed urged citizens to not discriminate against nationalities due to the virus. "Prevention efforts need not be a barrier to our humanity and disposition for compassion," Abiy said. "As a global community, we are each other's keepers. Let us not let fear rob us of our humanity."

Niger became the 36th among Africa's 54 countries to have a confirmed case on Friday. A man working for a transport company has become the first patient in the west African country with COVID-19, the respiratory disease caused by the new coronavirus. Out of those four countries, Only Niger remains without a case.

Nigeria – Africa's most populous nation and home to some 200 million people – has so far recorded just 12 confirmed coronavirus cases and is following other countries in ratcheting up its response.

Africa is no stranger to deadly viral outbreaks, the 2014-16 Ebola epidemic killed more than 11,000 on the continent, but so far the coronavirus appears to have spread more slowly there compared to Asia and Europe. It has reported little more than 700 out of the nearly quarter-million cases worldwide, according to a tally compiled by AFP. The figure comprises North and sub-Saharan Africa. But health specialists say the continent is a potential breeding ground for the virus, given poor sanitation, poverty, urban overcrowding and creaking medical systems.

Xenophobia in African countries is not a new phenomenon. Foreign workers often face anti-immigrant violence in South Africa, where they compete with locals for jobs, particularly in low-skilled industries. In 2008, a series of xenophobic attacks left 62 people dead, while in 2015, seven were killed in attacks in Johannesburg and Durban. Last September, two mosques located in South Africa's largest city, Johannesburg, were attacked by rioters in one week.