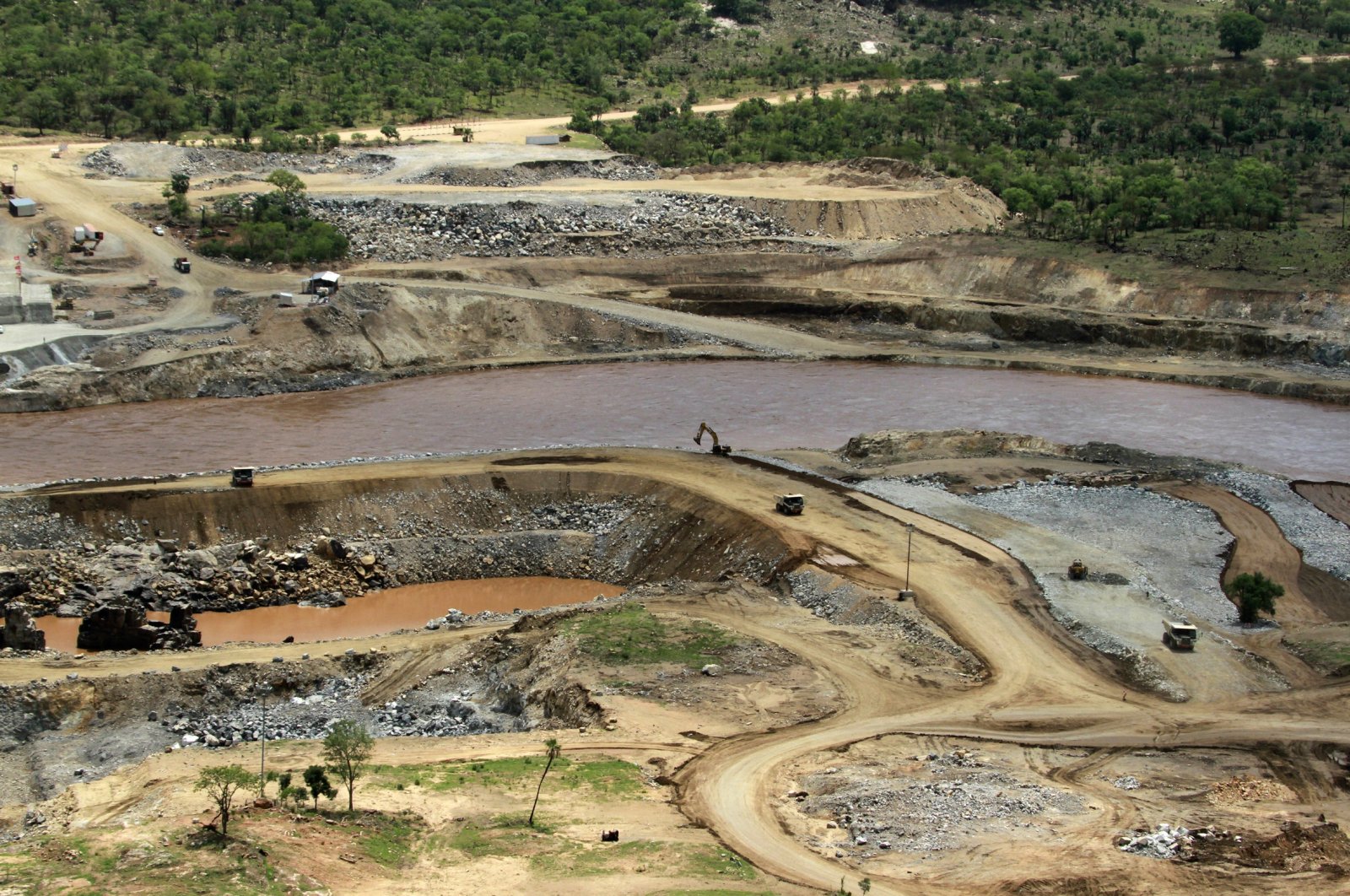 The Blue Nile river flows near the site of the planned Grand Ethiopian Renaissance Dam near Assosa in the Benishangul-Gumuz region of Ethiopia, June 28, 2013. (AP Photo)
by REUTERS Jun 15, 2021 8:11 pm
RECOMMENDED

Ethiopia is pinning its hopes of economic development and power generation on the dam. Egypt relies on the river for as much as 90% of its fresh water and sees the dam as a potentially existential threat. Sudan is concerned about the operation of its own Nile dams and water stations.

The foreign ministers of Arab League nations, meeting in Qatar, agreed on "steps to be taken gradually" to support Egypt and Sudan in the dispute, Qatari Foreign Minister Mohammed Bin Abdulrahman Al-Thani told the news conference, without giving details.

The Arab states called on parties to negotiate seriously and refrain from any unilateral steps that would harm other countries, he added, in an apparent reference to Ethiopia's plan to complete the second phase of filling the dam in the rainy season.

Sudan and Egypt had already agreed this month to work together to push Ethiopia to negotiate on an agreement on filling and operating the dam after African Union-sponsored talks remained deadlocked.

The two countries, which are downstream from the Grand Ethiopian Renaissance Dam, called on the international community to intervene. Aboul Gheit described the water security of Egypt and Sudan as an integral part of Arab national security.

Ethiopia previously has rejected calls from Egypt and Sudan to involve mediators outside the African Union.

Sudan on Monday said it was open to a partial interim agreement on the multi-billion-dollar dam, with specific conditions.

Tuesday's meeting was the first such gathering of Arab states that Qatar has hosted since Saudi Arabia and its allies imposed a boycott on Doha in mid-2017 over accusations that Qatar supported "terrorism," a charge it denies