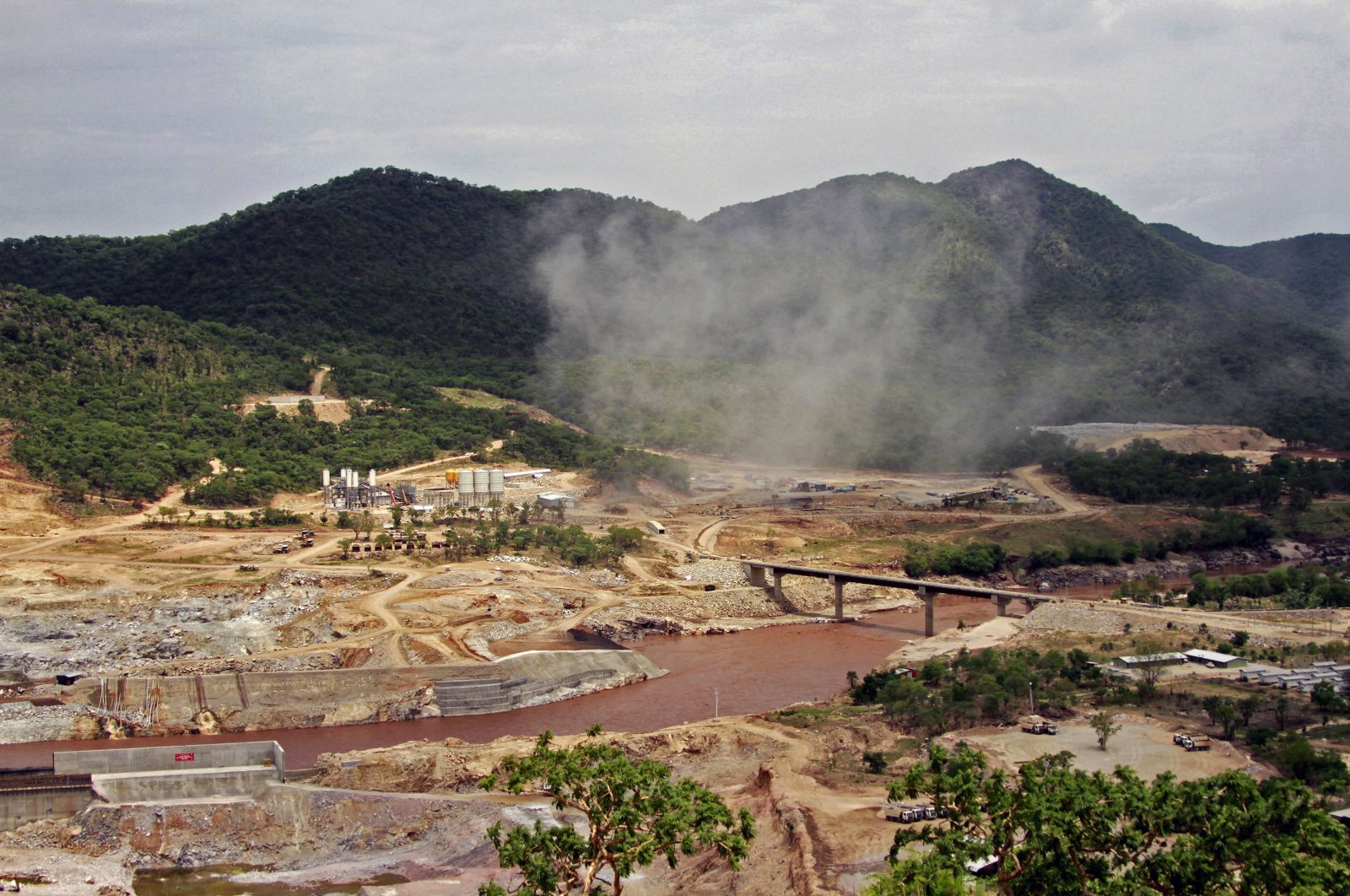 In this June 28, 2013 file photo, the Blue Nile flows near the site of the planned Grand Ethiopian Renaissance Dam near Assosa in the Benishangul-Gumuz region of Ethiopia, near Sudan, some 800 kilometers (500 miles) from the capital Addis Ababa. (AP Photo)
by ASSOCIATED PRESS Apr 03, 2021 6:26 pm
RECOMMENDED

Egypt, Sudan and Ethiopia launched Saturday a new round of talks mediated by the African Union (AU) over the disputed Grand Ethiopian Renaissance Dam project on the Blue Nile, which downstream nations fear could lead to further water scarcity.

The three-day talks hosted by President Felix Tshisekedi are taking place in Kinshasa, the capital of the Democratic Republic of Congo, the current chair of the AU.

Egypt’s Foreign Ministry said in a statement that Cairo wants the negotiations to eventually lead to a legally binding agreement over the operation and filling of the dam’s massive reservoir.

Foreign and irrigation ministers of the three nations are attending the talks, along with experts from the AU, according to Ethiopia’s Irrigation Minister Seleshi Bekele.

Sudan said it would take part in the Kinshasa round with an aim of agreeing on a "negotiating approach” to ensure the talks would be constructive. That would include an Egyptian-backed Sudanese proposal to include the United States, European Union and United Nations as mediators along with the AU, the Sudanese Foreign Ministry said in a statement.

Ethiopia has rejected the proposal, saying it "believes in resolving African problems by Africans.”

The Nile, the world's longest river, is a lifeline supplying both water and electricity to the 10 countries it crosses, with the Blue Nile being its main tributary. Upstream Ethiopia says the hydroelectric power produced by the dam will be vital to meet the energy needs of its 110 million people. Egypt, which depends on the Nile for about 97 percent of its irrigation and drinking water, sees the dam as an existential threat.

The dispute centers on the speed at which a planned reservoir is filled behind the dam, the method of its annual replenishment, and how much water Ethiopia will release downstream if a multi-year drought occurs. Another point of difference is how the three countries would settle any future disputes.

Egypt and Sudan want a legally binding agreement on the dam’s filling and operation, while Ethiopia insists on guidelines.

The talks in Kinshasa come a few days after Egypt’s President Abdel Fattah el-Sissi said his country’s share of Nile River waters were "untouchable" – a stark warning apparently to Ethiopia, which is preparing for another stage of the dam’s filling later this year.

El-Sissi warned Tuesday of "instability that no one can imagine” in the region if the dam is filled and operated without a legally binding agreement.

Bekele, the Ethiopian minister, said his country "as always is determined for principled, equitable and reasonable utilization without causing significant harm,” according to Ethiopia's official news agency.

Egypt is a mostly desert country that depends on the Nile for almost all of its water needs. It fears that a quick fill would drastically reduce the Nile’s flow, with potentially severe effects on its agriculture and other sectors.

Ethiopia says the $5 billion dam is essential, arguing that the vast majority of its population lacks electricity. The dam will generate over 6,400 megawatts of electricity, a massive boost to the country’s current production of 4,000 megawatts.

Sudan wants Ethiopia to coordinate and share data on the dam’s operation to avoid flooding and protect its own power-generating dams on the Blue Nile, the main tributary of the Nile River. The Blue Nile meets with the White Nile in central Sudan. From there the Nile winds northward through Egypt and flows into the Mediterranean Sea.