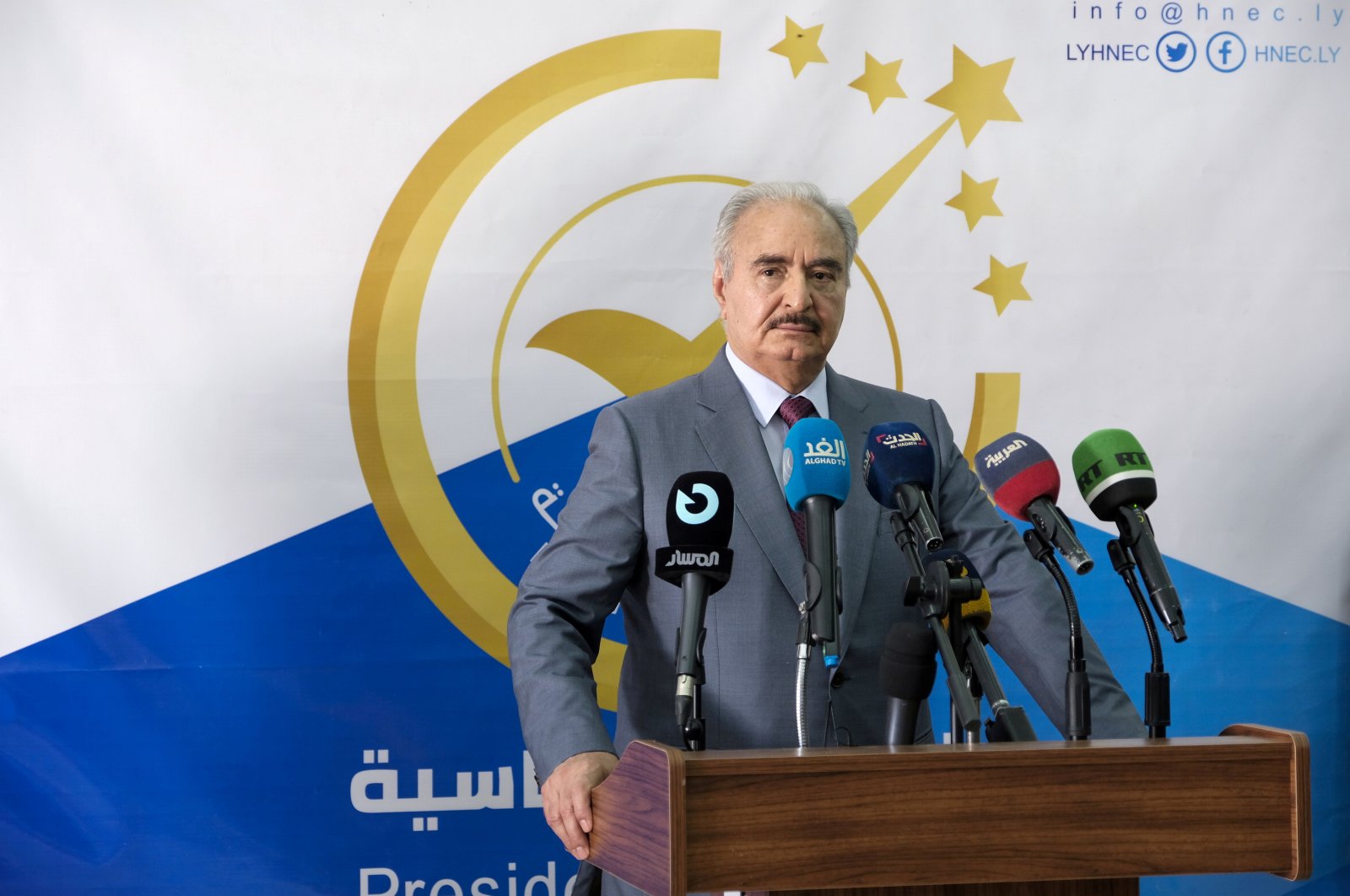 Libya's military prosecutor on Thursday demanded that orders to arrest renegade Gen. Khalifa Haftar be carried out, according to Libyan TV channel Al-Ahrar.

The Military Prosecutor's Office chaired by Mohammed Gharouda conveyed a message to the Criminal Investigation Agency demanding "implementation of arrest orders issued by the Public Prosecution by the competent judicial officer" for five cases in 2019-2020.

The office did give any more details on the five cases, but it said Haftar violated military law by running for president as "Haftar is an officer in the Libyan army and has performed the nomination procedures for the High National Elections Commission."

It stressed that such a violation "shall be punished with imprisonment for a period not exceeding five years."

The presidential and parliamentary elections are set to take place under a United Nations-sponsored agreement reached by Libyan political rivals last November.

The application deadline for those wishing to run for president was Nov. 22. Nominations for parliamentary polls remain open through Dec. 7.

Libyans hope that the upcoming elections will help end the armed conflict that has plagued the oil-rich country for years.