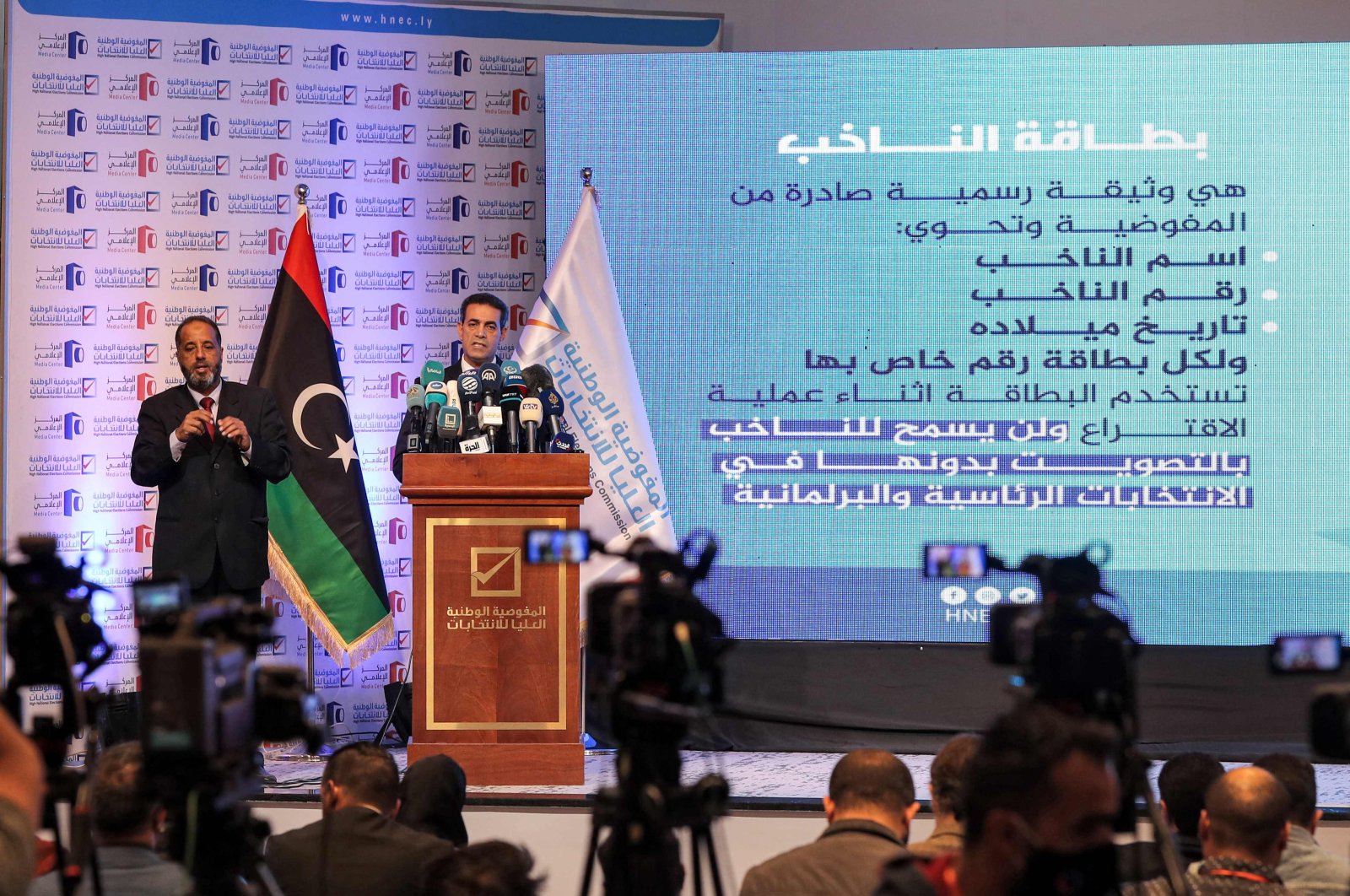 Almost 100 Libyans, including a parade of divisive politicians and warlords from the past decade of violence, have registered as presidential candidates for next month's elections as the United Nations special envoy for the fragmented country tendered his resignation.

Jan Kubis decided to step down after just 10 months in the job. With the presidential vote set for Dec. 24, the U.N. is “working as quickly as possible to ensure continuity of leadership,” spokesperson Stephane Dujarric said at a news briefing at U.N. headquarters.

He didn't give a reason for Kubis' departure, but denied any falling-out with Secretary-General Antonio Guterres. Geneva-based Kubis is still expected to brief the U.N. Security Council on Wednesday, as scheduled before his resignation.

Kubis, a former Slovak foreign minister who previously held high-level U.N. posts in Iraq and Afghanistan, became the head of the U.N. political mission in Libya in January, after the world body sought for nearly a year to fill the sensitive job. One leading candidate turned it down, some U.N. member countries objected to other suggestions and there were changes in the job itself.

Libya plunged into turmoil after a NATO-backed uprising in 2011 toppled dictator Moammar Gadhafi, who was later killed. The oil-rich nation then became divided between rival governments – one in the east, backed by putschist Gen. Khalifa Haftar, and a U.N.-supported administration in Tripoli.

U.N.-mediated talks led early this year to the formation of a transitional government intended to lead the country to the December elections. Hopefuls include Haftar, Gadhafi's son Seif al-Islam Gadhafi, former Interior Minister Fathi Bashagha, parliament leader Aguila Saleh and interim Prime Minister Abdul Hamid Mohammed Dbeibah, who filed a request to run despite rules barring him from doing so.

Kubis has emphasized the election's importance.

“Holding the elections in Libya, even in (a) less-than-ideal situation, and with all imperfections, challenges and risks, is much more desirable than no elections,” he told the Security Council in September. “That could only foster division, instability and conflict.”

Libya's electoral commission said on Tuesday it would take about two weeks to finalize the list of eligible candidates after any legal challenges to the 98 who have registered for the Dec. 24 vote.

Arguments over the rules, including who can run, threaten to derail efforts to bring myriad warring factions to accept the legitimacy of a newly unified political leadership.

Three of the most prominent candidates may be accused of disqualifying violations.

Seif al-Islam was convicted in absentia by a Libyan court in 2015 of war crimes for his part in fighting the 2011 uprising that ended his father's 42-year rule and is wanted by the International Criminal Court (ICC).

Haftar, head of the self-styled eastern-based Libyan National Army, is accused of war crimes and other abuses, including during his 14-month assault on Tripoli, which was brought to an end last year. Diplomats say he also holds United States citizenship despite a ban on dual nationals running for the presidency.

Dbeibah made a public vow not to take part in the election when he was chosen in March to be the interim prime minister in order to prevent him from using the offices of state for electioneering.

He also did not step down from his role three months before the vote as demanded by an electoral law issued by the parliament speaker in September.

Both Seif al-Islam and Haftar deny war crimes. Haftar has denied being a dual national while Dbeibah has said the people want him to run and that the electoral law is flawed.

The electoral commission, a technical rather than political body, has said most questions about candidates' eligibility should be resolved by Libyan courts.

Ruling out one of the major candidates but not all of them would probably trigger an angry reaction among their supporters and attacks on the integrity of the election.

Other prominent candidates include former prime ministers, ministers and legislators from previous transitional governments and from breakaway administrations established during the past 10 years of turmoil.

There will be two rounds of voting if no one receives at least 50% of the vote plus one in the first round.