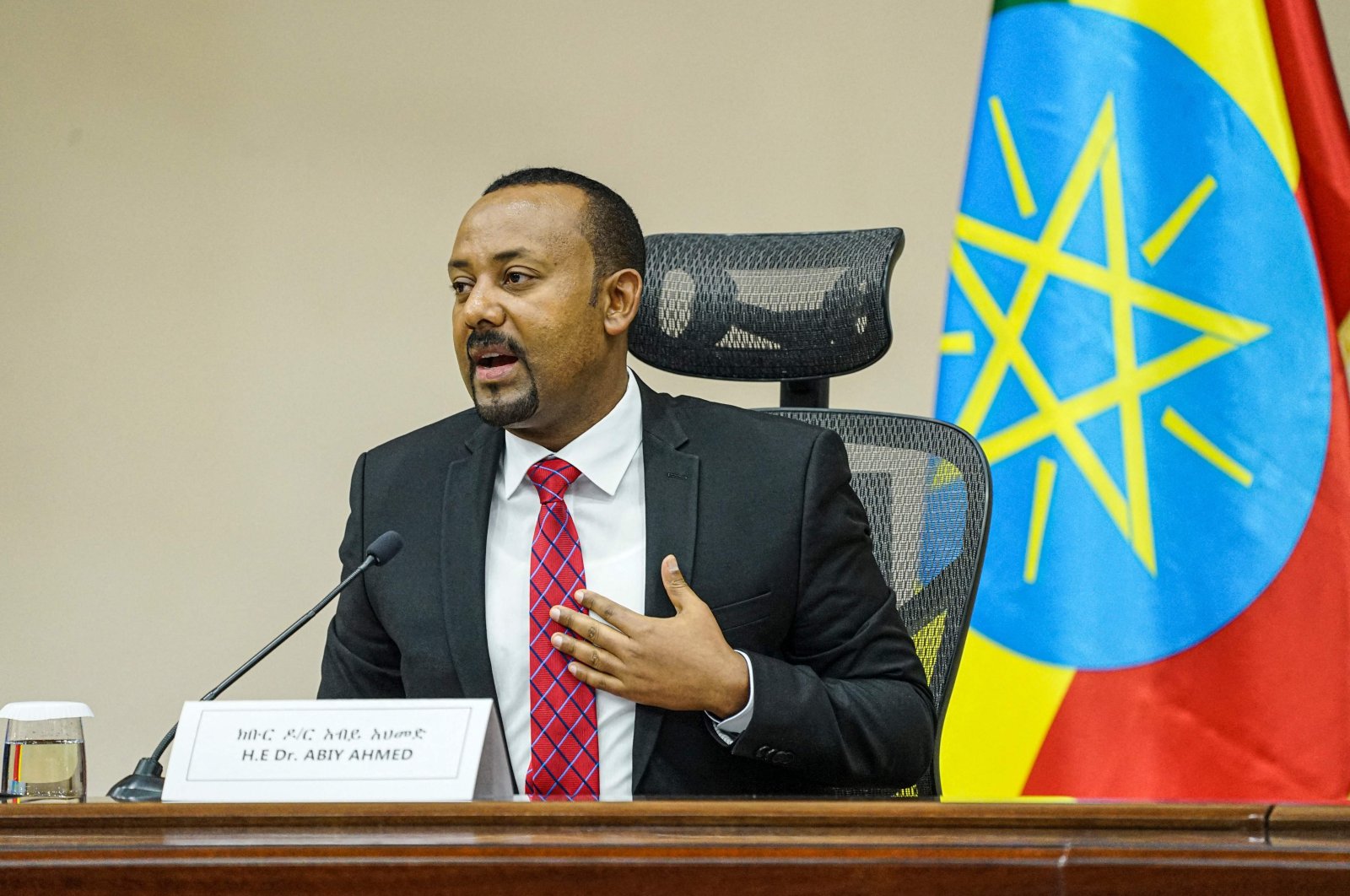 Abiy said that Eritrean troops had entered along the border because they were concerned they would be attacked by Tigrayan forces, adding that the Eritreans had promised to leave when Ethiopia's military was able to control the border. The governments of both Eritrea and Ethiopia have repeatedly denied Eritrea's involvement.

Reuters journalists on a trip to Tigray last week saw truckloads of Eritrean soldiers on the main road between the regional capital Mekele and Shire, and on the main streets of Shire.

Ethiopia's leader said atrocities were committed in Tigray as government troops hunt down its fugitive leaders.

"Reports indicate that atrocities have been committed in Tigray region," Ahmed said in an address before lawmakers in the capital, Addis Ababa. War is "a nasty thing,” Abiy said, speaking the local Amharic language. "We know the destruction this war has caused.”

He said soldiers who raped women or committed other war crimes will be held responsible, even though he cited "propaganda of exaggeration” by the TPLF, the once-dominant party whose leaders challenged Abiy's legitimacy after the postponement of elections last year.

Abiy spoke as concern continues to grow over the humanitarian situation in the embattled region that is home to 6 million people.

The United States has characterized some abuses in the Tigray war as "ethnic cleansing,” charges dismissed by Ethiopian authorities as unfounded. It also has urged Eritrean troops, who are fighting on the side of Ethiopian government forces, to withdraw from Tigray.

The Ethiopian prime minister, who won the Nobel Peace Prize in 2019 for his efforts to make peace with Eritrea, faces pressure to end the conflict in Tigray as well as to institute an international investigation into alleged war crimes, ideally led by the United Nations. The government’s critics say an ongoing federal probe simply isn’t enough because the government can’t effectively investigate itself.

Rupert Colville, a spokesperson in Geneva for U.N. High Commissioner for Human Rights Michelle Bachelet, told The Associated Press (AP) last week that Ethiopia's Human Rights Commission had asked to participate with her office in "a joint investigation into allegations of serious human rights violations by all sides” in Tigray.

Accounts of atrocities by Ethiopian and allied forces against residents of Tigray have been detailed in reports by AP and by Amnesty International.

But Abiy said in Tuesday's address, which included answering questions from lawmakers, that fighters loyal to the TPLF had committed a massacre in the town of Mai Kadra.

"But it is not getting enough attention,” he said of that massacre, describing it as "the worst” in the conflict.

The Tigray conflict began in November when Abiy sent government troops into the region after an attack there on federal military facilities. The federal army is now hunting the fugitive regional leaders, who have reportedly retreated into Tigray's remote mountainous areas.

Abiy accused Tigray's leaders of drumming up "a war narrative” while the area faced challenges such as a destructive invasion of locusts and the COVID-19 pandemic. "This was misplaced and untimely arrogance,” he said, according to a transcript of his comments posted on Twitter by the prime minister's office.

U.S. President Joe Biden last week dispatched Sen. Chris Coons to Ethiopia to express the administration’s "grave concerns” about the growing humanitarian crisis and human rights abuses in Tigray and the risk of broader instability in the Horn of Africa.

Details of Coons' weekend visit haven't been released. Humanitarian officials have warned that a growing number of people might be starving to death in Tigray.

The fighting erupted on the brink of harvest in the largely agricultural region and sent an untold number of people fleeing their homes. Witnesses have described widespread looting by Eritrean soldiers as well as the burning of crops.