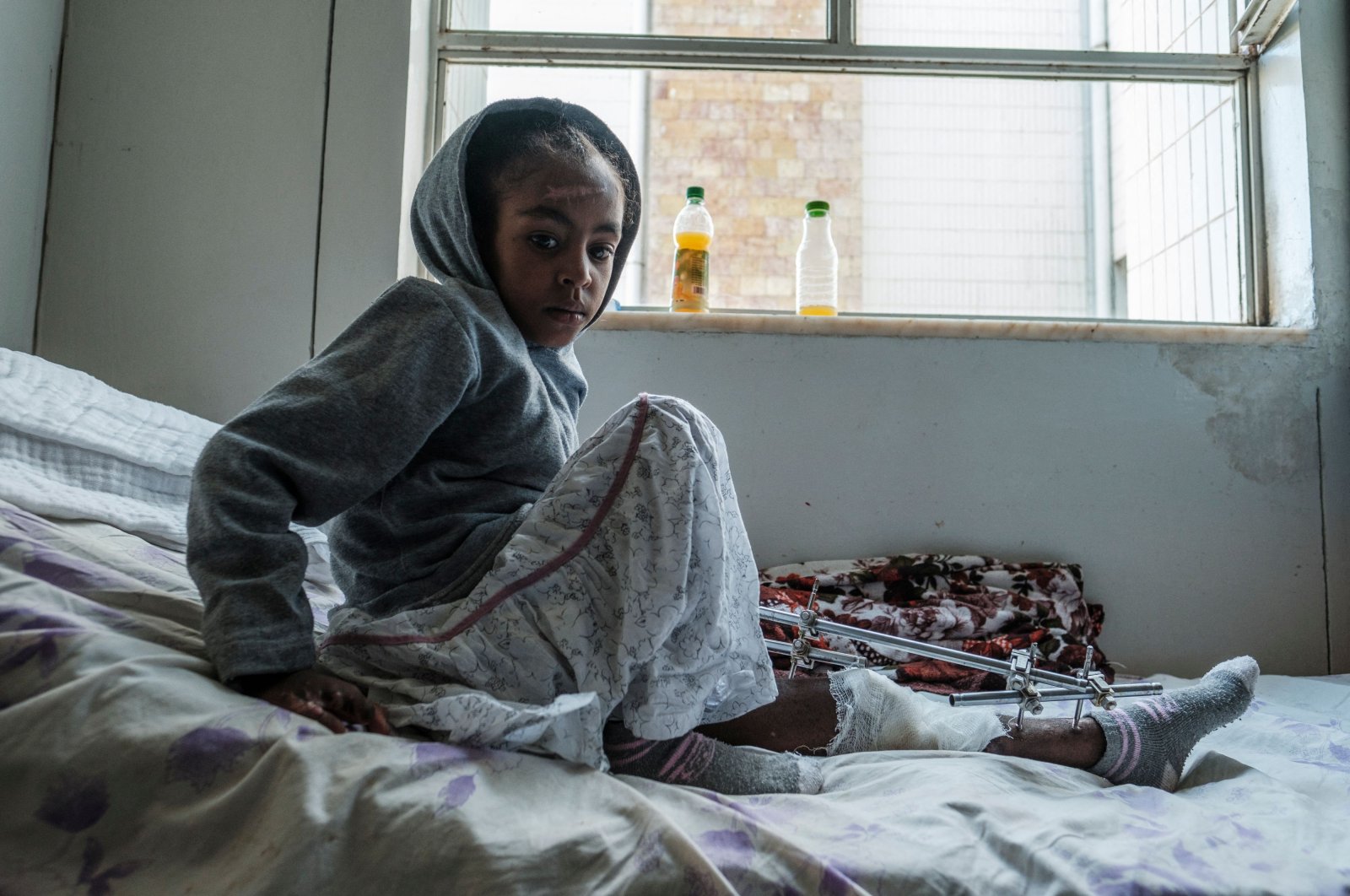 Eritrean soldiers fighting across the border in Ethiopia's northern Tigray region killed hundreds of people in a massacre last year in a likely crime against humanity, Amnesty International said Friday.

The rights watchdog spoke to survivors of the atrocities and used satellite images to piece together the bloody events of last November in the ancient town of Axum in a new report.

"The evidence is compelling and points to a chilling conclusion. Ethiopian and Eritrean troops carried out multiple war crimes in their offensive to take control of Axum," said Deprose Muchena of Amnesty International.

"Above and beyond that, Eritrean troops went on a rampage and systematically killed hundreds of civilians in cold blood, which appears to constitute crimes against humanity. This atrocity ranks among the worst documented so far in this conflict."

Tigray has been the theatre of fighting since early November 2020, when Prime Minister Abiy Ahmed announced military operations against the Tigray People's Liberation Front (TPLF), accusing them of attacking federal army camps. He declared victory after pro-government troops took the regional capital Mekele in late November, though the TPLF vowed to fight on, and clashes have persisted in the region.

Tigray has been without internet and difficult to access since the start of the conflict, making claims and counter-claims of violence hard to confirm. The presence of Eritrean troops in Ethiopia is widely documented but has been denied by Addis Ababa and Asmara.

Eritrea fought a brutal border war with Ethiopia in 1998-2000, back when the TPLF dominated Ethiopia's governing coalition. Abiy won the Nobel Peace Prize in 2019 in large part for initiating a rapprochement with Eritrea, whose President Isaias Afwerki and the TPLF remain bitter enemies.

Amnesty said it had spoken to 41 survivors and witnesses of the violence who said that on Nov. 19, 2020, Ethiopian and Eritrean military forces took control of Axum "in a large-scale offensive, killing and displacing civilians with indiscriminate shelling and shooting."

"Over an approximately 24-hour period, on 28-29 November 2020, Eritrean troops operating in the Ethiopian city of Axum killed many hundreds of civilians," Amnesty said, according to remarks carried by Reuters. "In the nine days that followed, the Eritrean military engaged in widespread looting of civilian property and extrajudicial executions."

Witnesses said the Eritrean forces were easily identifiable, via their vehicles, language and unique ritual facial scars, while they also openly declared themselves as such. The worst violence unfolded after a small group of pro-TPLF militiamen attacked the soldiers' base on Nov. 28 and they retaliated, leaving the town strewn with bodies.

"The Eritrean soldiers came into the city and started killing randomly," said a 22-year-old man who had wanted to bring food to the militia, who he described as young and barely knowing how to fight.

Residents told Amnesty that many victims in Axum carried no weapons and were running away from the soldiers when they were shot. "I saw a lot of people dead on the street. Even my uncle's family."

Six of his family members were killed. "So many people were killed," said a 21-year-old male resident. The next day the soldiers allegedly shot at those trying to move the bodies, while carrying out house-to-house raids.

One man told Amnesty he saw soldiers line up six men and shoot them from behind in the street outside his house.

The organization said it had collected the names of more than 240 of the victims, but could not independently verify the overall death toll. However, corroborating testimonies and evidence made it plausible that hundreds had died.

"Residents estimate that several hundred people were buried in the aftermath of the massacre, and they attended funerals at several churches where scores were buried," said the report. Satellite imagery showed signs of mass burials near two of the town's churches.

"As a matter of urgency, there must be a UN-led investigation into the grave violations in Axum. Those suspected of responsibility for war crimes or crimes against humanity must be prosecuted in fair trials and victims and their families must receive full reparation," said Muchena.

The EHRC said in a statement it is also looking into the massacre and while its investigation is not complete, preliminary findings "indicate the killing of an, as yet, unknown number of civilians by Eritrean soldiers in the city of Axum."

The U.N.'s special rapporteur on Eritrea demanded a swift, independent investigation this week into allegations that the country's troops attacked refugee camps in neighboring Ethiopia and abducted Eritrean asylum seekers.

Reporting to the United Nations Human Rights Council in Geneva, Mohamed Abdelsalam Babiker said he was concerned for thousands of Eritreans who were in two camps in Ethiopia's northern Tigray region – now allegedly destroyed by Eritrean and Ethiopian troops.

There were 96,000 Eritrean refugees living in four camps in Tigray. Babiker said two of the camps, Hitsats and Shimelba, which hosted more than 25,000 Eritrean refugees, "were allegedly destroyed in attacks carried out by Eritrean and Ethiopian troops" between November and January.

He said he had received first-hand accounts of allegations of "extra-judicial killings, targeted abductions and forced return of Eritrean refugees and asylum seekers to Eritrea, allegedly by Eritrean forces."

Babiker said many such refugees had now been jailed in Eritrea.

"Such allegations need to be investigated promptly and thoroughly by independent mechanisms," he said. "I request the Eritrean authorities to give me full access to refugees and asylum seekers allegedly held in various prisons inside Eritrea."

The Sudanese rapporteur, who took up his role in November, said there was "no concrete evidence of progress or actual improvement" of the human rights situation inside Eritrea, in his first oral update to the council. Special rapporteurs are mandated by the council but do not speak for the U.N.

"The country lacks rule of law, a constitution and an independent judiciary to enforce the protection of and respect for human rights," Babiker said. "Eritrea continues to have no national assembly to adopt laws, including those regulating fundamental rights and the right of the Eritrean people to participate freely in the public life of their country."