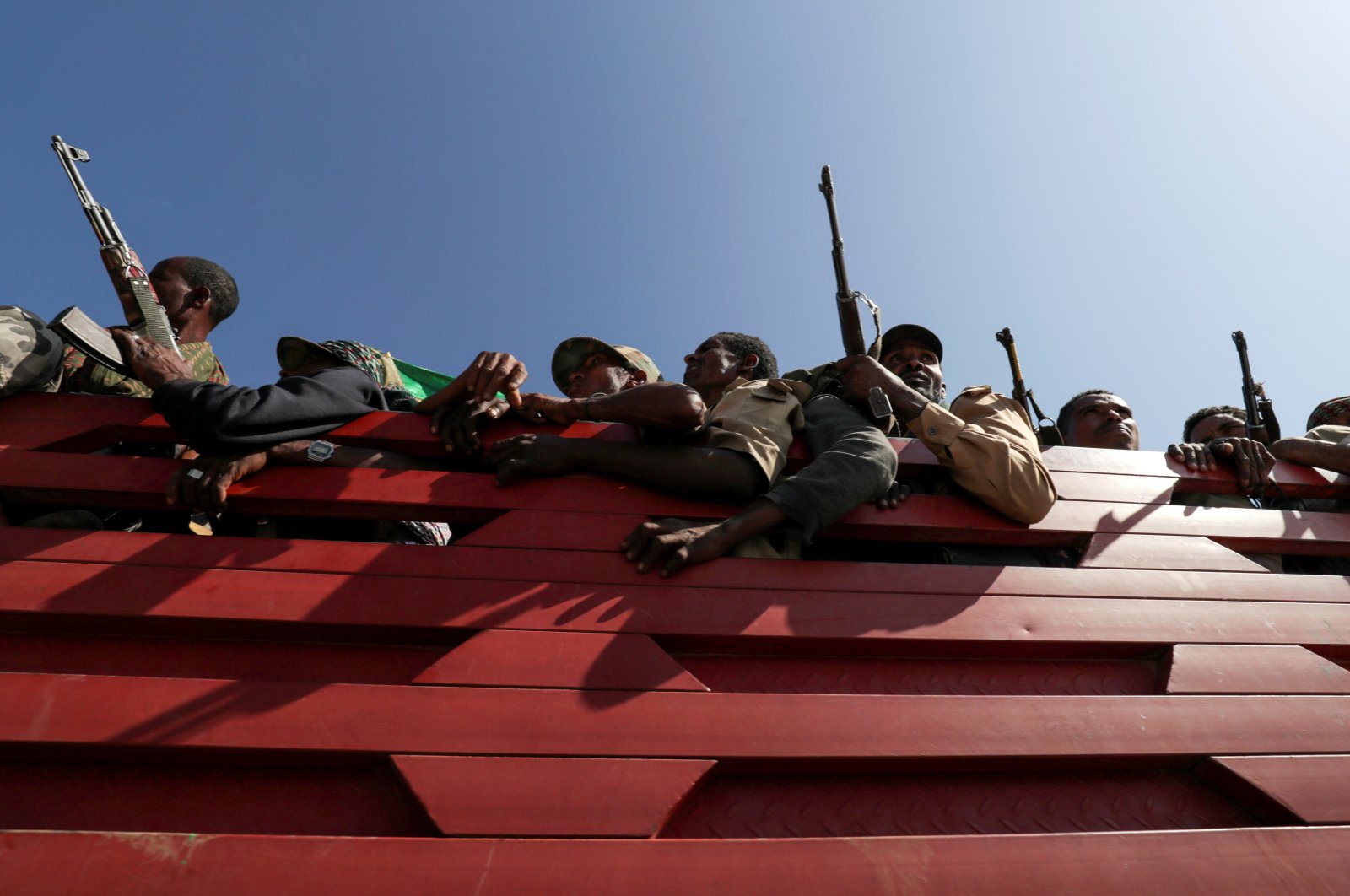 Members of Amhara region militias ride on their truck as they head to the mission to face the Tigray People's Liberation Front (TPLF), in Sanja, Amhara region near a border with Tigray, Ethiopia, Nov. 9, 2020. (Reuters Photo)
by REUTERS
Nov 14, 2020 9:21 am

Two explosions hit cities in Ethiopia's Amhara state, which neighbors the northern state of Tigray where federal troops are fighting local forces, and the human rights commission warned against rights violations in the conflict.

Hundreds of people have been killed in clashes since Prime Minister Abiy Ahmed sent the national defense force on an offensive against well-trained local troops in Tigray on Nov. 4, after accusing them of attacking a federal military base in the area.

The explosions in Amhara were in Bahir Dar and Gondar late on Friday, Amhara's communication office and the state's news service said.

Investigations had started to establish if the explosions were linked to the fighting in Tigray, the Amhara communications office said, without giving details of any casualties.

The Amhara regional state's forces have been fighting alongside their federal counterparts against forces of Tigray's ruling party, the Tigray People's Liberation Front (TPLF).

The United Nations, the African Union and others are concerned that the fighting could spread to other parts of Africa's second most populous country and destabilize the wider Horn of Africa region.

More than 14,500 people have fled into neighboring Sudan, with the speed of new arrivals "overwhelming the current capacity to provide aid," the U.N. refugee agency said.

Ethiopia's Human Rights Commission, appointed by the government but independent, said it was sending a team of investigators to the town of Mai Kadra in Tigray, where Amnesty International reported evidence of mass killings.

The massacre of civilians reported by Amnesty would amount to war crimes if confirmed it was committed by one of the belligerent forces, U.N. rights chief Michelle Bachelet said on Friday.

The Ethiopian commission will investigate any human rights violations in the conflict, it said in a statement, adding that there was "reasonable risk of ethnic profiling" linked to the military confrontation.