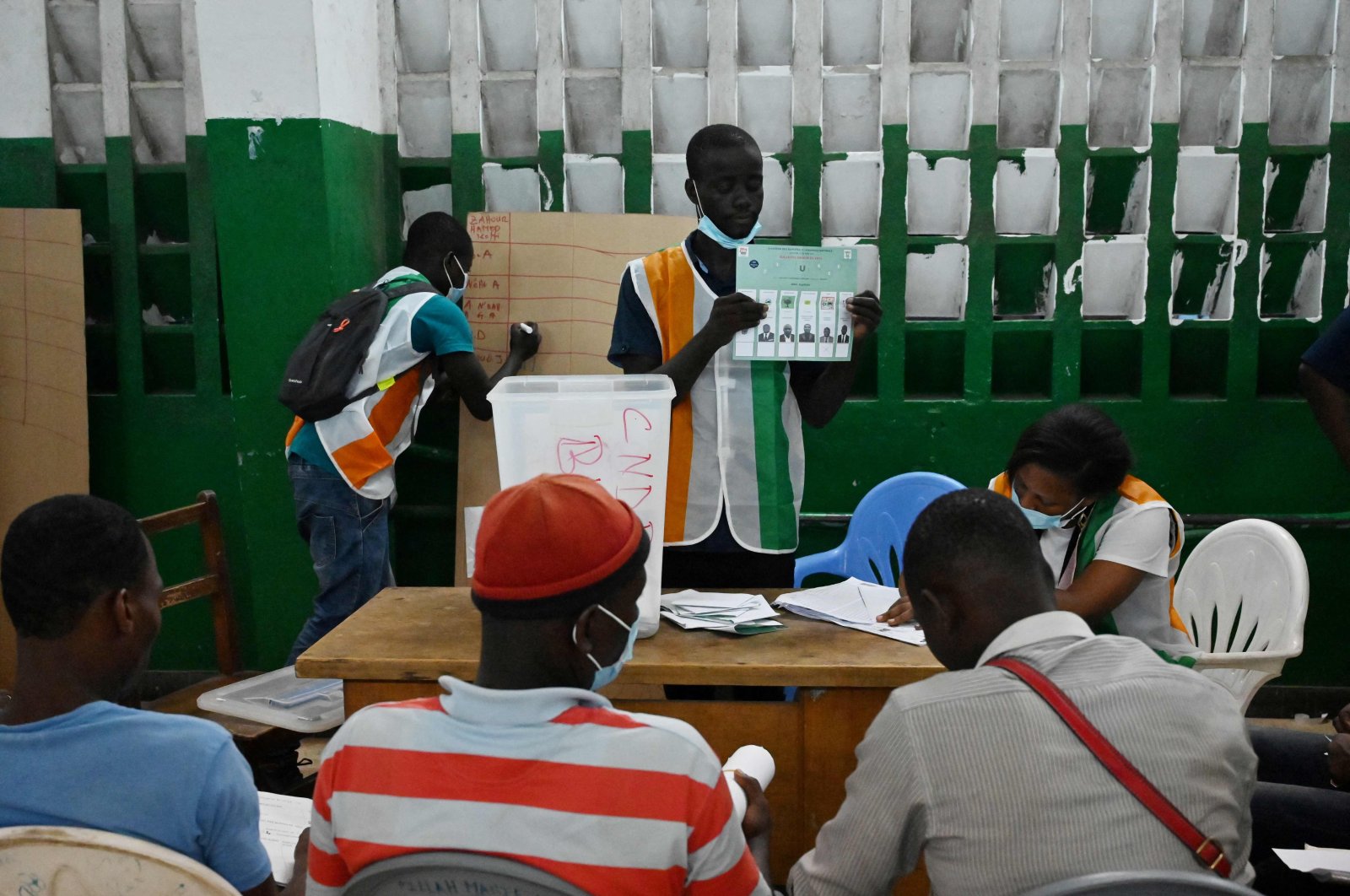 Workers of the Independent Electoral Commission (IEC) count the number of voters after the closure of the polling stations during the legislative elections, in Abidjan, on March 6, 2021. (AFP Photo)
by French Press Agency - AFP Mar 07, 2021 11:50 pm
RECOMMENDED

Ivory Coast's ruling party and the main opposition both claimed victory Sunday in the West African nation's legislative elections, with the official results still to be announced.

"We have achieved our goal of securing around 60 percent of the seats," declared Adama Bictogo, number two in the ruling RHDP party.

Early trends from local election commissions "clearly show that our party will emerge victorious with a comfortable majority", he added.

"We think we have around 128 seats with our allies" in the 255-seat National Assembly, top opposition party official Niamkey Koffi told a news conference in the economic capital Abidjan.

"Our concern is that the results may be manipulated," said Koffi, warning the government against "any attempt to falsify" them.

Saturday's elections were a key test of stability four months after violence before and after a presidential vote claimed 87 lives in the former French colony.

Koffi alleged attempts to reverse results in several large cities including the political capital Yamassoukrou, the coastal resort of Grand-Bassam, and key districts of Abidjan.

Turnout had been a mere 20%, he added, citing "fear of violence."

The PDCI, in an unprecedented move, has forged an election alliance with the center-left coalition Together for Democracy and Solidarity (EDS), whose driving force is the Ivorian Popular Front (FPI) of former president Laurent Gbagbo.

Their declared aim is to prevent President Alassane Ouattara and his RHDP party from "consolidating absolute power" in the world's top cocoa grower, formerly a haven of peace and prosperity in troubled West Africa.

In the last legislative vote in December 2016, the RHDP and PDCI were allied, winning an absolute majority with 167 seats.

The FPI, for its part, lifted a decade-old boycott of electoral politics in order to take part in Saturday's vote, in which more than 1,500 candidates were vying for the votes of roughly seven million people.

Abidjan Mayor Sylvestre Emmou, an opposition candidate, said that three people had been stabbed and injured in the city on an otherwise calm day of voting. Election observers reported no other major incidents.