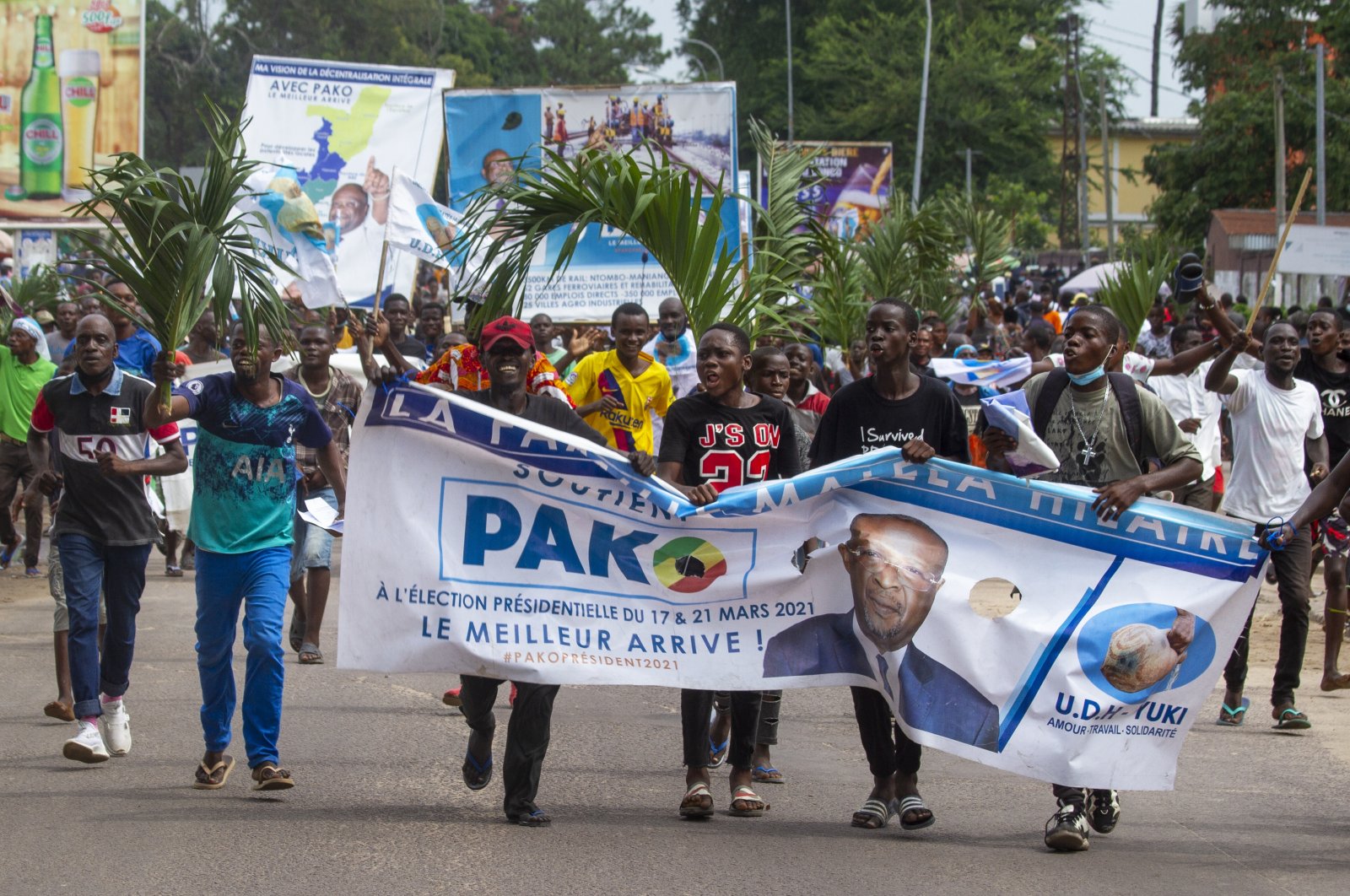 Republic of Congo pressed ahead Sunday with an election in which President Denis Sassou N'Guesso is widely expected to extend his 36 years in power, while the leading opposition candidate remained hospitalized with COVID-19.

The watchdog group NetBlocks reported an internet blackout that began in the Central African country around midnight on election day.

After casting his ballot, Sassou N'Guesso said the government was aware of opposition candidate Guy Brice Parfait Kolelas’s illness and had taken the steps necessary for him to be transferred to France for further treatment.

Elira Dokekias, who heads the Central African nation's COVID-19 response, said that Kolelas had been in serious condition Saturday evening, but that he was stable enough Sunday to be transferred to a coronavirus unit at the university hospital before his medical evacuation abroad.

Kolelas, 61, had skipped his final campaign event on Friday after telling some reporters a day earlier that he feared he had malaria.

A video circulating on social media Saturday showed Kolelas wearing an oxygen mask and with a blood pressure cuff on his arm as he lay in a hospital bed.

"My dear compatriots, I am in trouble. I am fighting death,” the candidate says in a weak-sounding voice after removing his oxygen mask. "However, I ask you to stand up and vote for change. I would not have fought for nothing.”

Kolelas placed second to Sassou N’Guesso in the country’s 2016 presidential election with about 15% of the vote.

The opposition figure has been particularly critical of the incumbent leader in recent days, declaring that the Republic of Congo had become "a police state.”

Sassou N’Guesso is the third-longest serving president in Africa, ruling from 1979-1992 and then again since 1997 in this nation often overshadowed by its vast neighbor Congo.

The Republic of Congo has had fewer than 10,000 confirmed cases of COVID-19 since the pandemic began, with 134 confirmed deaths.