Coronavirus cases jump above 16,000 in Africa 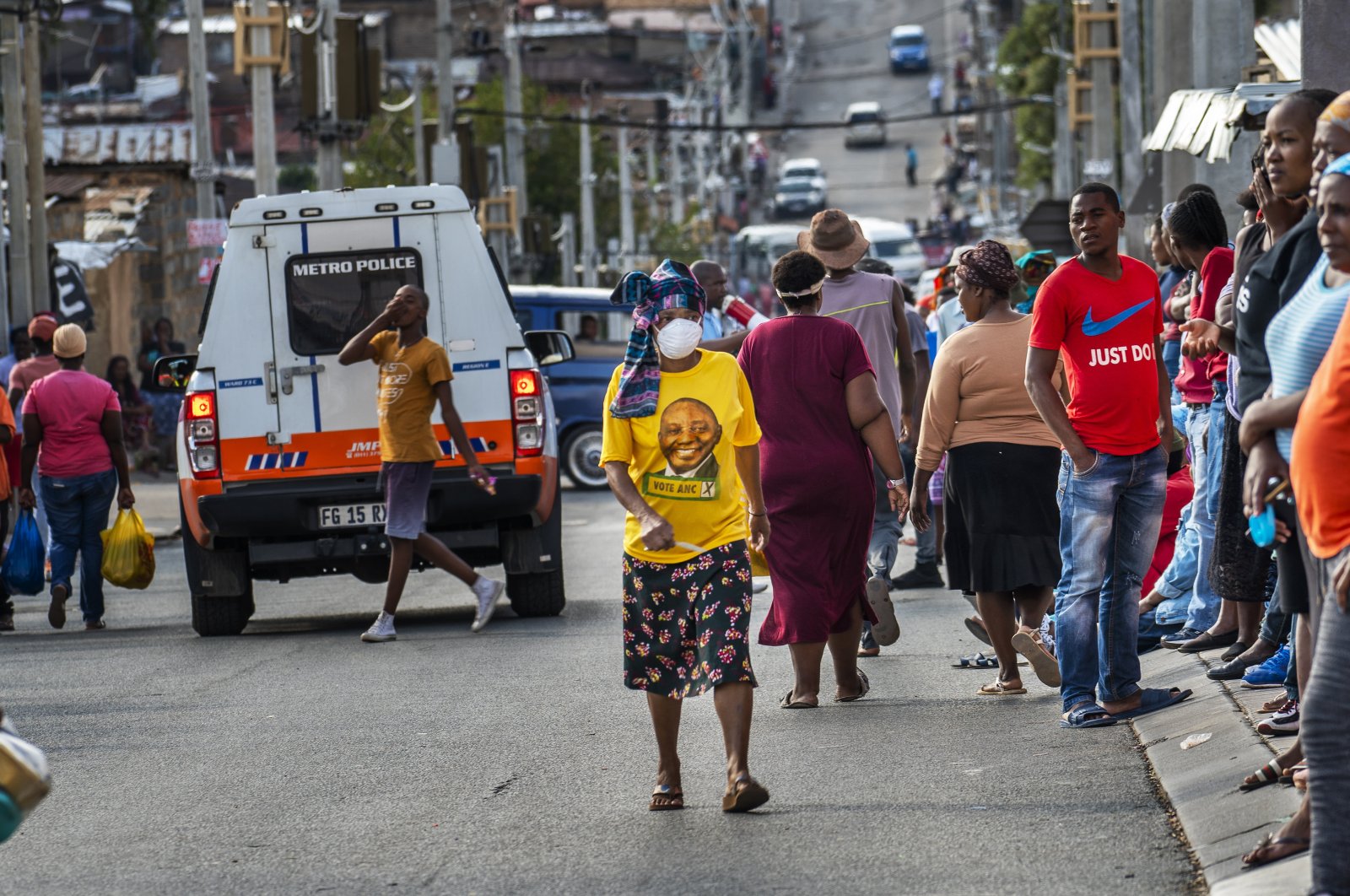 A woman wearing a mask and an African National Congress shirt with the face of South African President Cyril Ramaphosa walks in the Alexandra township of Johannesburg Wednesday, April 15, 2020. (AP)
by Anadolu Agency Apr 15, 2020 5:52 pm

More than 1,200 new coronavirus cases were registered in 52 countries in Africa on Wednesday, taking the total tally on the continent to 16,285, a health authority said.

According to the Africa Centers for Disease Control and Prevention dashboard, 878 people have died so far across the continent due to the virus.

The number of deaths the previous day stood at 816.

Some 3,200 patients, it said, have recovered as of Wednesday afternoon, while the figures keep changing by the minute.

North Africa has the highest toll from the virus followed by West Africa, South Africa, Central Africa and East Africa.

In terms of individual countries, South Africa remains the country with the highest number of cases and deaths in the continent, with 2,415 cases and 27 fatalities.

The second most heavily hit country is Egypt in North Africa, with 2,350 cases and 178 deaths.

The virus has infected more than 2 million people around the globe and has claimed over 128,000 lives, according to figures compiled by the U.S.-based Johns Hopkins University. Around 500,000 people have recovered.