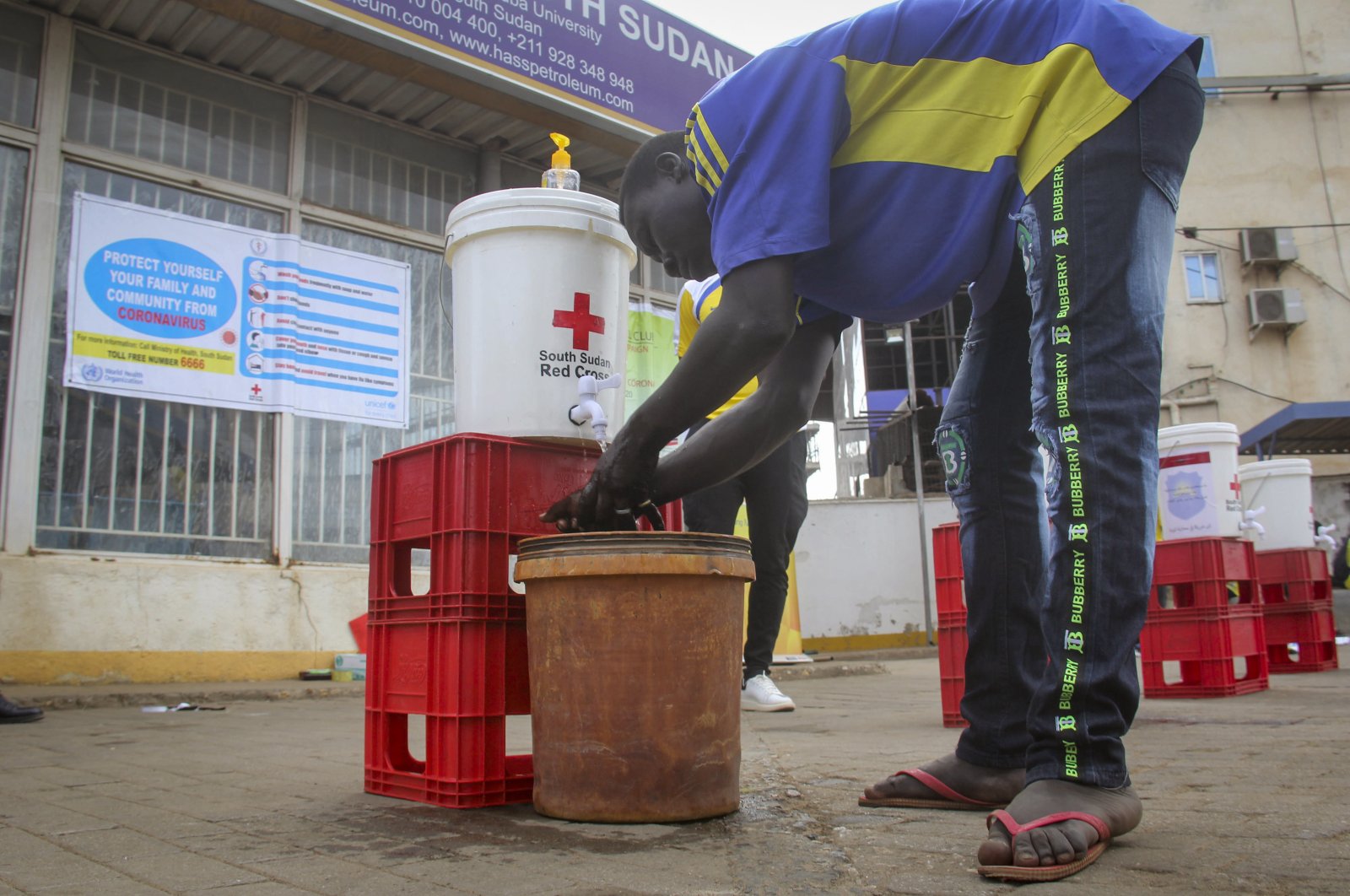 Add to that the challenge of enforcing social distancing in such cramped quarters, and aid workers fear many more deaths are inevitable after years of war, famine and displacement.

The United Nations said on Wednesday that two people had tested positive at the displacement camp, accommodating nearly 30,000 people, that it runs in the capital, Juba.

The news has sparked alarm among aid workers who fear the virus will spread like wildfire, overwhelming what is already a fragile health system in one of the world's poorest countries.

"There are tens of thousands of internally displaced persons living there, so they live in quite cramped conditions," said James Reynolds, head of the International Committee of the Red Cross in South Sudan. "You have got lots of people living in a single home without running water - it's very difficult for people to respect hand washing, social distancing, wearing a mask, all these things."

South Sudan, which split from its northern neighbor Sudan in 2011, is reeling from years of civil war between government forces under President Salva Kiir and those allied with Vice President Riek Machar.

The five-year conflict claimed an estimated 400,000 lives, triggered a famine and created Africa's biggest refugee crisis since the 1994 genocide in Rwanda.

More than 190,000 people are still sheltering in several U.N.-run camps, such as the one in Juba.

Aid workers said the camps were filled with families, with up to 12 people sharing small, flimsy shelters with little access to water or soap, making it almost impossible to contain the spread of the virus.

"If we add the fact that many people are at a higher risk due to co-morbidities - such as malnutrition, malaria, HIV - it is easy to see how COVID-19 could have catastrophic consequences in South Sudan," said Claudio Miglietta, head of the medical charity Medicins Sans Frontieres in South Sudan.

There are 203 cases of the virus with zero deaths in the country, according to the latest Johns Hopkins University data.

U.N. officials said on Wednesday that the arrival of COVID-19 in the Juba camp was not unexpected given the rising number of cases confirmed elsewhere in the city. "The U.N. continues to urge displaced people in the sites to follow prevention measures such as social distancing, hand washing, and isolating themselves if they become sick," said Stéphane Dujarric, a spokesman for the U.N.

He said the U.N. had doubled the water supply, brought in extra hand washing facilities and distributed three months' worth of food so people didn't need to go out shopping so often.