Death toll from explosions in Equatorial Guinea rises to 98 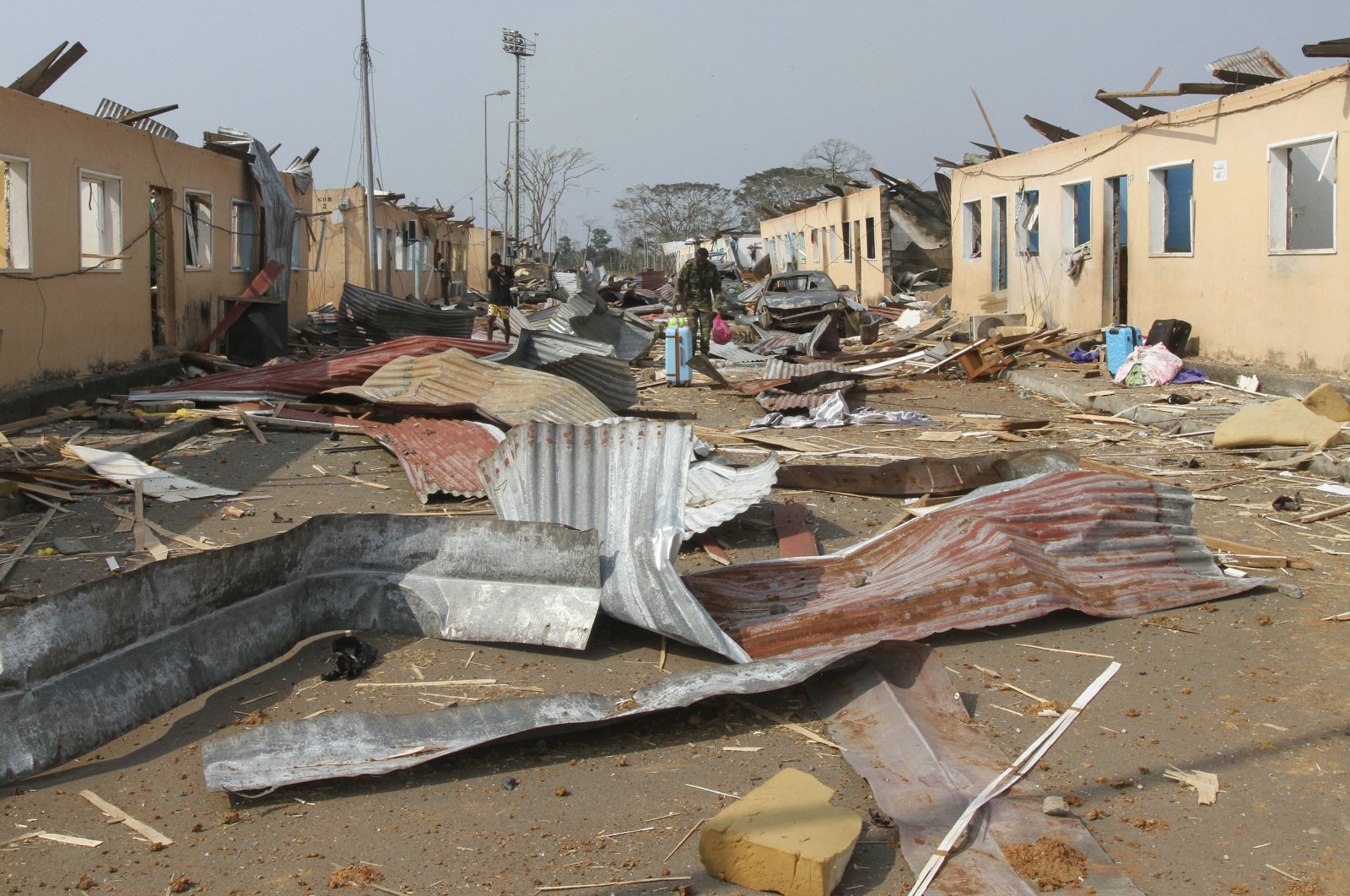 The death toll from a series of explosions at a military barracks in Equatorial Guinea rose by dozens to at least 98 after more bodies were recovered, the government said Tuesday.

The blasts on Sunday in the Mondong Nkuantoma neighborhood of the coastal city of Bata also wounded at least 615 people, authorities said. The government said that 316 of the injured have been discharged and 299 remain in care in various hospitals in the city. More than 60 people were also rescued from under the rubble by the civil protection corps and fire service, the government said.

President Teodoro Obiang Nguema said the government will hold an emergency meeting to look into how victims can quickly receive aid from Equatorial Guinea before international aid arrives. Investigations into the blast have begun, he said in a Tuesday statement.

The president initially said the explosion was due to the "negligent handling of dynamite” in the military barracks and the impact damaged almost all the homes and buildings in Bata.

The vice president, who is also in charge of defense and security, Teodoro Nguema Obiang Mangue, said Tuesday that investigations so far showed the fire may have begun when a farmer set fire to his plot to prepare it for food production and a breeze spread the flames to the nearby barracks where the high-caliber ammunition was stored. Images shown on state TV showed plumes of smoke rising above the explosion site as crowds fled. Roofs of houses were ripped off.

Equatorial Guinea, an oil-rich West African country of 1.3 million people located south of Cameroon, was a colony of Spain until it gained its independence in 1968. Bata has roughly 175,000 inhabitants.