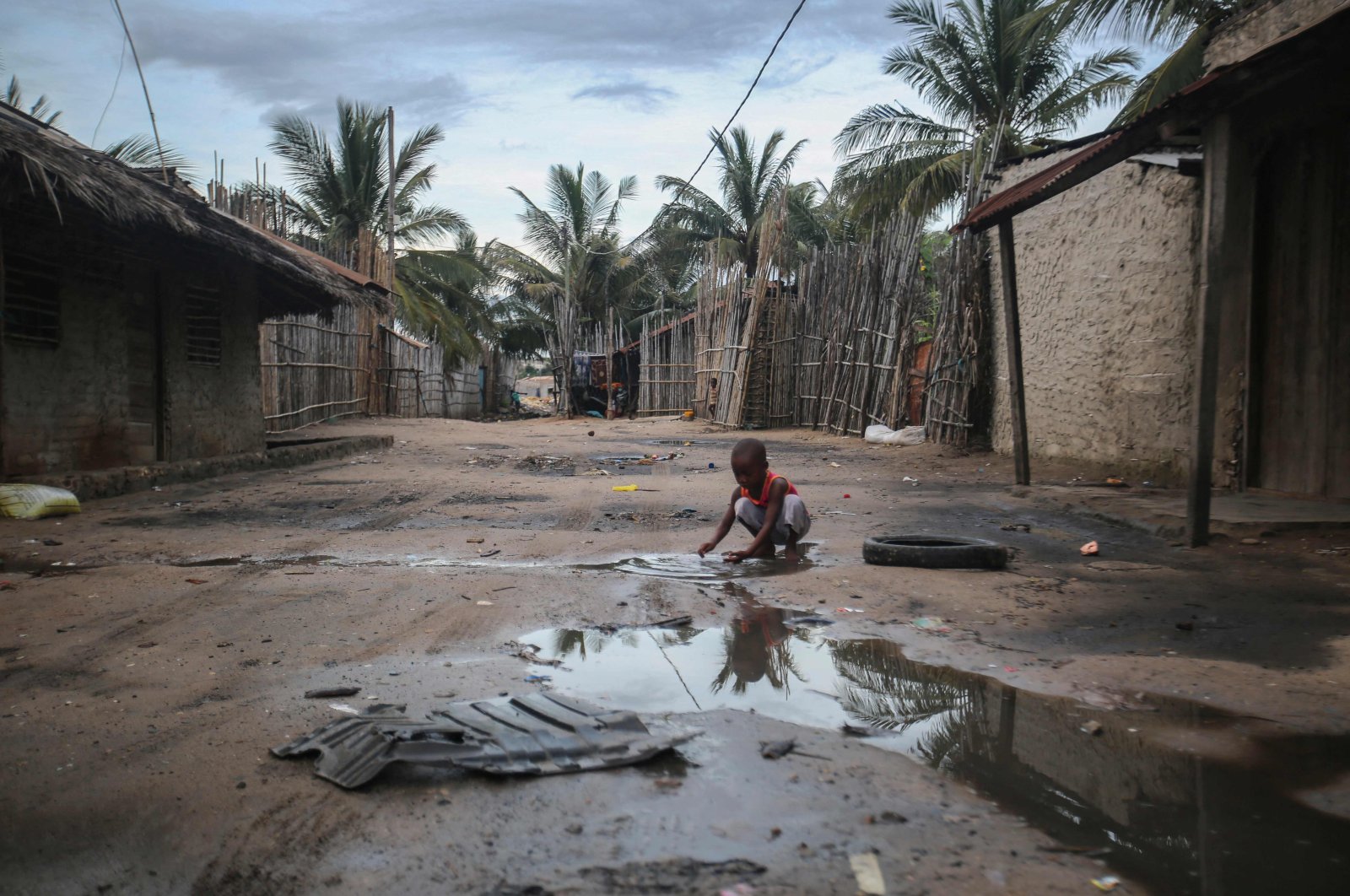 Dozens of people were killed in coordinated extremist attacks in northern Mozambique's Palma town, the government said on Sunday, four days after the raid was launched and forced the evacuation of thousands of survivors to safety in the provincial capital Pemba.

Seven people were killed in an ambush during an operation to evacuate them from a hotel where they had sought refuge, it said.

"Last Wednesday, a group of terrorists sneaked into... Palma and launched actions that resulted in the cowardly murder of dozens of defenseless people," Defense Ministry spokesperson Omar Saranga told a news conference.

Foreigners were among those caught in the violence, but the government did not say how many foreign nationals were killed. So far one South African is known to have died during the attack, his family confirmed to Agence France-Presse (AFP). Adrian Nel had been holed up in the Amarula hotel with his father and brother for two days, his mother said. As they were making their way to a convoy of cars that had come to evacuate them, Nel was shot dead, she said. His father had to carry his body until they were rescued.

"There's no way to possibly describe what you feel when you get news like that," Meryl Knox told AFP. "It's just devastating, body numbing, mind numbing."

Martin Ewi, a senior researcher with the Pretoria-based think-tank, the Institute for Security Studies, said that "over 100" people were still unaccounted for since the attack. He added that the situation on the ground was confusing.

Rebels fought the Mozambican army Sunday for the fifth straight day for control of the strategic northern town. The battle for Palma highlights the military and humanitarian crisis in this Southern African nation on the Indian Ocean. The three-year insurgency of the rebels in the northern Cabo Delgado province has taken more than 2,600 lives and displaced an estimated 670,000 people, according to the United Nations.

The attacks in Palma started Wednesday just hours after the French energy company Total announced that it would resume work outside the town on its huge natural gas project at Afungi, near Mozambique's northeastern border with Tanzania.

Earlier rebel attacks prompted Total in January to suspend work on the project to extract gas from offshore sites. The Mozambican army has been fighting the rebels in several locations to regain control of Palma, Col. Omar Saranga, a Ministry of Defense spokesperson, said Sunday in the capital of Maputo.

Hundreds of Palma residents, both local and foreign, have been rescued, he said, adding that the defense forces are battling "to contain the criminal attacks of terrorists and restore normality in Palma.”

Most communications in recent days with Palma and the surrounding area have been cut off by the insurgents, although some residents got messages out using satellite phones.

"(They said) they had seen bodies lying on the streets, that the sound of gunfire was ongoing. In fact, gunfire was recorded on the background as we spoke with them. And they were telling us that they were running for safety,” Zenaida Machado, the Human Rights Watch (HRW) representative in Mozambique, told The Associated Press (AP).

Many Palma residents ran into the dense tropical forest surrounding the town to escape the violence. But a few hundred foreign workers from South Africa, Britain and France clustered at hotels that quickly became targets for the rebel attacks.

An estimated 200 Mozambicans and foreign workers sheltered at the Hotel Amarula. On Friday, a band of them in 17 vehicles drove together to the beach, where they hoped to be rescued, but the convoy came under heavy fire. Only seven vehicles reached the beach, according to local reports and messages sent by survivors.

The beach remained under insurgent fire, preventing rescue efforts from air or sea, according to the reports. The Hotel Amarula remained under attack and it's not known what happened to those in the 10 vehicles that did not reach the coast. A ship that left Palma earlier carrying hundreds of people arrived Sunday in Pemba, the provincial capital about 100 miles south.

The fresh rebel violence brings into question the fate of Total's gas project, one of Africa’s biggest private investments. Total paid nearly $4 billion (TL 32.63 billion) for a 26.5% stake in the project in 2019. It had planned to start gas shipments in 2024 but the deteriorating security situation has made that goal unlikely. Total issued a statement Saturday saying due to the latest rebel attack it had "obviously” suspended all its operations in the Afungi peninsula. It said none of its staff at the Afungi site were victims of the attack.

"Total expresses its sympathy and support to the people of Palma, to the relatives of the victims and those affected by the tragic events of the past days,” said the statement. "Total trusts the government of Mozambique whose public security forces are currently working to take back the control of the area.”

Mozambique's insurgents are known locally as al-Shabab, although they do not have any known connection to Somalia's terrorist group of that name. The rebels have been active in Cabo Delgado province since 2017 but their attacks became much more frequent and deadly in the past year.