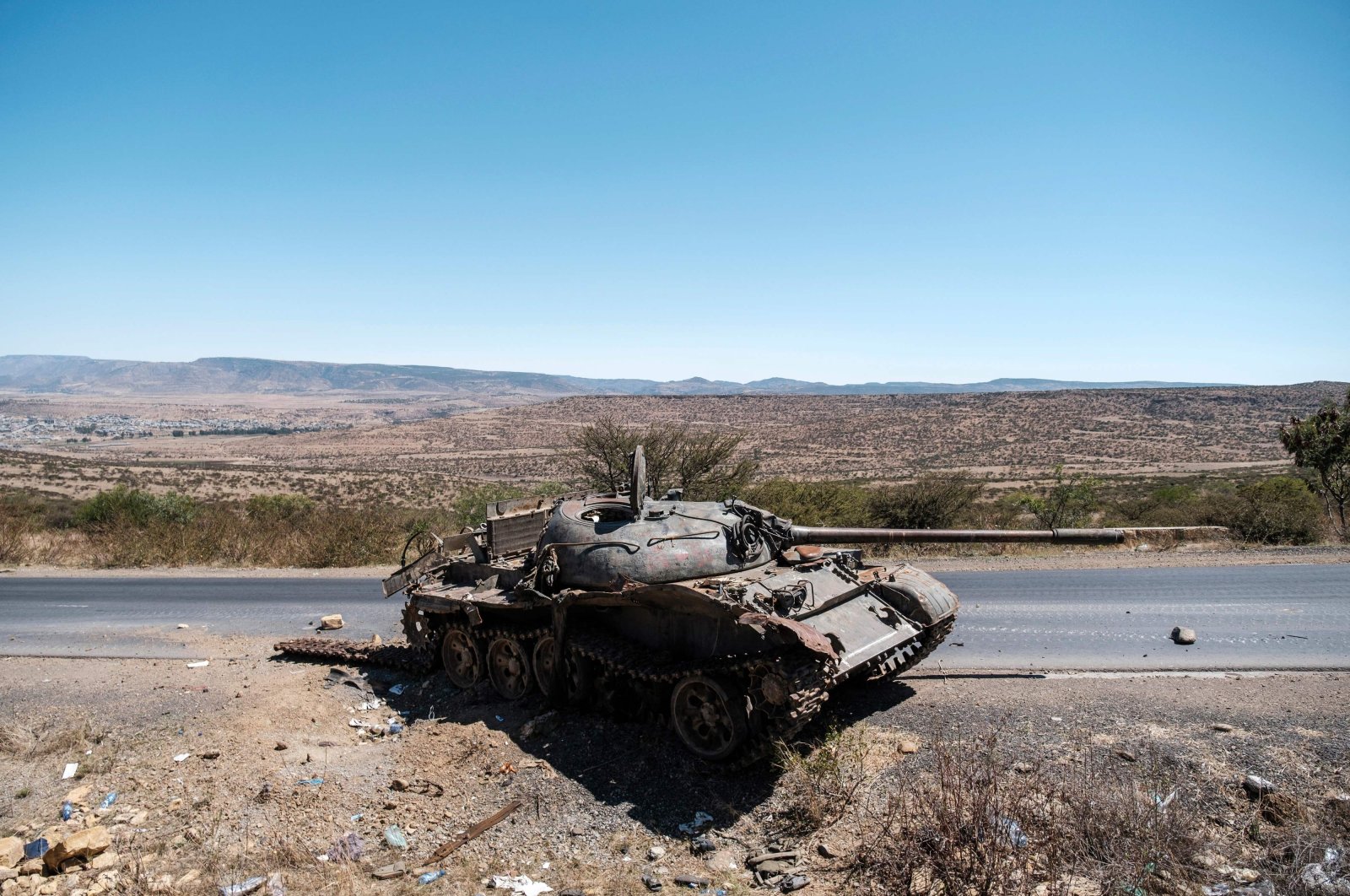 A new airstrike has hit the capital of Ethiopia's Tigray region, residents said Wednesday, while the United Nations said it is slashing its presence in the region by more than half as a government blockade halts humanitarian aid efforts and people die from lack of food.

The war in Africa’s second-most populous country has gone on for nearly a year between Ethiopian and allied forces and the Tigrayan People's Liberation Front (TPLF), who long dominated the national government before a falling-out with Prime Minister Abiy Ahmed, the 2019 Nobel Peace Prize winner.

There were no immediate details of deaths from the new airstrikes in Mekele, reported by Kindeya Gebrehiwot of the Tigray external affairs office and confirmed by a resident and a humanitarian worker.

"Indeed there have been airstrikes in Mekele today,” Ethiopian government spokesperson Legesse Tulu told The Associated Press (AP), saying they targeted facilities at the Mesfin Industrial Engineering site that Tigray forces use to make and repair heavy weapons. Legesse said the airstrikes had "no intended harm to civilians.”

"Not at all,” Kindeya with the Tigray forces told the AP, calling the site a garage "with many old tires. That is why it is still blazing.”

The airstrikes have caused fresh panic in a city under siege, where doctors and others have described running out of medicines and other basic needs.

The air force said communications towers and equipment were attacked. Mekele hadn't seen fighting since June, when Tigray forces retook much of the region in a dramatic turn in the war.

Tigrai Television, controlled by the region's TPLF, reported that the attack targeted the city center. It posted photographs of what appeared to be plumes of billowing smoke, but it was not immediately possible for Reuters to geo-locate the photographs. It was also not immediately possible to reach the Ethiopian government or the TPLF for comment. The TV station said in a statement on Facebook that the strike took place at 10:24 a.m. (7:24 a.m. GMT). The two sides have been fighting a war for almost a year that has killed thousands of people and displaced more than 2 million.

Despite pleas from the U.N. and others to allow basic services and humanitarian aid to Tigray’s 6 million people, Ethiopia’s government this week called those expectations "absurd” while the Tigray forces now fight in the neighboring regions of Amhara and Afar.

"Although not all movements have yet taken place, there will probably be a reduction from nearly 530 to around 220 U.N. staff on the ground in Tigray,” U.N. humanitarian spokesperson Saviano Abreu told The Associated Press (AP).

The decision is "directly linked to the operation constraints we have been faced with over the last months” along with the volatile security situation, he said. The lack of fuel and cash because of the government’s blockade on Tigray "has made it extremely challenging for humanitarians to sustain life-saving activities” at the time they’re needed most, Abreu added. Some 1,200 humanitarian workers including the reduced U.N. presence will remain in Tigray, he said.

The AP in recent weeks has confirmed the first starvation deaths in Tigray under the government blockade.

"The federal air strikes on Mekele appear to be part of efforts to weaken Tigray’s armed resistance, which has recently made further gains in eastern Amhara region, with fighting ongoing in some areas," said Will Davison, a senior analyst on Ethiopia at the Brussels-based International Crisis Group, a think-tank. "Along with superior manpower, control of the skies is one of the few remaining areas of military advantage for the federal government," Davison said.