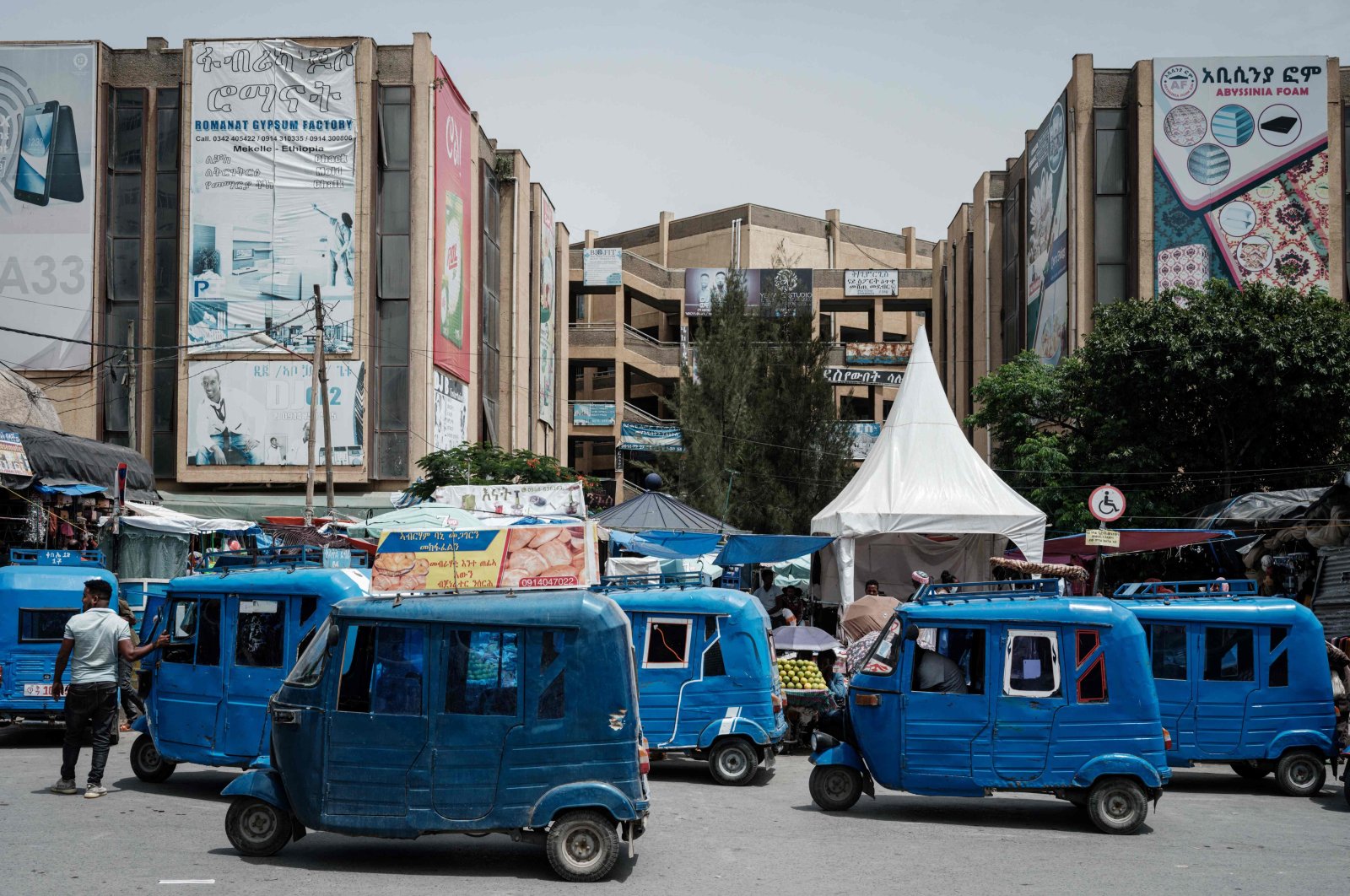 Motor tricycles wait for customers next to the downtown market in Mekele, the capital of Tigray region, Ethiopia, June 25, 2021. (AFP Photo)
by ASSOCIATED PRESS
Jun 28, 2021 8:15 pm

Ethiopia’s government Monday declared an immediate, unilateral cease-fire in its Tigray region after nearly eight months of deadly conflict and as hundreds of thousands of people face the world’s worst famine crisis in a decade.

The statement carried by state media came shortly after the Tigray interim administration, appointed by the federal government, fled the regional capital, Mekele, and called for a cease-fire on humanitarian grounds so that desperately needed aid can be delivered.

The cease-fire “will enable farmers to till their land, aid groups to operate without any military movement around and engage with remnants (of Tigray's former ruling party) who seek peace,” Ethiopia's statement said, adding that efforts to bring Tigray's former leaders to justice continue.

Ethiopia said the cease-fire will last until the end of the crucial planting season in Tigray. The season’s end comes in September. The government ordered all federal and regional authorities to respect the cease-fire.

“The government has the responsibility to find a political solution to the problem,” the head of the interim administration, Abraham Belay, said in calling for the cease-fire, adding that some elements within Tigray’s former ruling party are willing to engage with the federal government.

There was no immediate comment from the Tigray fighters.

The region in recent days has seen some of the fiercest fighting of the conflict, and some Mekele residents Monday cheered the arrival of Tigray forces.

Thousands of people have been killed in the conflict as Ethiopian and allied forces pursue Tigray’s former leaders and their supporters, and as humanitarian groups plead for more access to the region of 6 million people. International pressure on Ethiopia spiked again last week after a military airstrike on a busy market in Tigray killed more than 60 people.