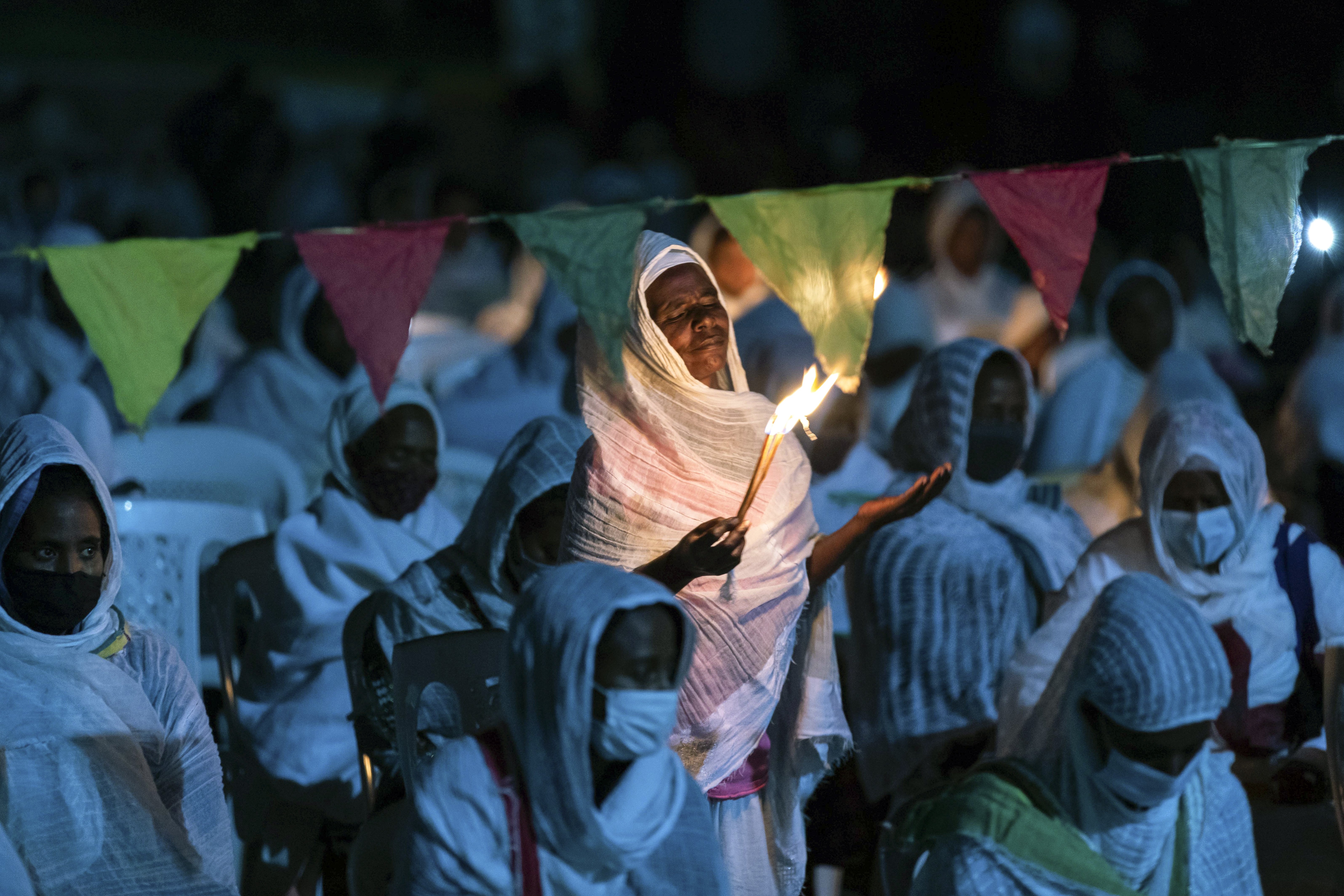 Ethiopian Orthodox Christians light candles and pray for peace during a church service at the Medhane Alem Cathedral in the Bole Medhanealem area of the capital. Ethiopia's powerful Tigray region asserts that fighter jets have bombed locations around its capital, Mekele, aiming to force the region "into submission," while Ethiopia's army says it has been forced into an "unexpected and aimless war," Addis Ababa, Ethiopia, Nov. 5, 2020 (AP Photo/Mulugeta Ayene)
by ASSOCIATED PRESS
Nov 07, 2020 1:41 pm

Ethiopia’s upper house of parliament has voted to set up a transitional administration in the country’s Tigray region, where fighting erupted this week between regional forces and those of the federal government.

The House of Federation’s move on Saturday paves the way for the removal of the northern Tigray region’s leadership that Ethiopia’s federal government considers illegal. The decision needs no further approval, and it gives Prime Minister Abiy Ahmed the power to coordinate and carry out the measures.

Ethiopia’s federal government says "the transitional administration will appoint officials, ensure the respect for rule of law, approve the region’s budget and facilitate the process of conducting elections.”