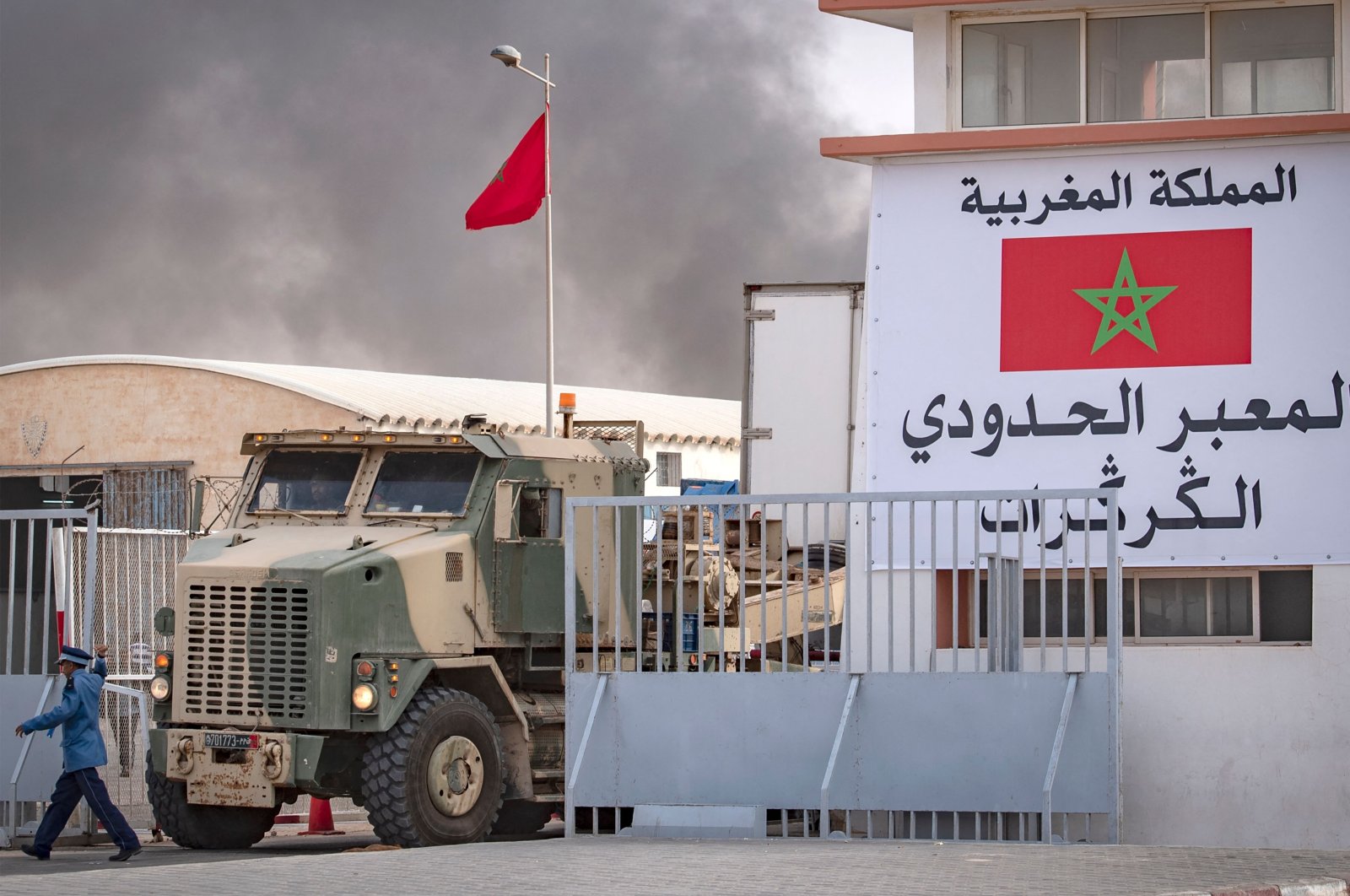 Smoke from burning waste behind a Moroccan border crossing point between Morocco and Mauritania in Guerguerat located in Western Sahara, after the intervention of the royal Moroccan armed forces in the area, Nov. 24, 2020. (AFP)
by REUTERS Sep 29, 2021 4:29 pm
RECOMMENDED

A European Union court declared on Wednesday that EU-Morocco trade deals covering farm products and fish were invalid because they were agreed without the consent of the people of Western Sahara.

The EU and Morocco swiftly issued a joint statement saying they would act to ensure continuity of bilateral trade, and a senior Moroccan diplomatic source told Reuters he expected an appeal against what he called an "incoherent" ruling.

Morocco regards Western Sahara as its own territory, but the Algeria-backed Polisario Front movement has sought the region's independence since the end of Spain's colonial rule in 1975.

The United Nations brokered a cease-fire between Morocco and the Polisario in 1991 and has been calling for a mutually acceptable political solution to the conflict. Pro-Polisario campaigners have sought to challenge the EU’s trade deals with Morocco in the courts because they include the desert region.

The Polisario Front challenged two EU-Morocco agreements struck in 2019, both revised after a previous EU court ruling that they were not applicable to Western Sahara.

The revisions added the territory and its adjacent waters. The General Court of the European Union, the bloc's second-highest chamber, first accepted that the Polisario had the legal capacity to bring proceedings before EU courts, which the respondents had questioned. It then accepted the Polisario's view that the consent of the people of Western Sahara was required to implement agreements covering the territory and that steps, such as consultations, taken by EU authorities could not be regarded as having secured that consent.

However, the court did say its annulment of the agreements would not take effect immediately, but only after the two-month period for lodging an appeal or after an eventual ruling if an appeal was filed.

In their joint statement, Morocco's Foreign Minister Nasser Bourita and the EU's foreign policy chief Josep Borrell said they would "take necessary measures to ensure the legal framework guaranteeing the continuation and stability of trade between the EU and Morocco."

Morocco has offered autonomy to Western Sahara, but Algeria and the Polisario Front have rejected this, insisting on a referendum with independence as an option. Last year, the United States recognized Morocco's sovereignty over the territory, and more than 20 mostly African and Arab states have opened consulates in Western Sahara, in an apparent show of support for Rabat.