Food aid in Ethiopia's Tigray to run out this week: US agency 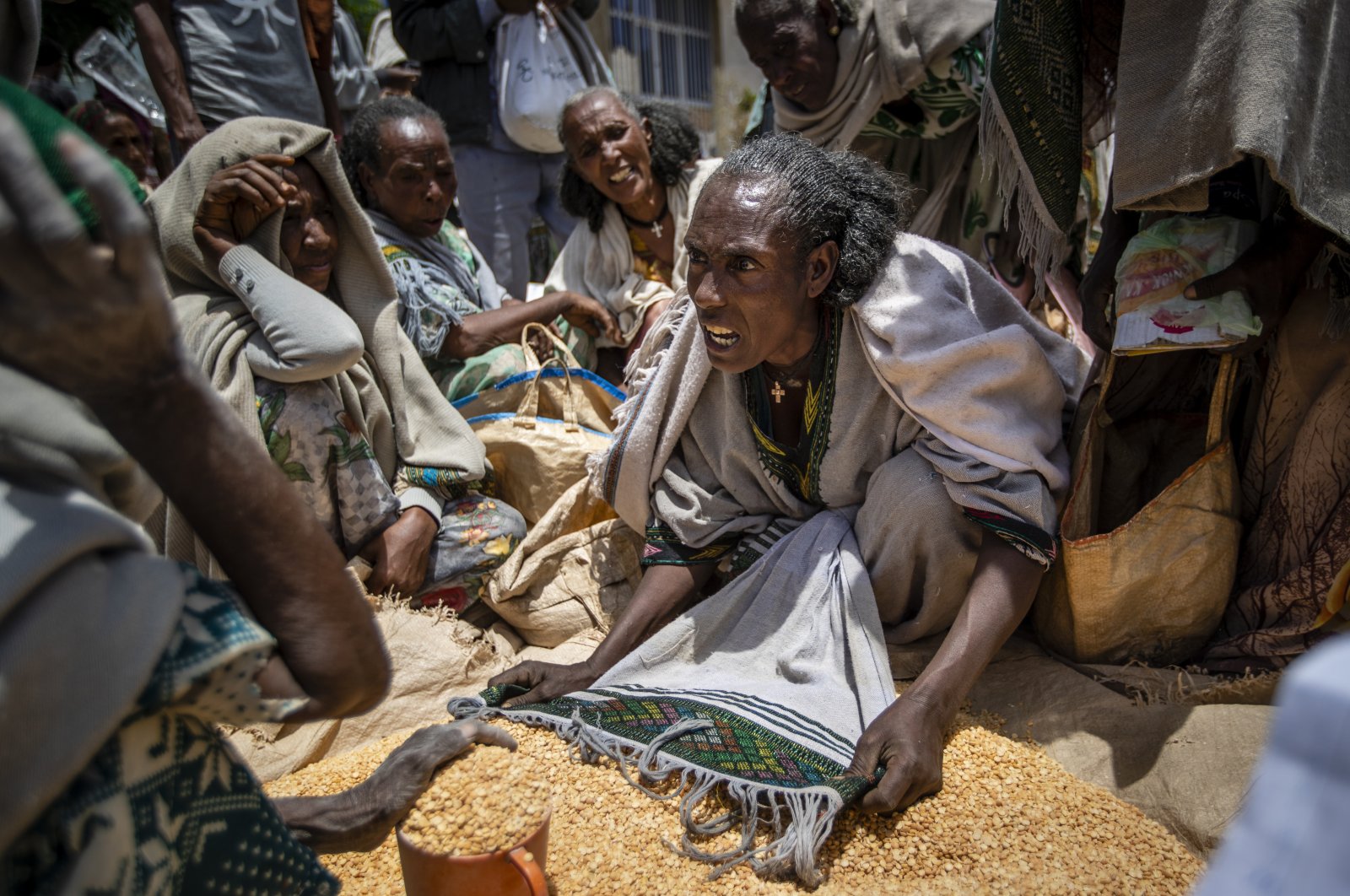 An Ethiopian woman argues with others over the allocation of yellow split peas after it was distributed by the Relief Society of Tigray in the town of Agula, in the Tigray region of northern Ethiopia, May 8, 2021. (AP Photo)
by REUTERS Aug 20, 2021 10:41 am
RECOMMENDED

Aid workers in Ethiopia's Tigray region will this week run out of food to deliver to millions of people who are already living in famine-like conditions, head of the U.S. government's humanitarian agency said.

"USAID and its partners as well as other humanitarian organizations have depleted their stores of food items warehoused in Tigray," Samantha Power, head of the U.S. Agency for International Development (USAID), said in a statement late on Thursday.

War broke out in November between Ethiopian troops and the Tigray People's Liberation Front (TPLF), which controls the region. The conflict has been marked by allegations of war crimes, killed thousands and sparked a humanitarian crisis in one of the world's poorest regions.

The U.N. warned last month that more than 100,000 children in Tigray could die of hunger. On Thursday, the U.N. Secretary-General Antonio Guterres called for an immediate cease-fire and unrestricted aid access in Tigray.

"People in Tigray are starving with up to 900,000 in famine conditions and more than five million in desperate need of humanitarian assistance," Power said. Spokespeople for Prime Minister Abiy Ahmed and the government's emergency task force on Tigray did not respond to requests for comments.

Abiy's spokesperson told a news conference last week that 277 trucks of aid have entered Tigray, without specifying the time period in which the trucks entered. Billene Seyoum, the spokesperson, also said that more than 10 international aid groups and United Nations agencies are active in humanitarian efforts in Tigray and that the federal government is also providing support.

Power said that 100 trucks carrying food and life-saving supplies need to be arriving each day in Tigray to meet the "vast" humanitarian needs there. As of a few days ago, only about 320 trucks had arrived, less than 7% of what is required, her statement read.

The Ethiopian government declared a unilateral cease-fire in June after Tigrayan forces recaptured the regional capital Mekelle and retook most of the region. The Tigrayan forces dismissed this as a "joke" and issued preconditions for truce talks.