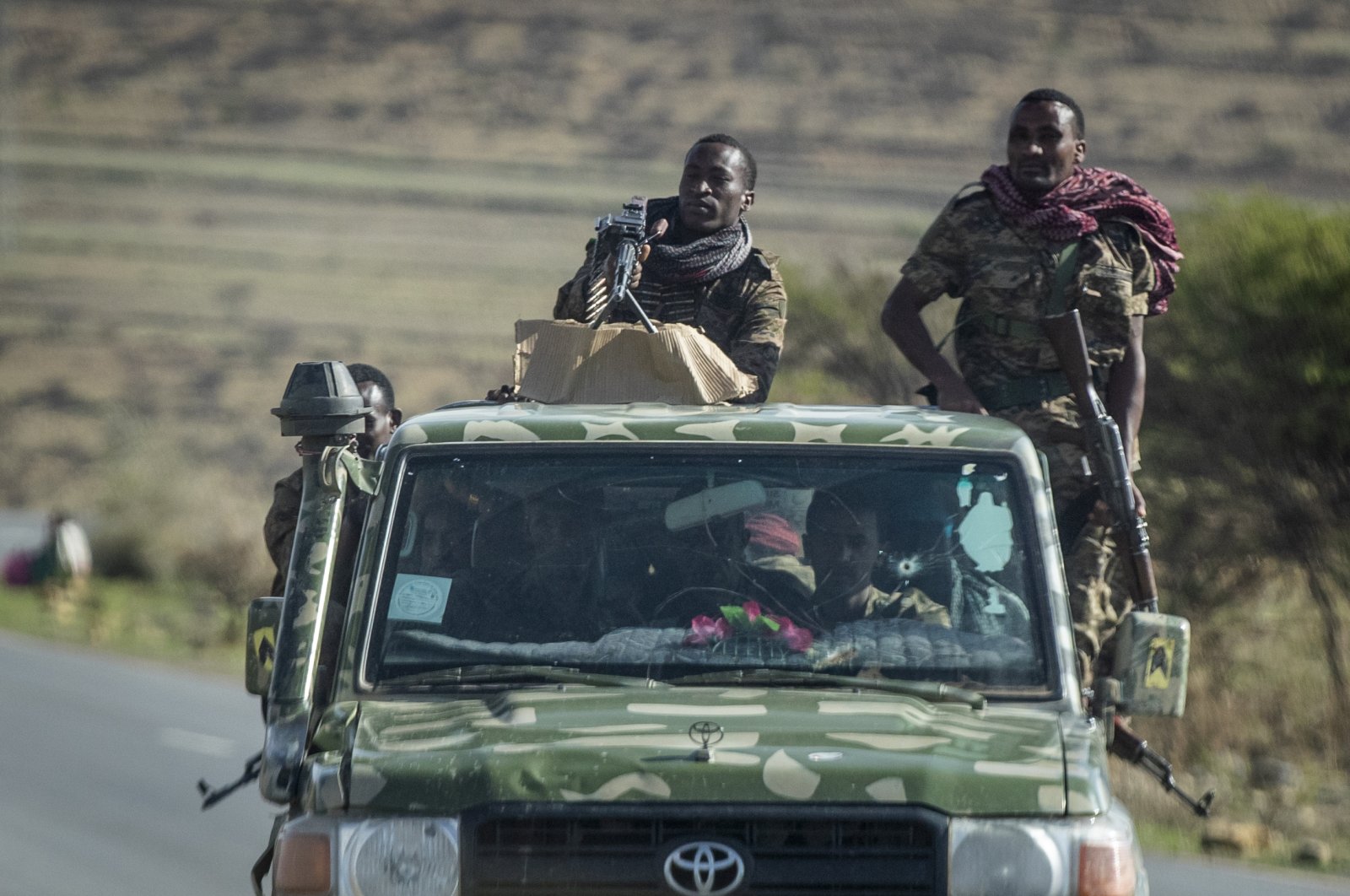 Dissident leaders in Ethiopia's war-hit Tigray have vowed to drive out "enemies" from the region, suggesting fighting will continue despite a federal government cease-fire declaration.

But almost eight months on, the operation suffered a serious blow when rebels known as the Tigray Defense Forces (TDF) entered the regional capital Mekele on Monday, prompting celebrations in the streets as federal soldiers and members of an Abiy-appointed interim regional government fled.

Abiy's government then announced Monday night it was declaring a "unilateral cease-fire," though there was no immediate response from the TDF. A statement overnight from Tigray's pre-war government hailed the TDF advances and said Mekele was fully under its control.

"The government of Tigray calls upon our people and army of Tigray to intensify their struggle until our enemies completely leave Tigray," the statement said.

Communications appeared to be cut throughout the region on Tuesday, making it difficult to verify reports of troop movements.

The International Crisis Group, a conflict prevention organization, said the TDF was "now in control of most of the region, including major towns." A U.N. official briefed on the security situation told Agence France-Presse (AFP) Tuesday that Ethiopian troops and their Eritrean allies had fled the town of Shire, about 140 kilometers (87 miles) northwest of Mekele, sparking further street celebrations.

"The population has taken to the streets in droves. Huge crowds line the main routes and movement is somewhat difficult," read a U.N. security assessment distributed Tuesday afternoon. It said Ethiopian and Eritrean checkpoints had been vacated, and representatives of Tigray's Abiy-appointed interim government had also fled.

Shire is home to hundreds of thousands of displaced Tigrayans, and the assessment noted that humanitarian operations continued even after four vehicles carrying TDF fighters arrived from the east before noon.

More TDF fighters were expected to reach Shire later in the afternoon and evening. For months the TDF did not hold any major cities and towns, but its leaders have repeatedly boasted that they were regrouping in remote rural areas. Its recent gains come about a week after it launched a major offensive that coincided with Ethiopia's highly anticipated national elections.

The brutal war in Tigray has been marked by massacres, widespread sexual violence and other abuses. The United Nations has also warned that the conflict has pushed hundreds of thousands of people to the brink of famine.

The World Health Organization (WHO) on Tuesday reiterated concerns about access to health care in the region, warning of potential outbreaks of cholera, measles, malaria and yellow fever.

"With hospitals barely functioning, people displaced, and the looming famine, the risk of communicable and vaccine-preventable diseases spreading due to lack of food, clean water, safe shelter and access to health care is very real," said WHO spokesman Tarik Jasarevic.

In announcing its cease-fire, the federal government said it would last until the end of the current "farming season" and was intended to facilitate agricultural production and aid distribution while allowing rebel fighters "to return to a peaceful road."

U.N. Secretary-General Antonio Guterres said Monday he had spoken with Abiy, winner of the 2019 Nobel Peace Prize, and was "hopeful that an effective cessation of hostilities will take place".

Britain, the United States and Ireland have called for an emergency U.N. Security Council public meeting, which could happen on Friday, diplomatic sources said.

The Security Council has failed to hold a public session on Tigray since the war erupted, with many African countries, China, Russia and other nations deeming the crisis an internal Ethiopian affair.

Throughout the fighting, Abiy has benefited from the backing of soldiers from neighboring Eritrea and Ethiopia's Amhara region, which borders Tigray to the south. These forces' involvement "will complicate a blanket application of a temporary cease-fire, which so far appears to be a mostly unilateral move by the federal government," said Connor Vasey, an analyst with the risk consultancy Eurasia Group.

Should discussions on a possible political settlement actually go ahead, they "are likely to be difficult and protracted," Vasey said. France's foreign ministry on Tuesday urged all parties to obey the cease-fire and reiterated its call for Eritrean troops to leave Ethiopia.