France hands military base to Malian army amid drawdown 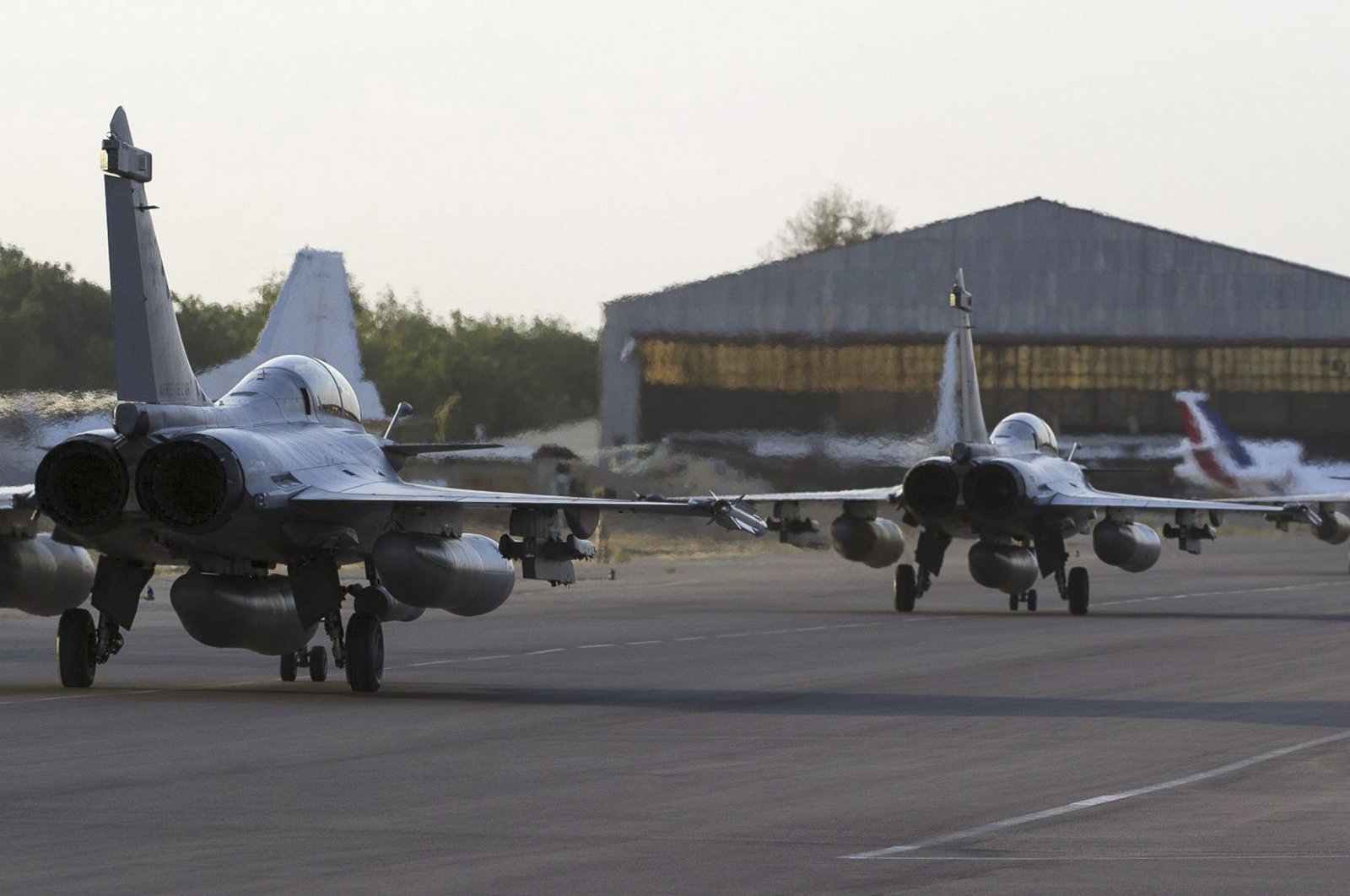 French Rafale fighter jets taxi on the runway, before their deployment in Mali, after landing in Ndjamena, Chad, Jan. 13, 2013.  (French Military Communications Audiovisual office via Reuters)
by Anadolu Agency Nov 17, 2021 8:51 am
RECOMMENDED

France has transferred control of a military base in northeastern Mali to the Malian army as part of a move to reorganize French forces deployed in the Sahel region under Operation Barkhane.

In a statement Tuesday, the French military chief of staff said the Barkhane counterterrorism force has handed over the base in Tessalit after adaptation sessions.

"After that of Kidal, the hold occupied by the Barkhane force in Tessalit was transferred on Nov. 13 to the Malian Armed Forces (FAMa). The last French soldiers left the site on Nov. 15," it said.

It said that the transfer was "gradual, controlled and closely coordinated with FAMa and the United Nations Multidimensional Integrated Stabilization Mission in Mali (MINUSMA), whose contingent of several hundred soldiers is permanently deployed in Tessalit."

The handover of the base to Malian soldiers, according to the French authority, "is part of the combat partnership between the French and Malian forces." It said that "training sessions" were conducted in this context with Malian soldiers "over several weeks.”

The objective between the two forces was to "share their know-how and prepare for the full assumption of the hold by a reinforced FAMa company," it added.

It also cited the implementation of various reassurance procedures that completed "this stage of adaptation,” adding it has not encountered any particular difficulties and it has been "conducted in very good conditions of dialogue.”

On June 10, 2021, French President Emmanuel Macron announced the end of Operation Barkhane, which had been carried out in Mali for more than eight years as part of the fight against terrorism.

At the same time, Macron announced a "profound transformation" of the French military presence in the Sahel through, among other things, the closure of French army bases and by relying on the Takuba task force, an "international alliance associating the states of the region.”