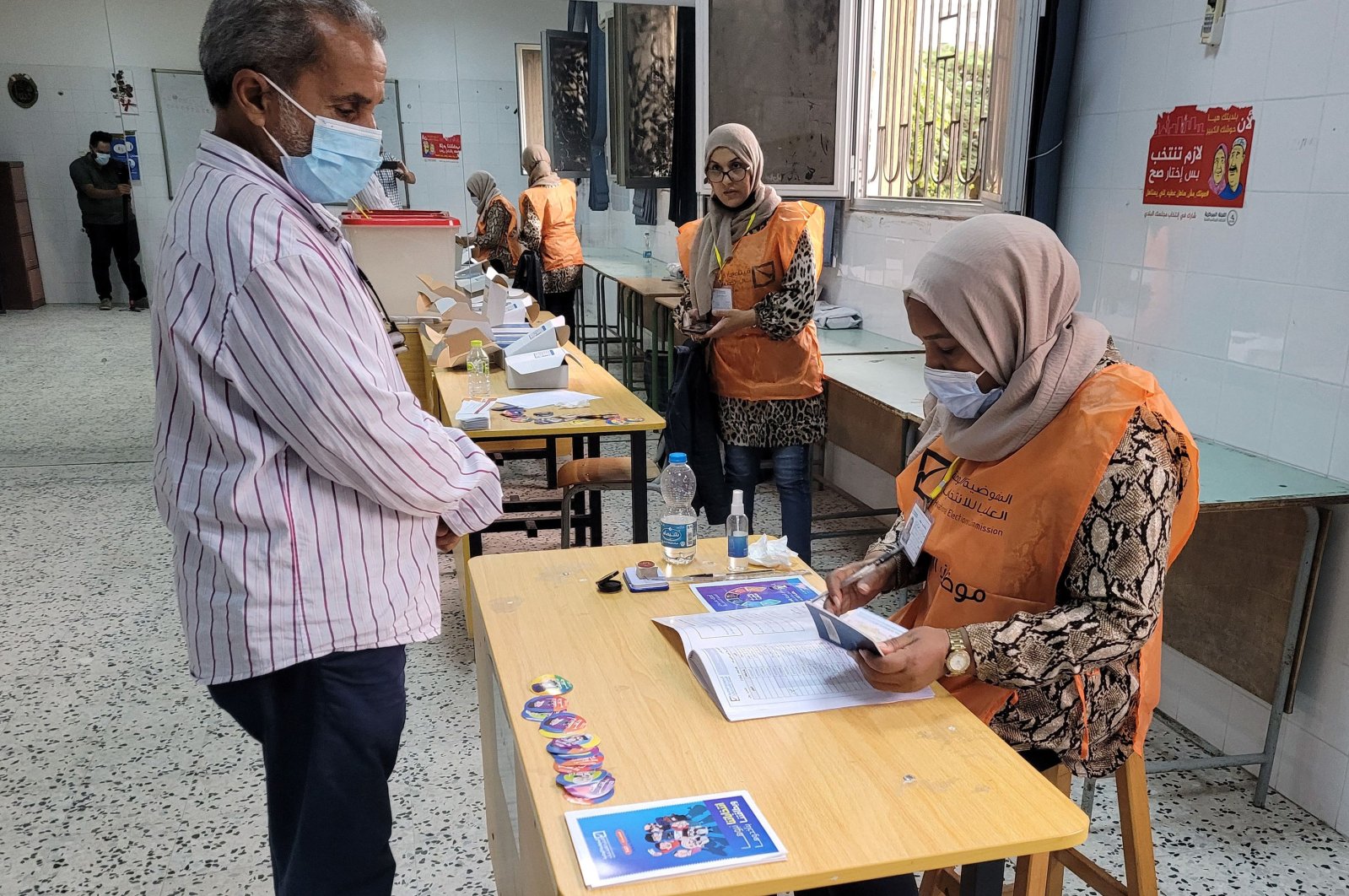 French President Emmanuel Macron will host a conference on upcoming elections in Libya on Friday.

Both the presidential vote on Dec. 24 and the legislative elections are the centerpiece of a United Nations plan to help restore stability, but the calendar has been under pressure as tensions resume between rival camps.

There are also fears over whether the various factions will recognize the results of the votes, which would mark a turning point in stability for a country that has become a major departure point for migrants seeking to cross the Mediterranean for Europe.

Key players attending the meeting will include United States Vice President Kamala Harris, who is on a visit to France aimed at improving ties, and Egyptian President Abdel Fattah el-Sissi, one of Paris's closest allies in the Middle East.

Also attending, in a rare visit to Western Europe amid longstanding tensions between Moscow and the West, is Russia's Foreign Minister Sergei Lavrov.

But the level of representation from Turkey, another key regional power that has been supporting Libya's U.N.-recognized government, remains unclear.

"The elections are within grasp. There is a strong momentum in Libya for them to go ahead. The stability of the country is at stake," said a French presidential official, who asked not to be identified by name.

"But there are 'spoilers' who are trying to derail the process," the official said.

Elysee officials are at pains to present the conference as an international effort, co-presided by France, Germany, Italy, the U.N. and Libya itself.

But it represents the latest foray into high-stakes international diplomacy by Macron, who is expected to seek re-election in April and whose country also takes on the European Union presidency in January.

France has supported putschist Gen. Khalifa Haftar against the U.N.-recognized government in Tripoli.

Observers also accuse Moscow of deploying mercenaries belonging to the Wagner group, which is allegedly controlled by a close ally of President Vladimir Putin.

Macron wants the conference to endorse a plan for the departure of all foreign forces and mercenaries, the French presidential official said.

The level of representation from Libya is also not clear.

Mohammad Younes Menfi, the head of the transitional presidential council that currently carries out head-of-state functions ahead of the elections, is expected in Paris.

But it is not certain that Prime Minister Abdul Hamid Dbeibah will come amid reported tensions between him and Menfi.

One likely absentee is set to be Algeria's President Abdelmadjid Tebboune, who was invited by Paris, but is set to stay away after taking umbrage at comments by Macron criticizing his country's "political-military system."

Earlier this week, Libya opened registration for hopefuls in the elections, with speculation mounting over possible presidential bids by Haftar and by dictator Moammar Gadhafi's son Seif al-Islam Gadhafi, both deeply divisive figures.

The scheduling also remains unclear – presidential and parliamentary elections are slated for Dec. 24, but in early October, parliament split the dates of the vote by pushing back the legislative elections until January.

However, foreign powers have been pushing hard for both elections to still be held on the same date, as agreed at U.N.-led talks last year.

In recent years, the oil-rich country was split between two rival administrations backed by foreign powers and myriad militias.

While Turkey and Qatar have been the main backers of the U.N.-recognized Government of National Accord (GNA), Haftar was supported by Egypt, Russia, France and the United Arab Emirates (UAE).

After eastern warlord Haftar's forces were routed from the country's west last year, the two camps signed a cease-fire in Geneva in October, and an interim government was established earlier this year to lead the country toward the planned polls.

The French have been working alongside forces loyal to the putschist general, who rejected the official Libyan government. In July 2019, French missiles were found on a base south of the capital Tripoli belonging to militias loyal to Haftar. France admitted the weapons belonged to it yet denied supplying them to Haftar in breach of a U.N. arms embargo, saying French forces in Libya had lost track of them.