France to host summit on Libya in November 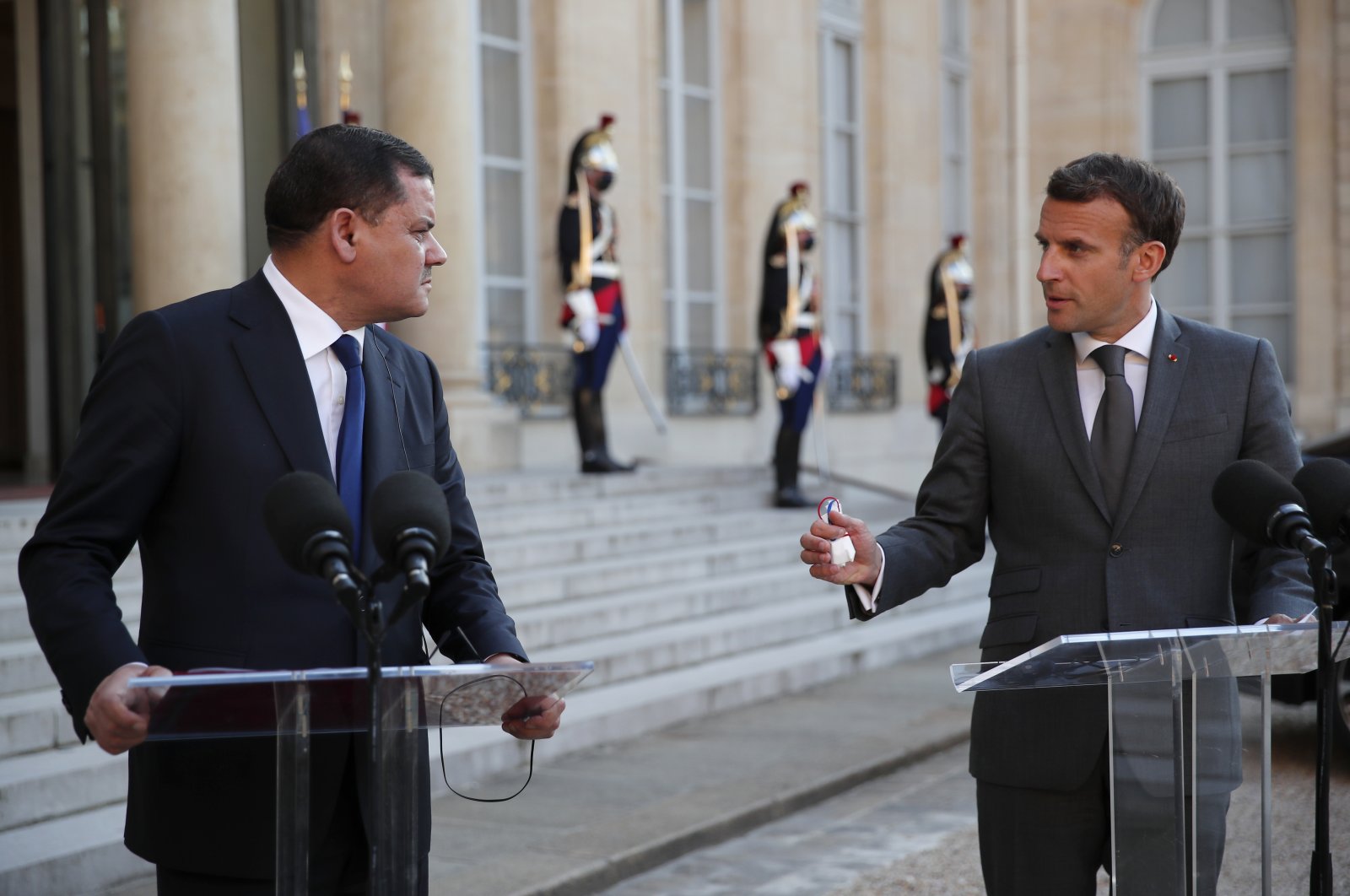 France will host an international conference on Libya on Nov. 12, a month before the country plans to hold elections to unify the east and west to put a permanent end to a decade of civil war.

"In view of the December elections, France will organize, around the president of the republic, an international conference on Libya on Nov. 12," said French Foreign Minister Jean-Yves Le Drian, during a press conference on the sidelines of the U.N. General Assembly (UNGA).

Le Drian and his German and Italian counterparts, Heiko Maas and Luigi Di Maio, will also co-chair a meeting devoted to Libya on Wednesday in New York.

France is asking for the elections to be held on schedule and for the "departure of foreign forces and mercenaries," said Le Drian.

The ratification earlier this month of an electoral law that was clearly tailor-made for putschist Gen. Khalifa Haftar, who controls eastern Libya, raised tensions three months before the crucial ballot.

The law was not put to a vote and was signed by the head of the parliament seated in the eastern city of Tobruk, Aguila Saleh, a Haftar ally.

The head of the Tripoli-based High Council of State (HCS), which has been acting as a senate, Khalid al-Mishri, rejected the legislation, which he said had been passed "without a legal vote or consensus."

The HCS on Monday proposed a postponement by at least one year of the presidential election, owing to a lack of consensus on the electoral law.

Libyan Foreign Minister Najla Mangoush at the end of August likewise did not rule out postponing the elections.

Egyptian President Abdel-Fattah el-Sissi, who has expressed support for Haftar, is pressing for the legislative and presidential elections to be held as scheduled on Dec. 24.

The United States also described the poll as "the best opportunity it has had in a decade, to bring the conflict to closure."

In December, the U.N. estimated there were some 20,000 mercenaries and foreign fighters in Libya, including Russians from the private security company Wagner Group, Chadians, Sudanese and Syrians. Several hundred Turkish soldiers are present in Libya under a bilateral agreement with the previous internationally recognized government in Tripoli.

In recent years, the oil-rich country was split between two rival administrations backed by foreign powers and myriad militias.

While Turkey and Qatar have been the main backers of the U.N.-recognized Government of National Accord (GNA), Haftar was supported by Egypt, Russia, France and the United Arab Emirates (UAE).

After eastern warlord Haftar's forces were routed from the country's west last year, the two camps signed a cease-fire in Geneva in October, and an interim government was established earlier this year to lead the country toward the planned polls.

The French have been working alongside forces loyal to the putschist general, who rejected the official Libyan government. In July 2019, French missiles were found on a base south of the capital Tripoli belonging to militias loyal to Haftar. France admitted the weapons belonged to it yet denied supplying them to Haftar in breach of a U.N. arms embargo, saying French forces in Libya had lost track of them.