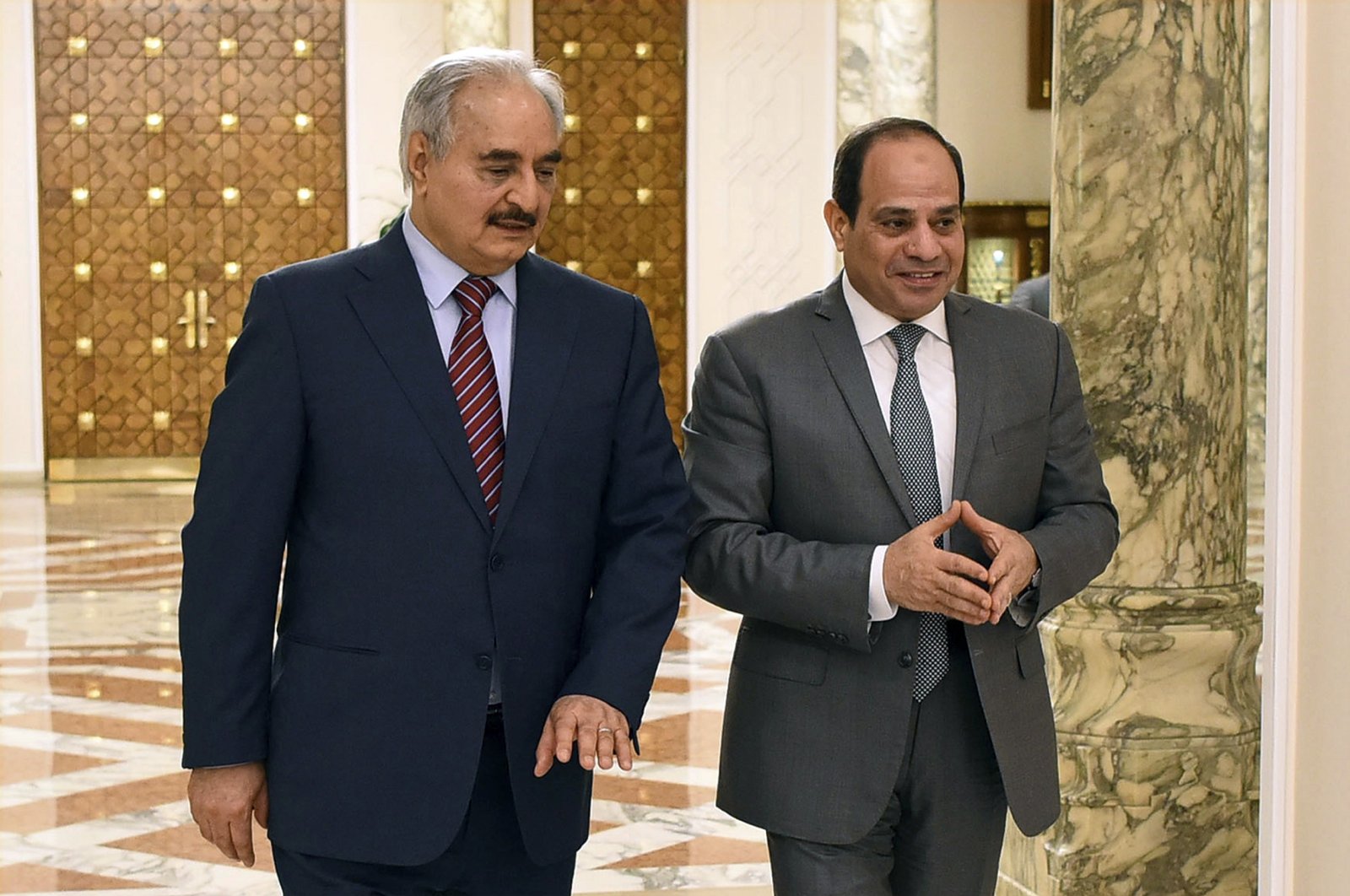 El-Sissi "stressed the importance of the upcoming Libyan elections in respecting and activating the free will of the ... Libyan people," a presidential statement said.

During a visit to Tripoli on Tuesday, United States Department of State Counselor Derek Chollet said the war-torn country had "the best opportunity ... in a decade to bring the conflict to closure."

Dbeibah, a 61-year-old engineer, was selected as interim prime minister by 75 Libyan delegates at United Nations-led talks outside Geneva, the culmination of a dialogue process launched in November.

Critics accused him of failing to follow due process and seeking to favor Haftar.

The putschist general, who lived in the U.S. state of Virginia for decades before returning during the revolution, leads forces that have de facto control over Libya's east and part of the south.

He is increasingly expected to run in the country's presidential poll later this year.

Cairo has long been seen as one of Haftar's main supporters.

Egypt's war-scarred neighbor is trying to extricate itself from a decade of turmoil following the 2011 toppling of dictator Moammar Gadhafi.

The statement added that in his meeting with Dbeibah, el-Sissi rejected all forms of "foreign interference" in Libya, in an implicit rebuke of Turkey's military backing of Tripoli-based U.N.-recognized Government of National Accord.

Relations between Turkey and Egypt deteriorated after then General el-Sissi toppled the country’s first democratically elected president, Mohammed Morsi, in a coup after only a year in office, but there have recently been efforts to revive ties.

Turkey and Libya signed agreements on security and maritime borders in 2019. The maritime deal enabled Turkey to secure its rights in the Mediterranean while preventing any fait accompli by other regional states. However, Greece, one of the main regional actors, did not welcome the deal and regarded it as a violation of its rights, though international law proves otherwise.

The Kremlin-linked firm Wagner Group has also been accused of supporting Haftar by sending guns-for-hire to destabilize the country.

Haftar's forces were routed from the country's west last year, and the two camps signed a cease-fire deal in Geneva in October.