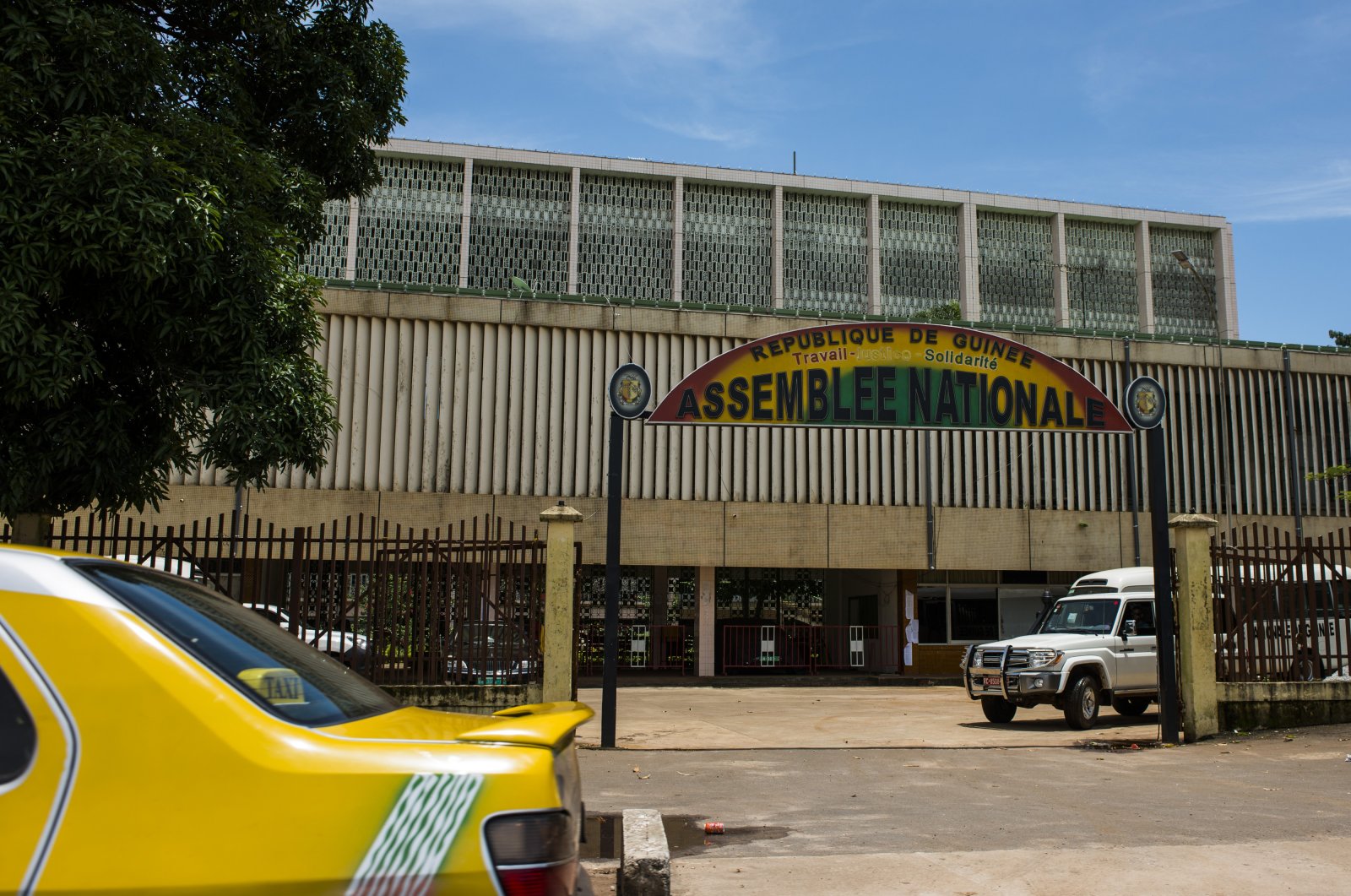 A Guinean army colonel seized control of state television airwaves Sunday and announced that President Alpha Conde's government had been dissolved hours after heavy gunfire erupted near the presidential palace.

Conde's whereabouts were not immediately known, and Col. Mamadi Doumbouya made no mention of the 83-year-old president whose popularity has plummeted since he sought a third term last year.

“The personalization of political life is over. We will no longer entrust politics to one man, we will entrust it to the people,” Doumbouya said, adding that the constitution was also dissolved and land borders now closed.

An unidentified soldier, draped in Guinea's national flag and surrounded by eight other armed soldiers, said they planned to form a transitional government and would give further details later.

A Reuters reporter saw two convoys of armored vehicles and pick-up trucks heading towards Conakry Autonomous Port, also near the palace. The convoy was accompanied by a white vehicle that appeared to be an ambulance.

Conde has faced mounting criticism ever since he sought a third term in office last year, saying the constitutional term limits did not apply in his case. He was ultimately reelected, but the move prompted violent street demonstrations, and the opposition said dozens were killed.

Guinea is among the world's poorest countries, despite its rich mineral resources, and has been beset by political instability for years.

Conde came to power in 2010 in the country’s first democratic elections since independence from France in 1958. Many saw his presidency as a fresh start for the mineral-rich country, which has been mired by decades of corrupt, authoritarian rule.

Opponents, though, say he has failed to improve the lives of Guineans.

In 2011, he survived an assassination attempt when mutinous soldiers fired at the palace.