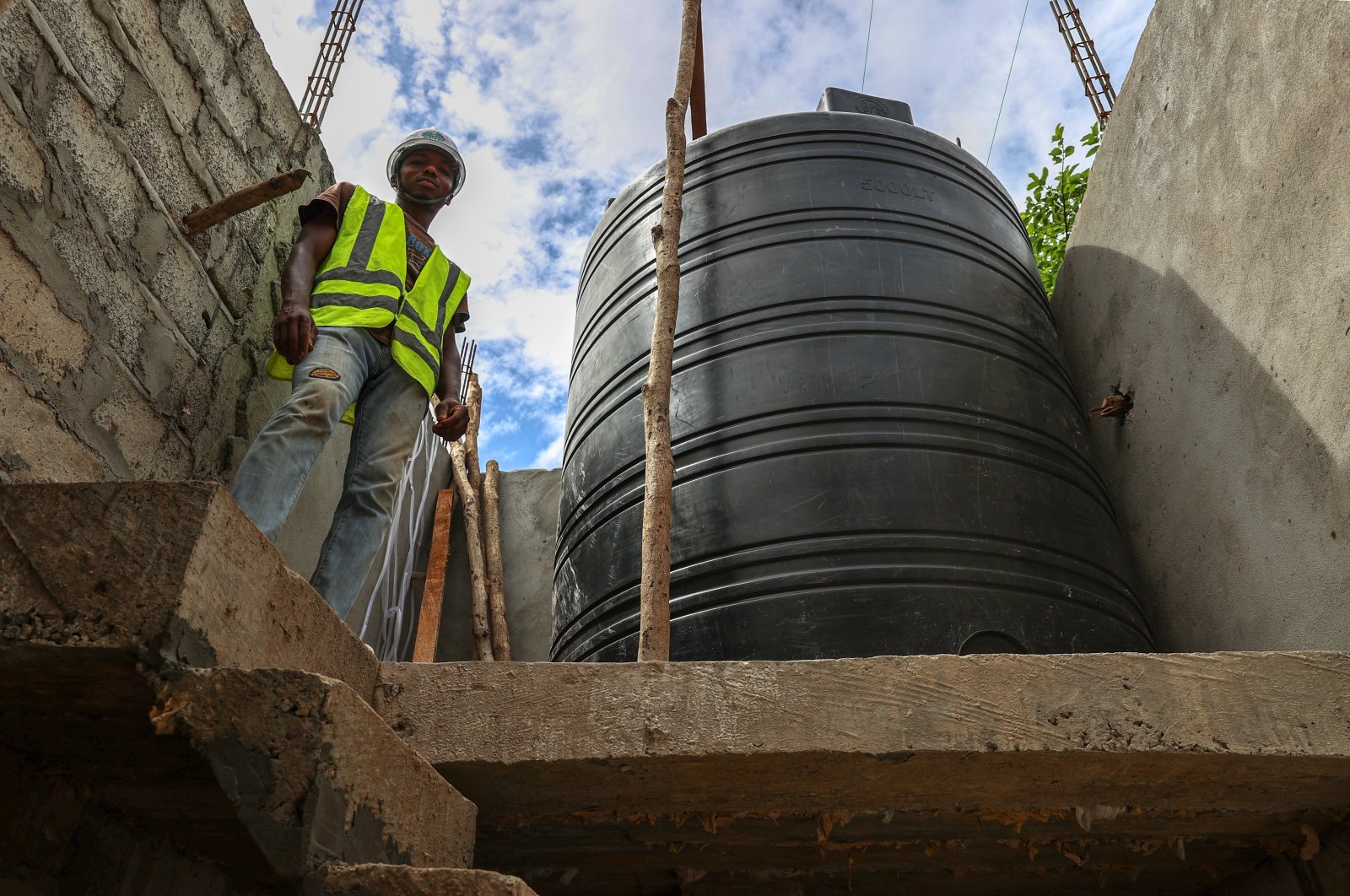 The Turkish Diyanet Foundation (TDV) will soon deliver clean water to thousands in the West African country of Guinea thanks to the water wells it has built.

The foundation, linked to Turkey’s Presidency of Religious Affairs (Diyanet), has already constructed several water wells in dozens of countries, particularly in Africa. Its latest project will address the problem of access to clean water for Guinea, one of the poorest countries in the world and where more than 13 million people live.

The wells, which will serve residents of the cities of Boke and Boffa, are equipped with a 5,000-liter (1,320-gallon) water tank and eight taps and generate their own energy with solar panels installed on their exterior.

Cevdet Can Canikli, Turkey’s acting ambassador in Conakry, says Turkey has always stood with Guinea and he thanked the charity for expanding Turkey’s outreach in the country. “Such aid shows the strength of Turkey in terms of contributing to the solidarity among Muslims. May Allah bless all the donors for these water wells,” he said.

Bekir Belada, a TDV official in Guinea, said they already organized an aid campaign in Guinea on the occasion of last week’s Qurban Bayram (Eid al-Adha) and the water wells will add value to their aid. “Two wells will soon be available for use and a third one is under construction. They will be the first water wells we installed in Guinea. Nearly 10,000 people will benefit from water from those wells. These people are in serious need of clean, healthy water,” he told Anadolu Agency (AA).

Ibrahim Sy, the representative of the Lambandje neighborhood where a well is being built, thanked TDV and Turkey for the well. “People of Turkey showed they are our brothers and sisters by noticing our plight. We are pleased. This well will provide constant water to about 6,000 people here,” he said.

Guinea is among countries included in Turkey’s pursuit of developing strong relations with African countries. Turkish President Recep Tayyip Erdoğan was the first Turkish president to visit the country in 2016, three years after embassies were mutually opened in 2013 in Ankara and Conakry. Turkish charities have stepped up efforts in recent years to build water wells in Africa, which faces a chronic water shortage problem. From the Turkish Red Crescent (Kızılay) to Humanitarian Aid Foundation (IHH), charities have built hundreds of water wells on the continent, from Senegal to Tanzania.