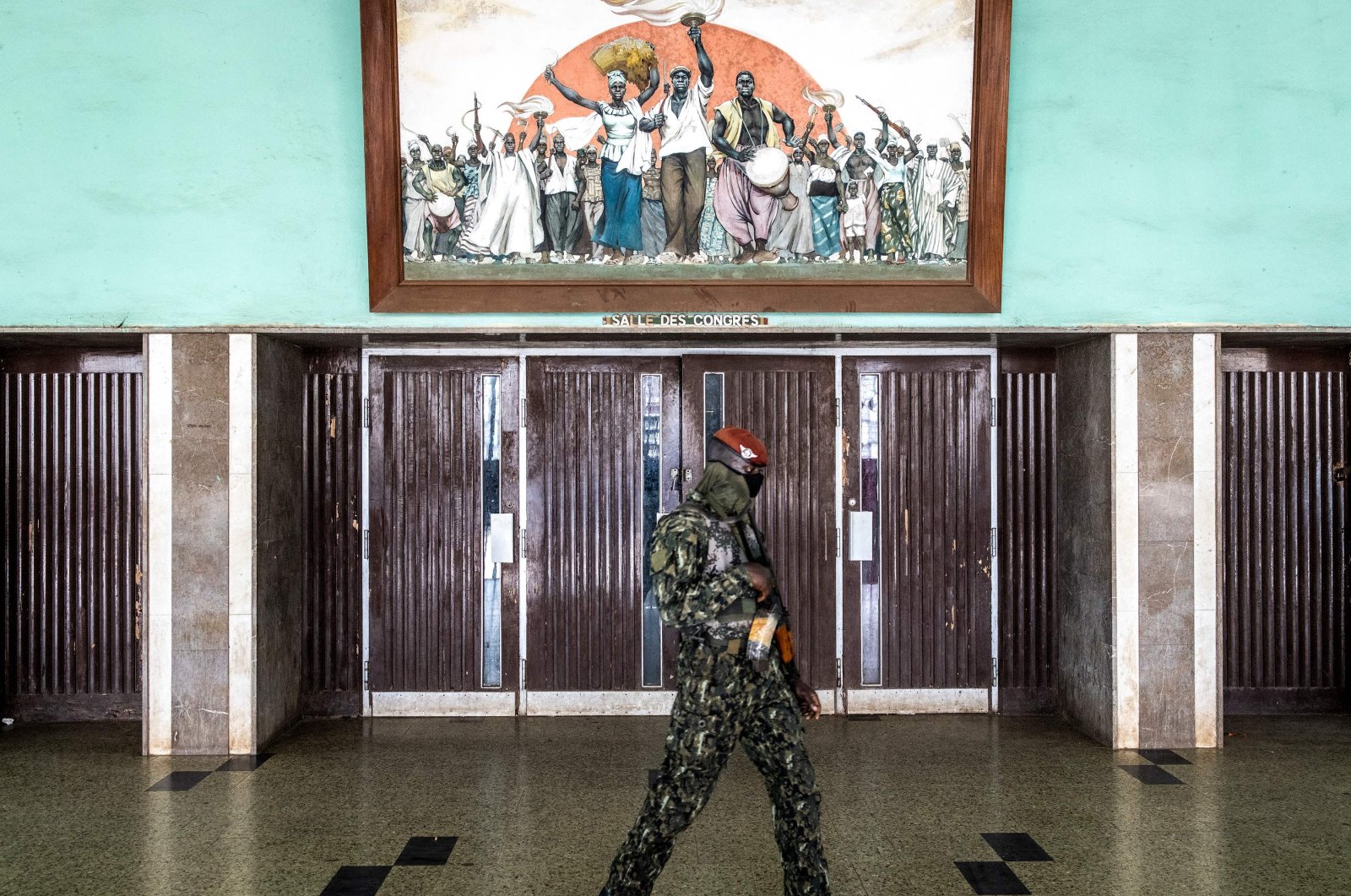 The military rulership of Guinea kicked off a four-day series of talks Tuesday, intended to pave the way to a return to civilian rule after a putsch in the West African state earlier this month.

The junta, which has come under intense diplomatic pressure since seizing power on Sept. 5 from President Alpha Conde, began talks with politicians and religious leaders on Tuesday.

It will then meet civil-society figures, diplomats, trade unionists and mining executives through to Friday.

Soon after seizing power, coup leader Lt. Col. Mamady Doumbouya accused the Conde government of "trampling citizens' rights" and pledged to form a government of "national unity" that will guarantee a transition.

But what exactly he has in mind remains unclear – and there are questions about how long the military intends to cling to power.

Doumbouya was expected to make a statement at the start of the talks Tuesday, which were held behind closed doors.

Only one person per political party was invited, however, political figures turned up at the palatial parliament building in the capital Conakry in great numbers.

"We need to stabilize the political environment and restore confidence among Guineans," said Camara Lamine Singuila, a spokesperson for a small party.

Albert Keita, the head of a party that opposed Conde, said: "We don't know what will happen inside. There is no road map."

The military takeover came amid rising criticism in Guinea of Conde, 83, for his perceived authoritarianism, but nevertheless sparked broad international condemnation.

It raised fears about democratic backsliding in the region, following a similar coup in Mali last year.

West Africa bloc ECOWAS and the African Union suspended Guinea after the putsch. The United Nations, the European Union and the United States also condemned it.

Guinea's neighbors and trading partners, concerned about instability in the mineral-rich country, will be watching this week's consultation closely.

All of the country's main political parties – including Conde's RPG party – have said they will participate.

In a televised statement Monday evening, the junta announced they would be reopening all of the nation's land borders from Wednesday. Some had been shut after the coup, others before elections last year, officially for security reasons, a move that had caused diplomatic tensions with neighboring countries.

The junta also said that a "draft charter" on the transition will be drawn up at the end of this week's consultation. Details remain scarce, however. It is not clear what form the transitional government will take, nor how long it will last, nor what role the military might play.

Guinea's putschists quickly dissolved the government and the constitution after the coup. That constitution had been at the center of political tensions under Conde.

Last year, Conde pushed through a new version that allowed him to run for a third presidential term in October 2020. The move triggered mass demonstrations in which dozens of protesters were killed. Conde won the election but the political opposition maintained the poll was a sham.

Parts of Conakry erupted in joy at news of the coup, with residents flooding the streets to applaud the army.

The junta subsequently released scores of political opponents detained under Conde, and in a sign of apparent goodwill, dismantled roadblocks across the capital.

But Guinea's current predicament has drawn parallels with its neighbor Mali, which has suffered two coups since August last year, led by Col. Assimi Goita.

Mali's military committed to restoring civilian rule, under diplomatic pressure. But over a year on, the army is still firmly in power in the neighboring country and there are growing doubts about its promise to stage elections in February.