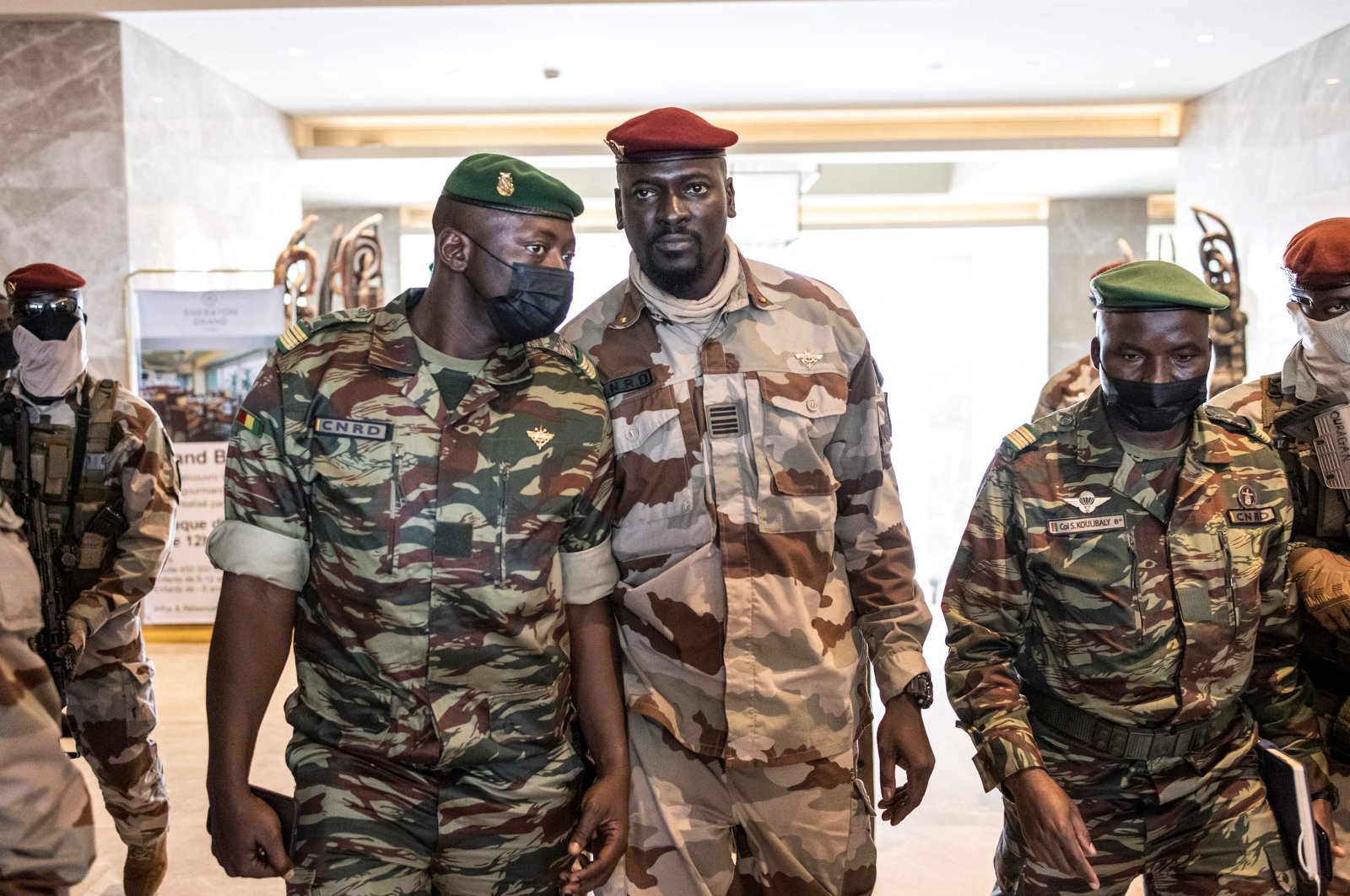 President of the National Committee for Rally and Development (CNRD) Col. Mamady Doumbouya (C) leaves a meeting with high-level representatives of the Economic Community of West African States (ECOWAS) in Conakry, Guinea, Sept. 17, 2021, (AFP Photo)
by Agencies
Oct 07, 2021 10:53 am

After a military coup in the West African country of Guinea last month, rebel leader General Mamady Doumbouya has appointed a former U.N. official as the new prime minister to lead a government that will lead the country's transition to civilian rule.

Doumbouya, who was sworn in as interim president Friday, announced Mohamed Beavogui’s new position in a decree read on state TV late Wednesday.

Beavogui, an agricultural expert, has worked for at least two United Nations agencies, the International Fund for Agricultural Development (IFAD) and also the Food and Agriculture Organization (FAO).

As Guinea's transitional prime minister, Beavogui will be responsible for coordinating government action and implementing the transition charter that aims to work toward a civilian government.

While the junta has outlined its transition government and pledged to organize democratic elections, it has yet to set a certain timeframe for doing so.

According to Doumbouya, the rebels want to draft a new constitution, reform the electoral system, fight corruption in the country and launch free and transparent elections.

On Sept. 5, a military junta led by Doumbouya arrested President Alpha Conde and took control of the country, which has a population of about 13 million people.

The U.N., European Union and the U.S. also condemned the coup and called for the junta to release the 83-year-old Conde, whose exact whereabouts remain unknown.