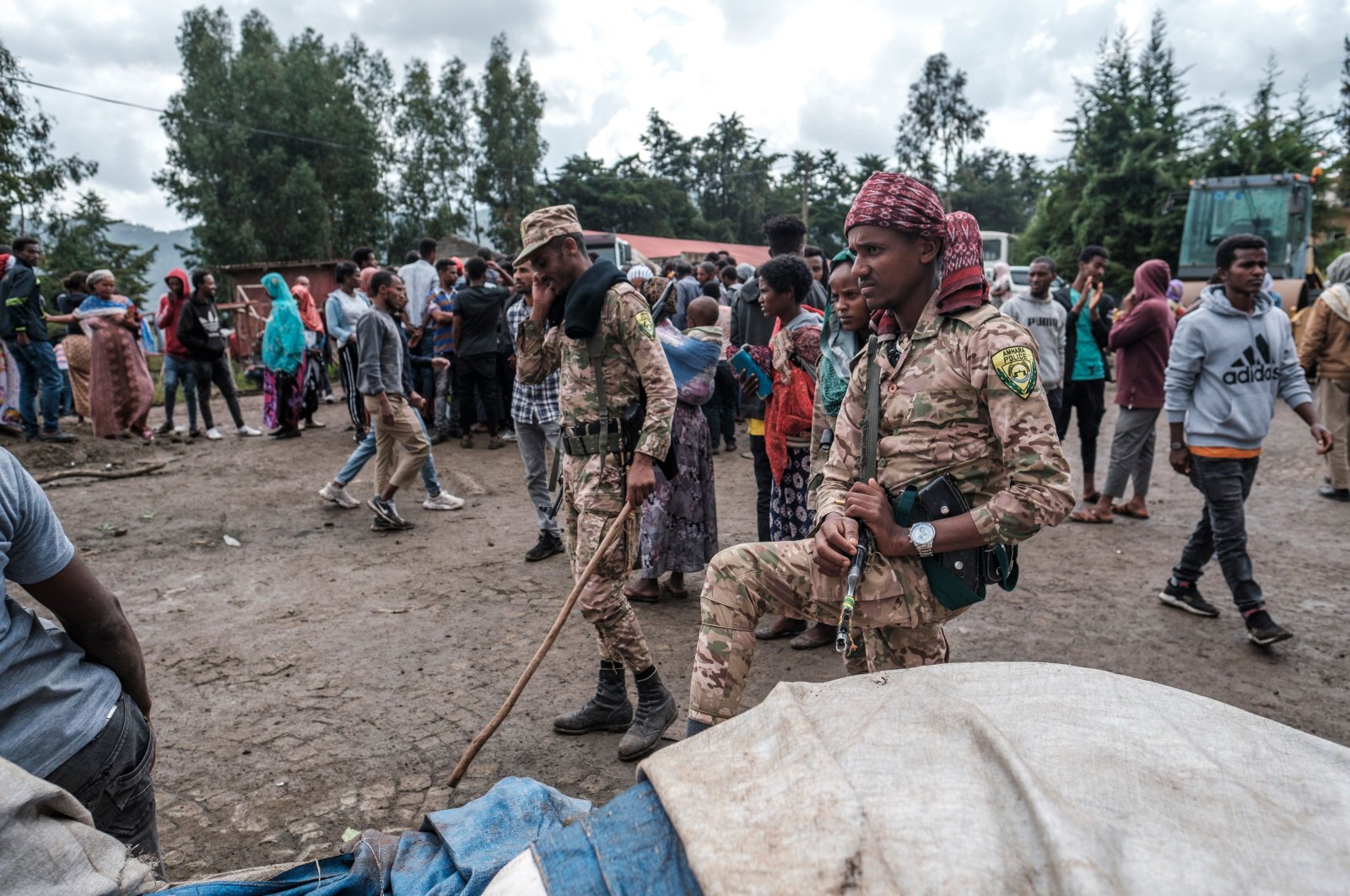 Members of the Special Force of the Amhara Police stand next to sacks of food during a food distribution for internally displaced people (IDP) from the Amhara region, in the city of Dessie, Ethiopia, Aug. 23, 2021. (Photo by Eduardo Soteras via AFP Photo)
by French Press Agency - AFP Aug 26, 2021 5:42 pm

More than 150 people were killed in an attack carried out by shooters last week in a restive part of western Ethiopia that sparked deadly reprisals, the Ethiopian Human Rights Commission (EHRC) said Thursday.

"The area's residents and others have told the commission more than 150 people were killed by the gunmen," the state-affiliated but independent commission said in a statement.

The Aug. 18 attack occurred after security forces withdrew from a part of Oromia, a troubled region in Ethiopia's west, the commission said.

Witnesses told the EHRC that the shooters were affiliated with the Oromo Liberation Army (OLA), an armed group blamed for violence in western and southern Ethiopia.

The killings sparked an exodus of residents, mainly women and children, to neighboring areas and "ethnic-based reprisal attacks" that left more than 60 people dead in the days afterward, the commission said.

The OLA, believed to number in the low thousands, broke off from the Oromo Liberation Front (OLF), an opposition party that spent years in exile but was allowed to return to Ethiopia after Prime Minister Abiy Ahmed took office in 2018.

Abiy's government has blamed the OLA for a number of recent massacres targeting ethnic Amharas, the country's second-largest group, though the militants have denied responsibility.