Internet restricted ahead of anti-coup protest in Sudan's Khartoum 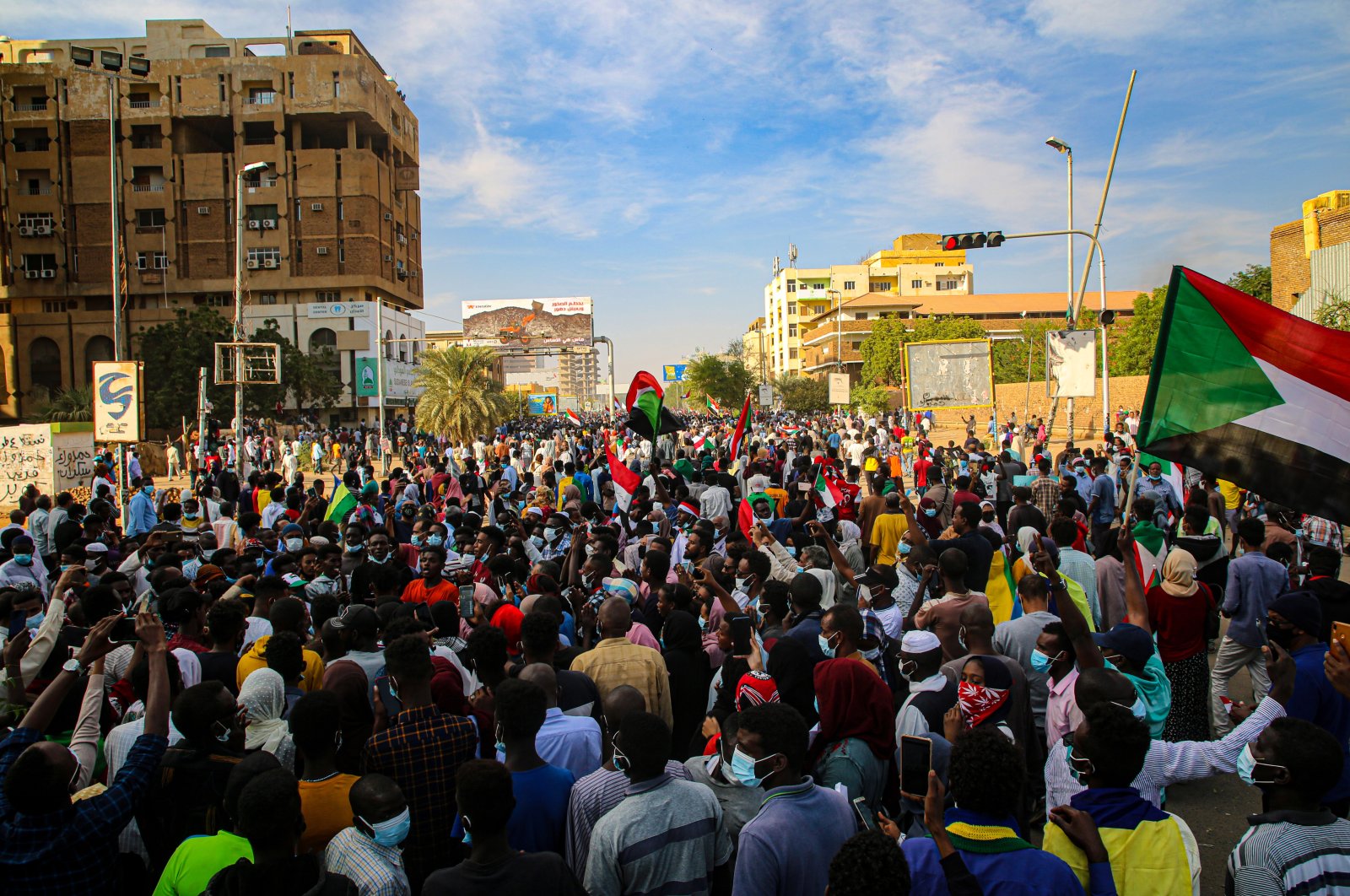 Sudanese protestors chant during protest near the Republican Palace in the capital Khartoum, Sudan, Dec. 19, 2021. (EPA Photo)
by REUTERS Dec 25, 2021 11:10 am
RECOMMENDED

In anticipation of the tenth demonstration by opponents of the military rule in Sudan and against the coup perpetrated on Oct. 25, the internet service was suspended Saturday in the capital, Khartoum, a Reuters witness said.

Soldiers and Rapid Support Forces were out in force blocking roads leading to bridges linking Khartoum with Omdurman, its sister city across the Nile river, the witness said.

The SUNA state news agency reported that the province of Khartoum closed bridges on Friday evening in anticipation of the protests.

"Departing from peacefulness, approaching and infringing on sovereign and strategic sites in central Khartoum is a violation of the laws," SUNA reported, citing a provincial security coordination committee.

"Chaos and abuses will be dealt with," it added.

Protests against the coup have continued even after the reinstatement of the deposed prime minister, Abdallah Hamdok, last month, with demonstrators demanding no more government role for the military in a transition to free elections.

A senior official in one of the internet service provider companies in Sudan told Reuters that the disruption to the service followed a decision by the National Telecommunication Corporation, which oversees the sector.

The march planned for Saturday is due to converge on the presidential palace but the demonstration will end at 5 p.m. local time (3 p.m. GMT), organizers say.

Last Sunday, hundreds of thousands of people marched to the presidential palace, leading to security forces firing volleys of tear gas and stun grenades as they dispersed protesters who had been trying to organize a sit-in.

Forty-eight people have been killed in crackdowns on protests since the coup, the Central Committee of Sudanese Doctors said.

Hamdok was reinstated on Nov. 21.