Scores of people protest against coup at Sudan's presidential palace 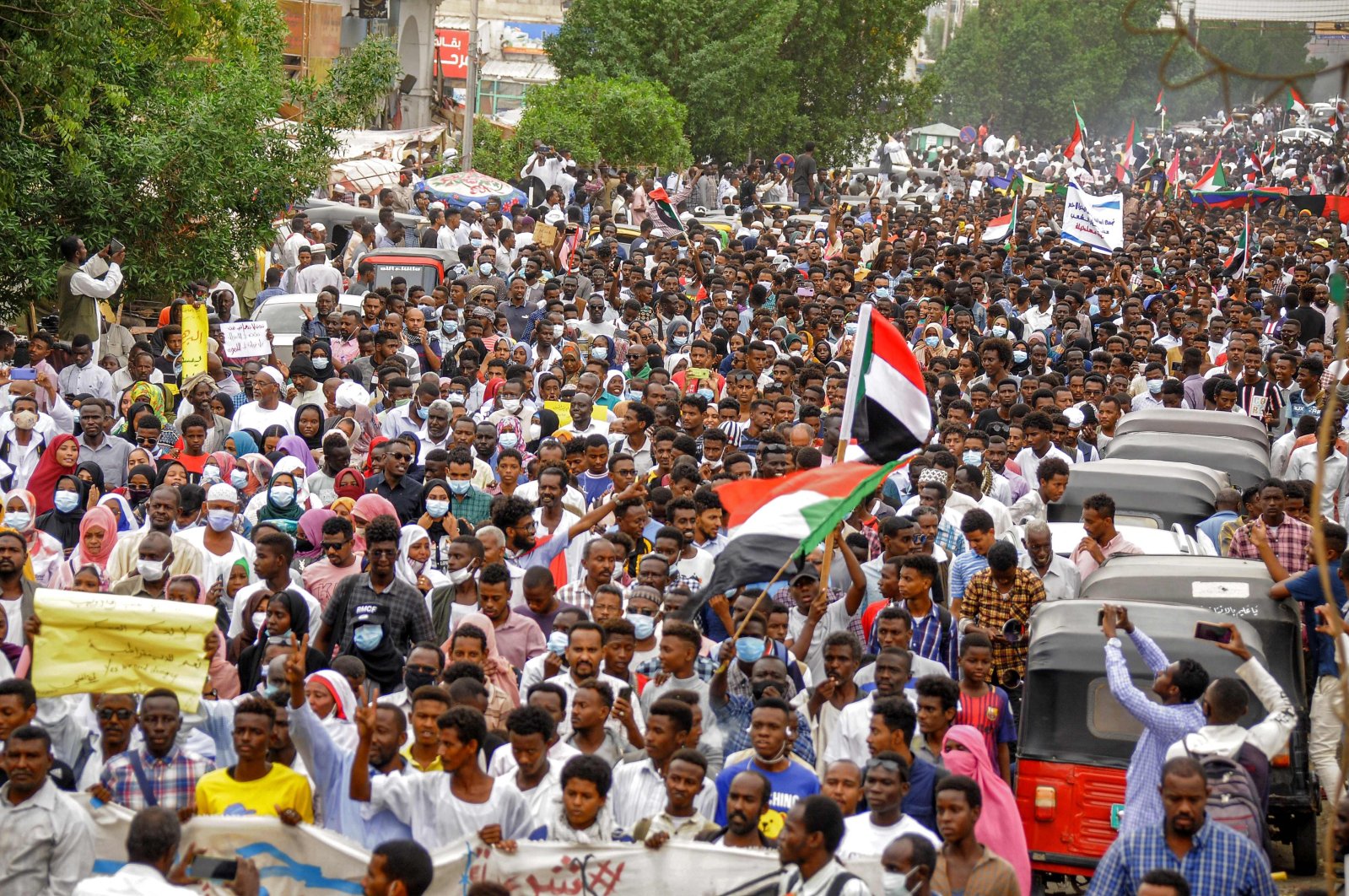 Hundreds of thousands of people flooded Sunday to the presidential palace in Sudan's capital Khartoum in protest of the Oct. 25 military coup, drawing volleys of tear gas and stun grenades from security forces, witnesses told Reuters.

The outpouring of protest marked the third anniversary of demonstrations that touched off a popular uprising that led to the overthrow of long-ruling autocrat Omar al-Bashir.

Protests against the coup have continued even after the reinstatement of the prime minister last month, with demonstrators demanding no more military involvement at all in government in a transition towards free elections.

Demonstrators gathered less than a kilometer (0.6 miles) from the palace, chanting "the people are stronger and retreat is impossible," with some darting into side streets to dodge volleys of tear gas.

They then set out for the presidential palace, encountering bursts of tear gas and stun grenades, witnesses said. They still managed to reach the gates of the palace, unlike previous recent demonstrations, but later faced a new round of heavy tear gas.

There were no immediate reports of injuries or arrests.

Despite security forces blocking bridges over the Nile river into the capital, protesters were able to cross a bridge connecting the city of Omdurman to central Khartoum but were met with heavy tear gas, Reuters witnesses said.

Reuters witnesses also watched protesters crossing a bridge from Bahri, north of Khartoum, to the capital.

Demonstrations were also planned in other cities across the country, and images shared on social media showed protests beginning in cities including Port, El-Deain, Madani and Kassala.

On Saturday night, Prime Minister Abdalla Hamdok warned in a statement that Sudan's revolution faced a major setback and that political intransigence from all sides threatened the country's unity and stability.

Security forces sealed off major roads leading to the airport and army headquarters and, together with joint army and paramilitary Rapid Support Forces, were heavily deployed around the presidential palace.

Protesters blocked roads around the area where the initial rally was taking place. Some were carrying Sudanese flags and photos of protesters who were killed in demonstrations in the past few months. Others were handing out COVID-19 masks and carrying stretchers in anticipation of people being wounded.

It was the ninth in a series of demonstrations against the Oct. 25 coup that have continued even after the military reinstated Hamdok, who had been under house arrest, on Nov. 21 and released him and other high-profile political detainees.

The Central Committee of Sudanese Doctors says 45 people have been killed in crackdowns on protesters since the coup.

The military and civilian political parties had shared power since Bashir's removal. But the agreement reinstating Hamdok angered protesters, who previously had seen him as a symbol of resistance to military rule and denounced his deal with the military as a betrayal.

Civilian parties, and neighborhood resistance committees that have organized several mass protests, demand full civilian rule under the slogan "no negotiation, no partnership, no legitimacy."

On Saturday night and early Sunday morning, people arrived in bus convoys from other states, including North Kordofan and Gezira, to join the protests in Khartoum, witnesses said.