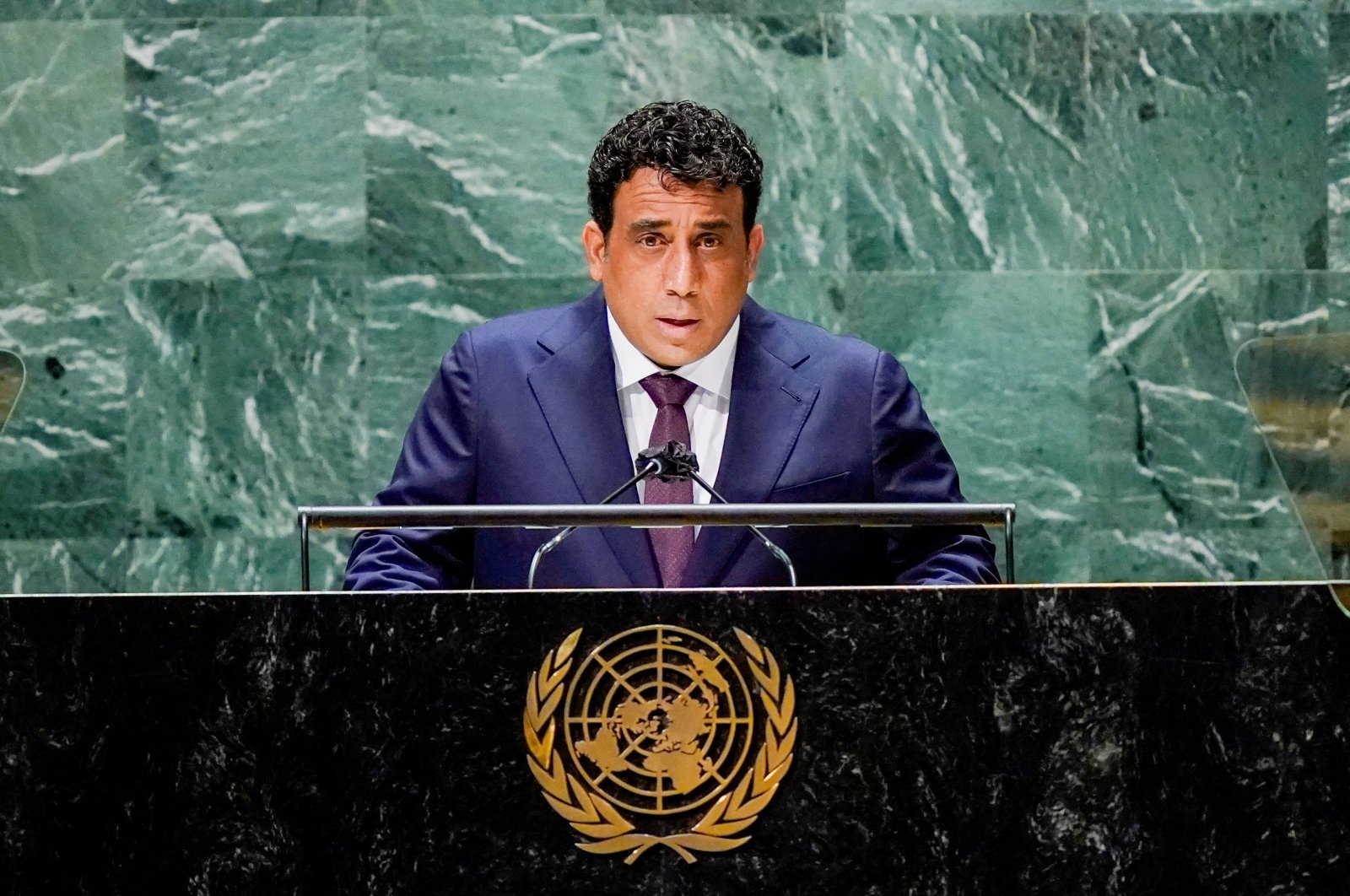 Libya is at a "critical juncture," the head of the country's three-person Presidential Council, Mohammad Younes Menfi, said on Thursday, adding that he will hold an international conference in October to garner support for the country's stability.

Speaking at the U.N. General Assembly, Menfi warned that Libya faces "serious challenges" that could undermine the planned December elections.

He said the conference would aim to ensure "unified, consistent" international support and restore a sense of Libyan leadership and ownership over the country's future.

"We are faced with serious challenges and quick-paced developments, which compel us – out of responsibility – to think of more realistic and practical options to avoid an impasse in the political process, which could in turn, undermine the looming elections and bring us back to square one," he said.

National elections, planned for Dec. 24, were pushed as a way to end Libya's decadelong crisis, but have been enmeshed in bitter arguments over legitimacy that may unravel a monthslong peace process.

"Libya is at a critical juncture," Menfi said.

French Foreign Minister Jean-Yves Le Drian told reporters in New York on Monday that France, Germany and Italy would co-host an international conference on Libya on Nov. 12 to ensure the electoral calendar would remain in place.

In 2014, eastern and western factions split Libya in two in a civil war, with an internationally recognized government in Tripoli and a rival administration backed by the House of Representatives in the east.

The Dec. 24 election was mandated by the Libyan Political Dialogue Forum, a U.N.-selected assembly that set a road map for peace in Libya, a major oil producer, through installing a unity government and holding a nationwide vote.

Until elections are held, the assembly selected a three-man Presidential Council headed by Menfi and installed Abdul Hamid Mohammed Dbeibah as prime minister of the interim government.

Eighty-nine of the 113 lawmakers who attended the lower house session in the eastern city of Tobruk voted to withdraw confidence from Dbeibah's Tripoli-based administration on Tuesday.

The latest escalation came amid tensions between the House of Representatives and Dbeibah's government, which took office earlier this year with a mandate to guide the North African country to elections on Dec. 24. Those polls look increasingly unlikely to happen amid the escalating political wrangling, casting doubt on a United Nations-led process aimed at ending a decade of violence since the fall of dictator Moammar Gadhafi.

While the ensuing United Nations-led peace process has led to a period of calm, wrangling over electoral laws and the presence of foreign forces has complicated moves toward more permanent peace.

The U.N. Support Mission in Libya (UNSMIL) expressed concern at Tuesday's developments and urged the parliament "and all relevant institutions and political actors to remain focused on completing the preparation of the constitutional and legislative framework" for the Dec. 24 vote.