Libya's Haftar steps down from military role to run for president 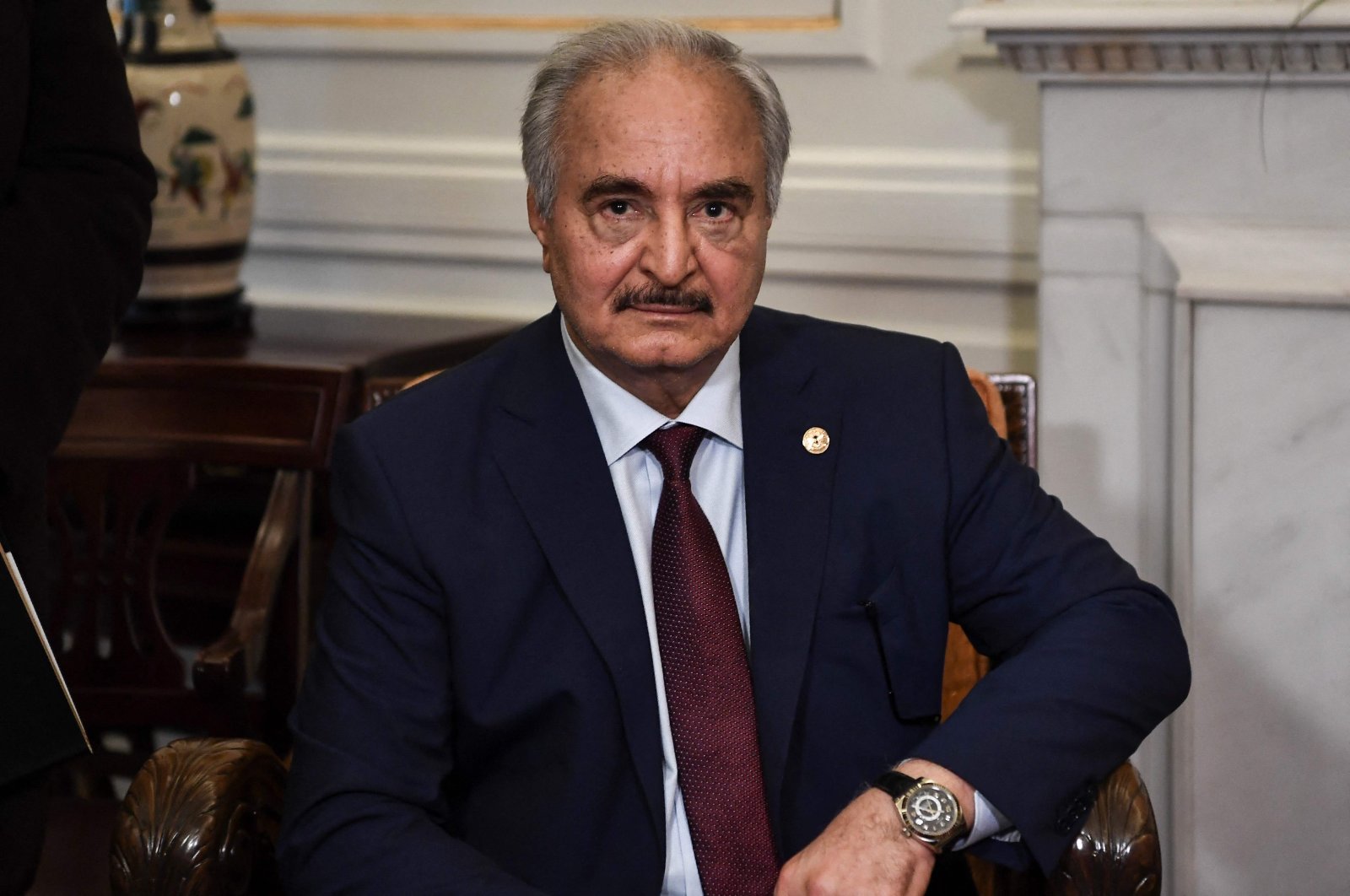 Libya's eastern-based putschist Gen. Khalifa Haftar announced Wednesday he was suspending his military activities, a step which could lead to his candidacy in elections later this year.

In a statement, Haftar said he had named an interim replacement as head of the self-proclaimed Libyan National Army (LNA) until December 24, the date of the legislative and presidential vote.

Temporarily elevating his chief-of-staff to the post "appears to be the informal announcement of his intention to run for president," Libya analyst Emadeddin Badi said in a tweet.

They cite a clause stipulating that military officials may stand in presidential polls, on the condition that they withdraw from their roles three months beforehand -- and that, if unsuccessful, they will have the option of returning to their military post.

That would allow for a presidential run by Haftar, whose forces control eastern Libya, where the parliament is based, as well as parts of the south.

In the statement, Haftar, 77, said his replacement General Abdelrazak al-Nadhuri "will occupy the functions of General Commander for a period of three months" from September 23 to December 24.

Haftar had waged a year-long assault on Tripoli, leaving thousands dead, before reaching a formal cease-fire with his western opponents in October last year.

The white-haired field marshal spent much of the last decade leading military campaigns but after his humiliating rout last year, he is now seeking power at the ballot box.

Libya has seen months of relative peace since the agreement, with a new unity government taking power early this year charged with leading the country until the December elections.

The lull in violence and a United Nations-led transition process have sparked hopes that the oil-rich North African country could move on after a decade of violence that followed the fall and killing of dictator Moammar Gadhafi in a 2011 revolt.

But on Tuesday Libya's parliament passed a no-confidence vote in the unity government, raising questions about plans for the December ballot.

A majority of lawmakers who attended the lower house session -- overseen by Saleh -- in the eastern city of Tobruk voted to withdraw confidence from the Tripoli-based unity administration of interim Prime Minister Abdul Hamid Dbeibah, spokesman Abdallah Bliheq said.

An upper house based in the capital rejected the vote, saying it violated established procedures, and laying bare once more the extent of divisions between the country's east and west.

Germany, which has played a leading role in diplomacy to end Libya's civil war, called Wednesday for the elections to go ahead.

"The international community expects Libyan officials in Tripoli and the rest of the country to work for presidential and legislative elections to take place as scheduled on December 24," German Foreign Minister Heiko Maas said as he co-chaired a high-level meeting on Libya at the U.N.

The United Nations estimates there are more than 20,000 mercenaries, including Russians, Syrians, Chadians and Sudanese, as well as foreign troops, deployed in Libya.