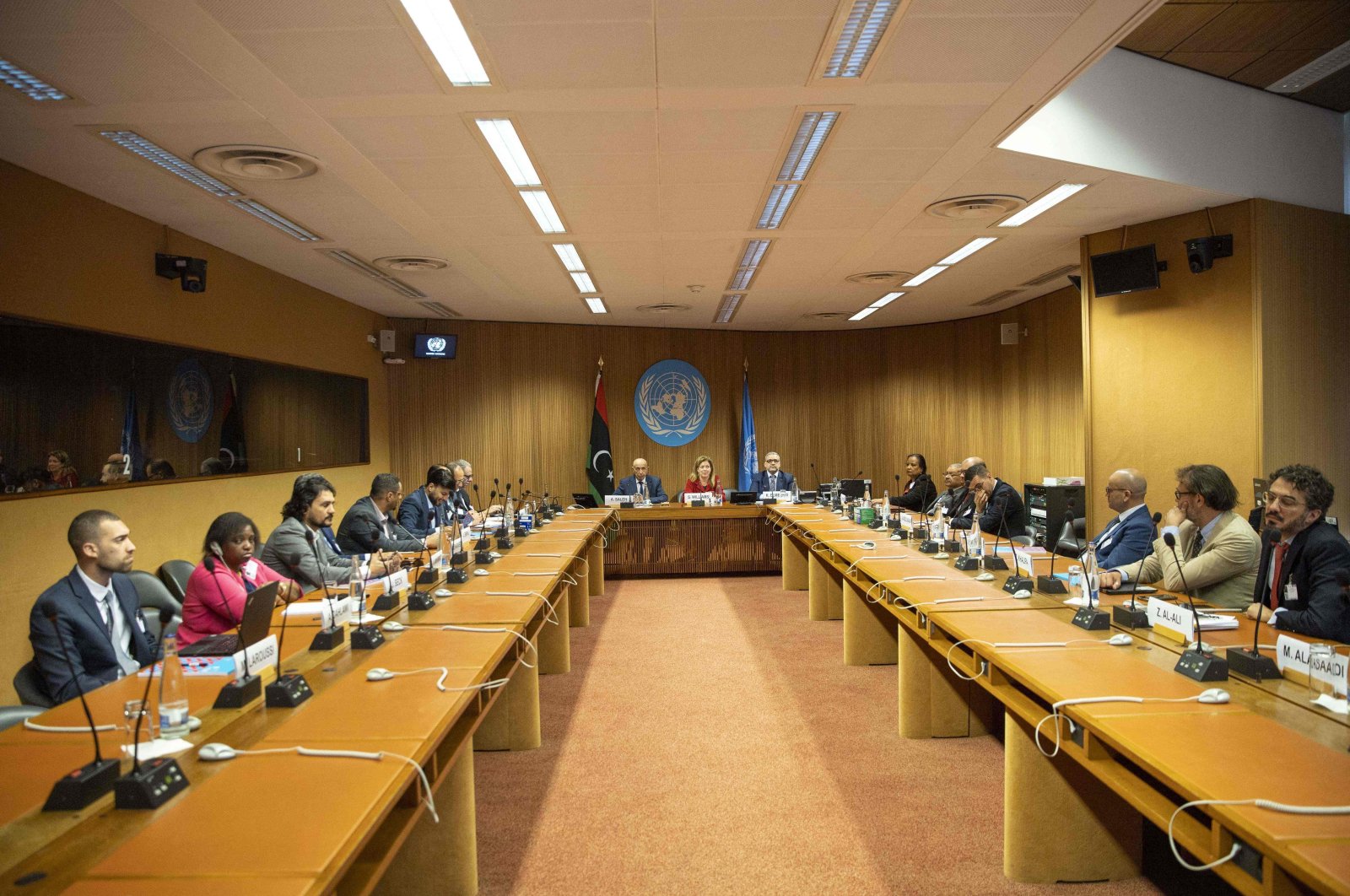 After two days of U.N.-mediated talks in Geneva aimed at reaching a deal on constitution and elections, the rival Libyan officials failed to resolve key differences, the United Nations said Thursday.

According to Stephanie Williams, the U.N. special adviser on Libya, the influential speaker of the country’s east-based parliament, Aguila Saleh, and Khaled al-Meshri, head of the government’s Supreme Council of State, based in the west in the capital of Tripoli, could not reach an agreement on the eligibility criteria for presidential nominees.

The talks in Geneva were the latest in U.N.-led efforts to bridge the gaps between the factions after the last round of talks in the Egyptian capital of Cairo failed to make headway.

“Despite the progress in this week’s negotiations between the heads of the respective chambers, disagreement persists on the eligibility requirements for the candidates in the first presidential elections,” said Williams.

Reports in local media in Libya have said that requirements for a presidential candidacy have been the most contentious point in all previous rounds of talks.

The Tripoli-based council insists on banning military personnel as well as dual citizens from running for the country’s top post — apparently, a move directed at putschist Gen. Khalifa Haftar, a U.S. citizen whose forces are loyal to the east-based administration.

Haftar had announced his bid in elections that were slated for last December but the vote was not held because of myriad issues, including controversial hopefuls who had announced bids and disputes about election laws.

“I urge the two chambers to overcome the pending disagreement as soon as possible,” said Williams. “I also continue to urge all actors and parties in Libya against taking any precipitous action and emphasize that calm and stability must be maintained.”

There are growing tensions on the ground, and sporadic clashes between rival militias recently erupted in Tripoli. Living conditions have also deteriorated, mainly because of fuel shortages in the oil-rich nation. Tribal leaders have shut down many oil facilities, including the country’s largest field.

The blockade was largely meant to cut off key state revenues to the incumbent Prime Minister Abdul Hamid Dbeibah, who has refused to step down. His opponents claim his mandate expired on Dec. 25, when the elections were supposed to take place.

The developments surrounding the non-vote plunged Libya deeper into political turmoil, with two rival administrations — one led by Dbeibah in Tripoli and another by Prime Minister Fathy Bashagha, appointed by the east-based parliament in February. Both Dbeibah and Bashagha claim power.

The rivalry has sparked fears the oil-rich country could slide back to fighting after tentative steps toward unity last year.

Libya has been wrecked by conflict since a NATO-backed uprising toppled and killed longtime dictator Moammar Gadhafi in 2011. The country was then for years split between rival administrations in the east and west, each supported by different militias and foreign governments.

Despite failing to agree on a framework for elections, Williams said the two Libyan leaders reached “unprecedented consensus" on issues such as the headquarters and distribution of seats for the two legislative chambers, distribution of powers among different executive authorities, delineation of provinces and other matters.

“The United Nations’ good offices will remain available to provide all support necessary to reach a sound agreement," she added, leaving the door open for possible further talks.

Analysts expect Bashagha to make another attempt to take over in Tripoli by reshuffling his government and giving more cabinet positions to allies of armed faction leaders in the capital.

Some of the armed forces in Tripoli and western areas would likely still oppose any move by Bashagha to take power because his government is backed by Haftar, who mounted a 14-month offensive against them from 2019-20.

With Dbeibah also contemplating a reshuffle to keep powerful factional allies on board, there is an increasing number of possible causes for conflict, Libya expert Jalel Harchaoui told Reuters.

"Officially nobody wants to fight. But the sheer number of sources of contention is growing," he said.

The U.S. Libya ambassador Richard Norland on Wednesday told Reuters that it would be possible to go ahead with an election even if the stalemate between Dbeibah and Bashagha was not resolved and different forces controlled different regions.

He said that if factions could agree on joint committee spending priorities and oversee transparent arrangements to manage and distribute oil revenue, then it could function as a pseudo-government until elections.

However, analysts fear that getting rival factions to resolve disputes over corruption and spending that have festered for years would be very difficult and the involvement of foreign powers could cause further complications.

"It may well disrupt the current fragile equilibrium much more than the initiative's U.S. sponsors anticipate," said Harchaoui.