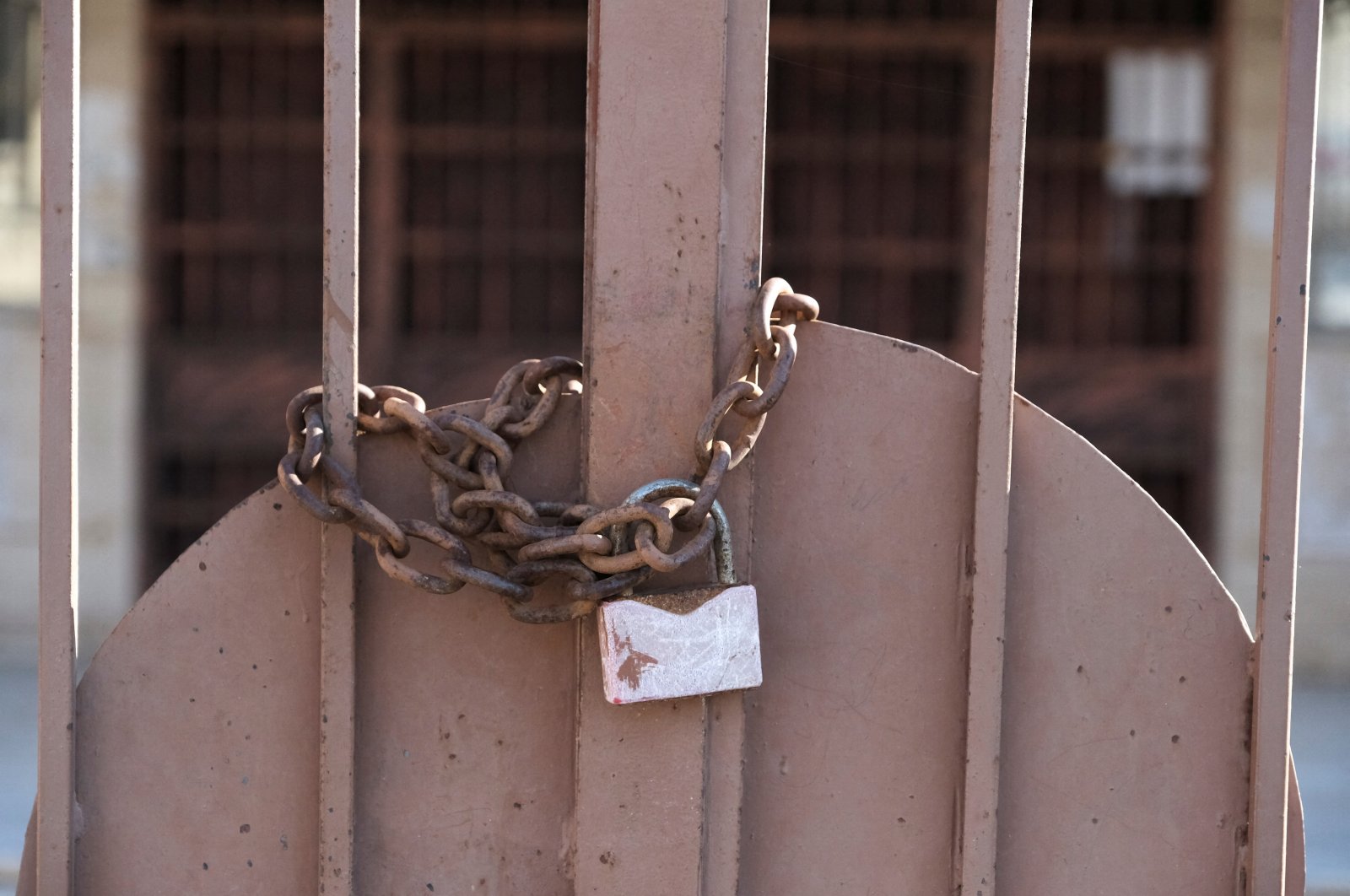 The polling station doors are closed after the elections were postponed by a month by the High National Elections Commission in Benghazi, Libya, Dec. 24, 2021. (Reuters Photo)
by DAILY SABAH WITH AP Dec 24, 2021 4:59 pm
RECOMMENDED

Following the cancellation of the elections component of the United Nations-facilitated political process in Libya, several parliamentary candidates called for protests on Friday.

While it was unclear to what extent Libyans would demonstrate publicly, the call underlines risks to a fragile stability in the oil-rich nation that's a haven for militias and still riven by an east-west divide.

Libya’s election commission has proposed Jan. 24 as a new date for the presidential poll, which was to be followed by parliamentary elections on Feb. 15. But no dates have been officially set or agreed upon by the country's rival factions.

“Do not be passive. Take to the streets and express your opinion. Force them to respect your will,” AlSalhen AlNihoom, a parliamentary candidate from the eastern city of Benghazi, wrote on his Facebook page.

Many parliamentary hopefuls have circulated a poster calling for rallies on what they dubbed “Salvation Friday.” The poster listed the demands of protesters, namely to set Jan. 24 as a final deadline for the poll.

Earlier this week, some 50 parliamentary hopefuls denounced the cancellation of the vote, insisting in a joint statement that the commission should set another final date for holding it. The statement called on Libyans to take to the streets to defend their “right to a safe, stable and sovereign” country.

For nearly a year, the planned election was the lynchpin of international efforts to bring peace to Libya.

But with several well-known figures – including the son of ousted dictator Moammar Gadhafi – declaring candidacy despite official bans, the election commission never published a list of accepted candidates.

Many observers had warned that either scenario – holding the vote on time or postponing it – would be a destabilizing setback.

On Thursday, U.N. Secretary General Antoni Guterres said that elections should be held “in the appropriate conditions,” according to a statement issued by his spokesperson. The U.N. top diplomat vowed that his organization will continue to support Libyan efforts to overcome challenges and hold both presidential and parliamentary elections as soon as possible.

Libya plunged into turmoil after the 2011 uprising that culminated in the overthrow and killing of longtime strongman Gadhafi. Eventually, the country split between rival governments – one in the east, backed by putschist Gen. Khalifa Haftar, and another, the U.N.-supported administration in the capital of Tripoli, in the west.

In April 2019, Haftar and his forces, backed by Egypt and the United Arab Emirates (UAE), launched an offensive to try and capture Tripoli. His campaign collapsed after Turkey stepped up its military support of the Tripoli government.

Mediated by the U.N., an October 2020 cease-fire led to the formation of a transitional government with elections scheduled for Dec. 24. But with the vote now canceled, the fate of that government is now unclear. The parliamentary committee said the government’s mandate ends Friday.

Two days earlier, the east-based parliament’s presidency tasked a 10-lawmaker committee to propose a new roadmap within a week. It said lawmakers would discuss the proposal in the next general session, without giving a date.