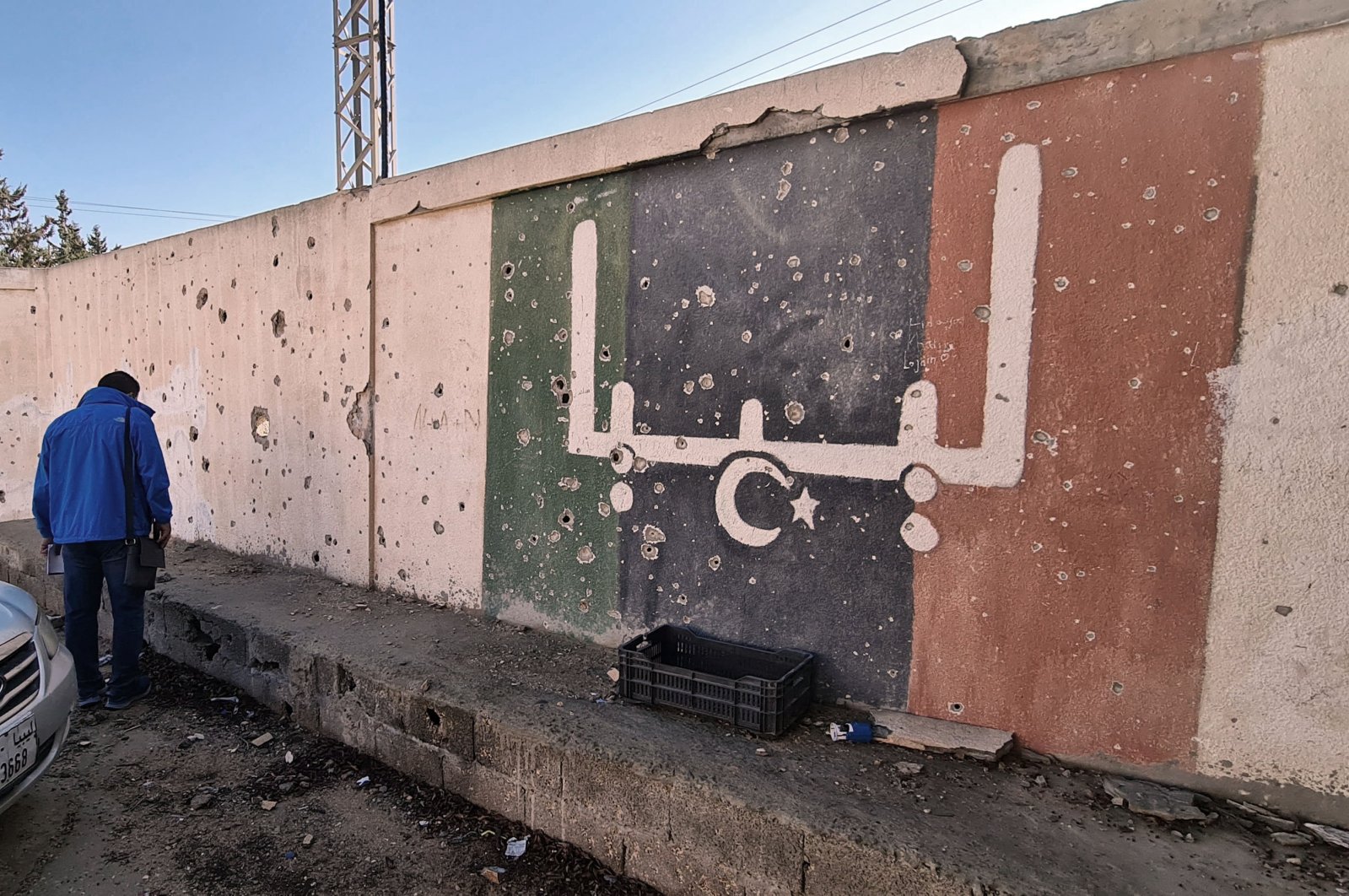 A Libyan volunteer takes part in an operation called by parents and teachers to renovate the Libya's Martyrs school, which was damaged during fighting between rival factions, in the capital Tripoli's suburb of Ain Zara, Nov. 19, 2020. (AFP Photo)
by DAILY SABAH WITH AGENCIES Nov 28, 2020 9:42 pm
RECOMMENDED

More than 120 Libyan deputies pledged Saturday in Morocco to "end the divisions" that undermine their country, starting by convening the elected parliament as soon as they return home.

At the end of five days of talks in Tangier, Morocco, 123 of the parliament's 180 members pledged to put an end to "hate speech" and "divisions" that undermine Libyan institutions.

They vowed to hold "parliamentary elections and to complete the transition as soon as possible," and that all members of the House of Representatives would meet in session "as soon as they return" to Libya.

Parliament has been divided into two groups: a group based in the capital Tripoli and the other group, led by the head of parliament Aqila Saleh, based in the eastern city of Tobruk.

Most of the deputies from the former National Congress, the parliament of Tripoli which was dissolved in 2016, now sit on the High Council of State chaired by Khaled al-Mishri.

The session will take place in Ghadames, a desert oasis near Libya's borders with both Algeria and Tunisia. Ghadames is considered to be far from the centers of power.

"Having 123 deputies at the same table is in itself a success," Moroccan Foreign Minister Nasser Bourita said.

"Libya needs a House of Representatives that plays its role ... The next meeting in Libya will have a great impact on political dialogue," he said.

The House of Representatives has not met for two years, as two rival administrations have been vying for control of the country, the U.N.-recognized Government of National Accord (GNA) and an eastern administration loyal to putschist Gen. Khalifa Haftar backed by part of the elected parliament.

The latter is deeply divided, with sessions taking place in parallel in the east and west.

The talks come at a time of increasing moves to break the deadlock in the country, which has Africa's biggest oil reserves.

In mid-November, a U.N.-sponsored political dialogue forum in Tunis agreed to hold elections on Dec. 24, 2021, but not on who will lead the transition.

The meeting, the first in years to bring together members of parliament from rival cities, also aimed to agree on a date for an official parliamentary session to be held inside Libya, although no mention was made of this.